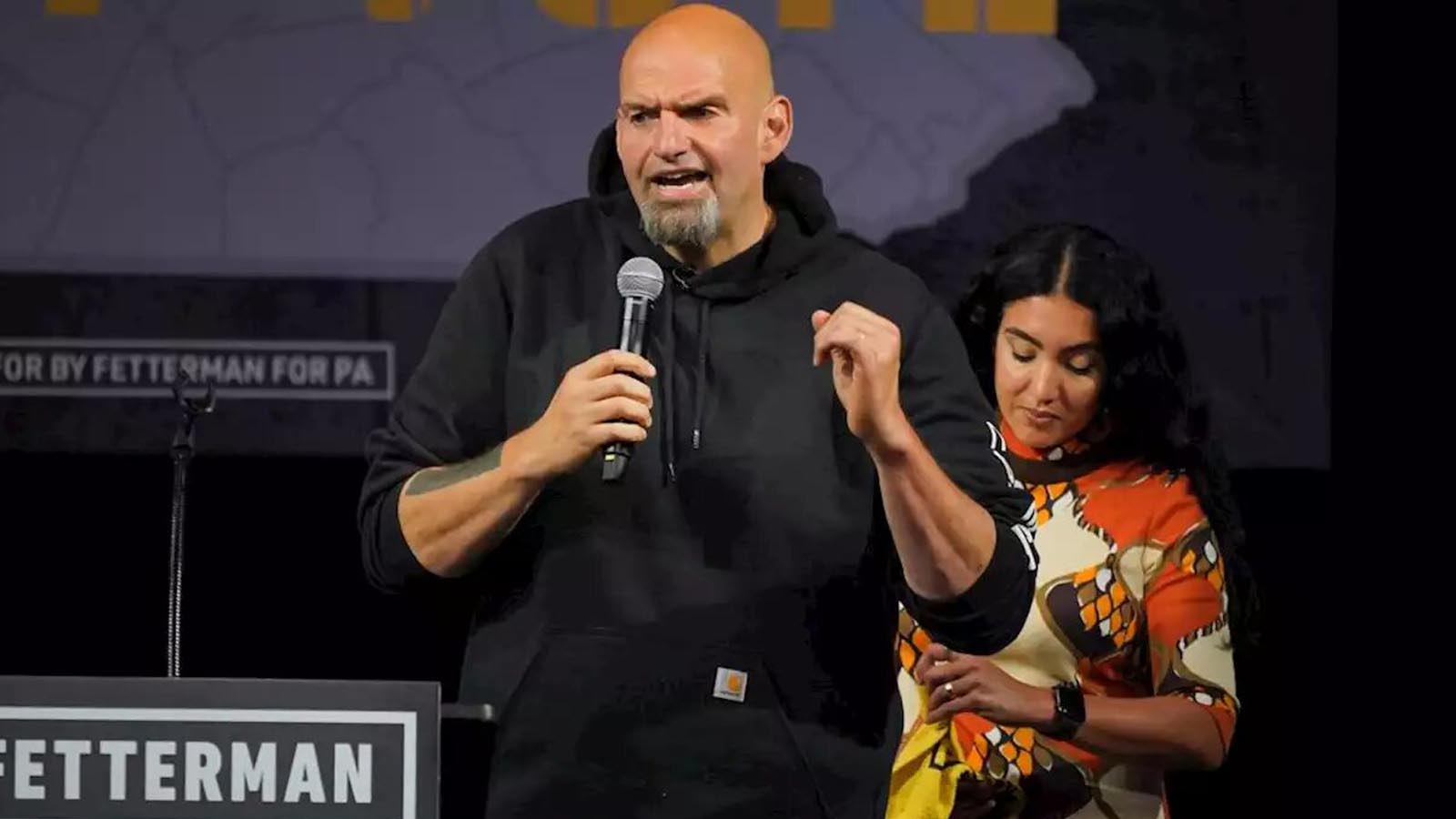 Rolling Stone is just a disaster if it’s not related to music, movies, or other entertainment, and their latest trainwreck concerns the Pennsylvania Senate Race. The piece itself isn’t wrong—it’s a lengthy profile of Gisele Fetterman, the wife of Democratic Senate candidate John Fetterman who is recovering from a severe stroke before the primary.

Since then, there have been ongoing questions about his health. Mr. Fetterman has been an incoherent mess on the stump, where he said he was running to represent the people of New Jersey to declare, with gusto, that the Philadelphia Eagles are better than the Eagles.

The lieutenant governor has shown voters of the Keystone State why they shouldn’t vote for him due to health reasons rather than the supposed evil ingrained in the Republican agenda.

Dr. Mehmet Oz, the Republican candidate, has released his health records. Fetterman has not. Countermeasures must be fired, so why not profile the candidate’s wife? It’s an innocuous piece, almost run-of-the-mill across the board with any candidate in an election cycle. Hence, this profile of Mrs. Fetterman, who is in the spotlight for going after an MSNBC reporter who admitted on-air that she felt Mr. Fetterman didn’t understand much of what was happening during their sit-down.

Yet, this attempt to divert attention away from Mr. Fetterman’s health questions failed since The Rolling Stone piece described Gisele as the “de facto candidate,” a move that only raised more eyebrows about who is running this campaign and who will take the seat vacated by outgoing Republican Sen. Pat Toomey. Is this a Mr. and Mrs. Wilson story at the Senate level? Voters need to know who they’re voting for in November.

🏆 Best Pittsburgh Power “Couple” award for Best of PGH … wait until everyone finds out I’m really the brains of the operation and @JohnFetterman is just the arm candy 💁🏽‍♀️🙄. @PGHCityPaper ❤️❤️ pic.twitter.com/hEH2qBkhft

The publication did some damage control, with the writer deleting her tweet about the piece that described Gisele as the “de facto candidate.” There was an explainer, but the phase remains in the article:

I deleted a previous tweet sharing this story in which, in hindsight, I was imprecise with my word choices and what I intended to convey about Gisele’s role.

As further evidence to this point: a reporter tried to write a glowing piece about Fetterman’s wife, and called her “the de facto candidate”

But obviously, if Fetterman is fine and totally capable, they wouldn’t need another candidate!

Let's screen-shot that as well before they do. pic.twitter.com/ajA29njjds

There sure are a lot of stories coming out about Gisele Fetterman all of the sudden. I'm sure that's nothing.

You can probably figure out the plan: If Fetterman wins in the coming weeks, he’ll release his health records showing it’s an absolute nightmare scenario, prompting him to ask the next governor, who looks like it’ll be Democrat Josh Shapiro, to appoint Gisele. However, this drama would be moot should Oz win the election, which he could, given that the race is in a dead statistical heat. Fetterman did have a double-digit lead over his opponent in the summer. Still, the lagging economy, Biden’s appalling approvals, high inflation, and crime have chipped away at Fetterman’s advantage. And now, the Philly suburbs could be at play.