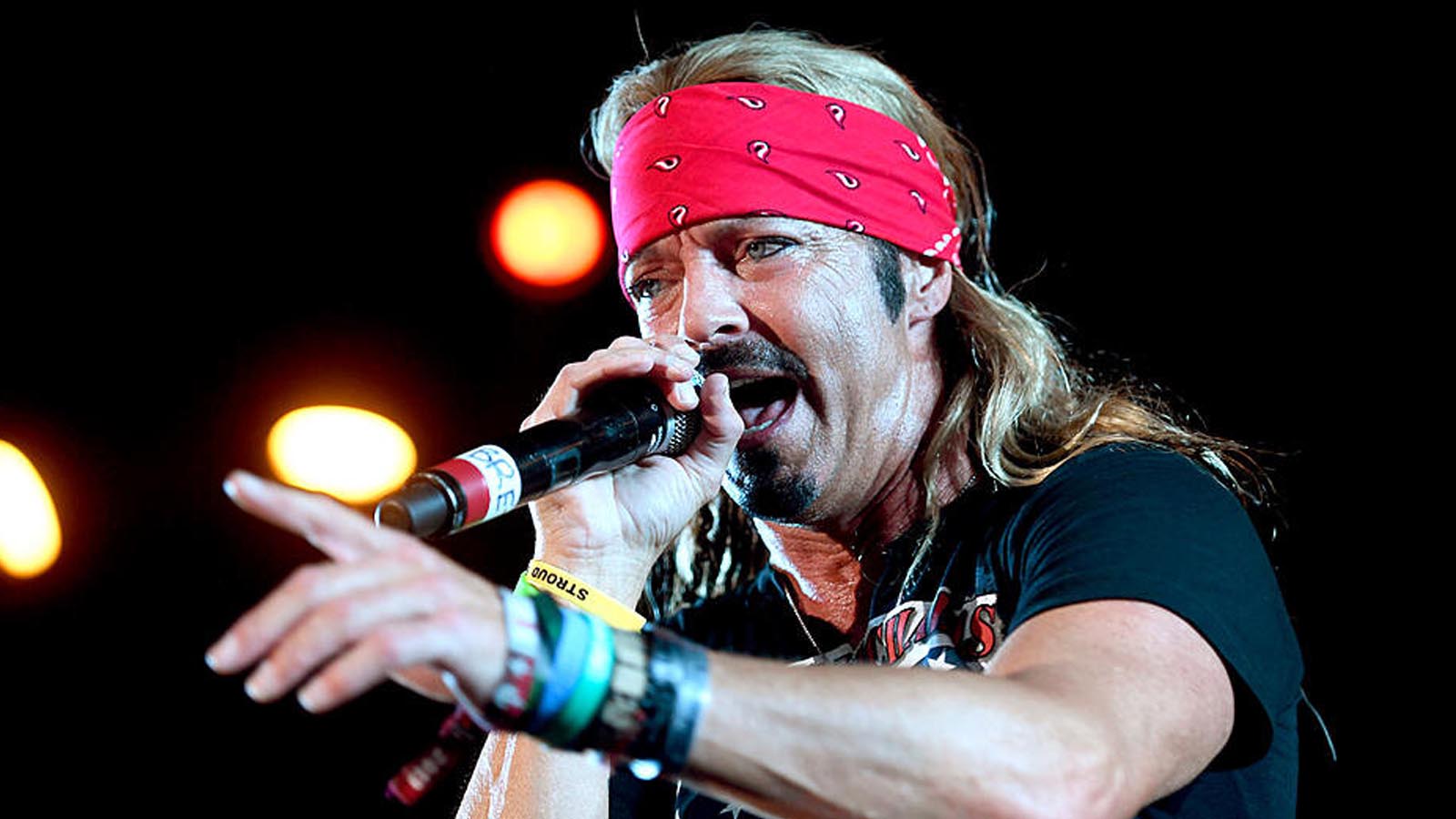 Poison’s Bret Michaels was rushed to a Nashville hospital after suffering a medical emergency just before he was set to perform on stage Thursday.

Excited fans were surprised when members from Poison took the stage to announce Michaels had suffered an adverse reaction to medication and had been taken to hospital, TMZ reported. Unnamed sources later claimed COVID-19-related medication might have triggered a bad reaction due to Michaels’ diabetes, according to the outlet.

Michaels sent a personal note to his fans on Instagram, apologizing that his band could not perform as a result of his illness. “I send my deepest apologies for being unable to rock the stage tonight!!!” he said. 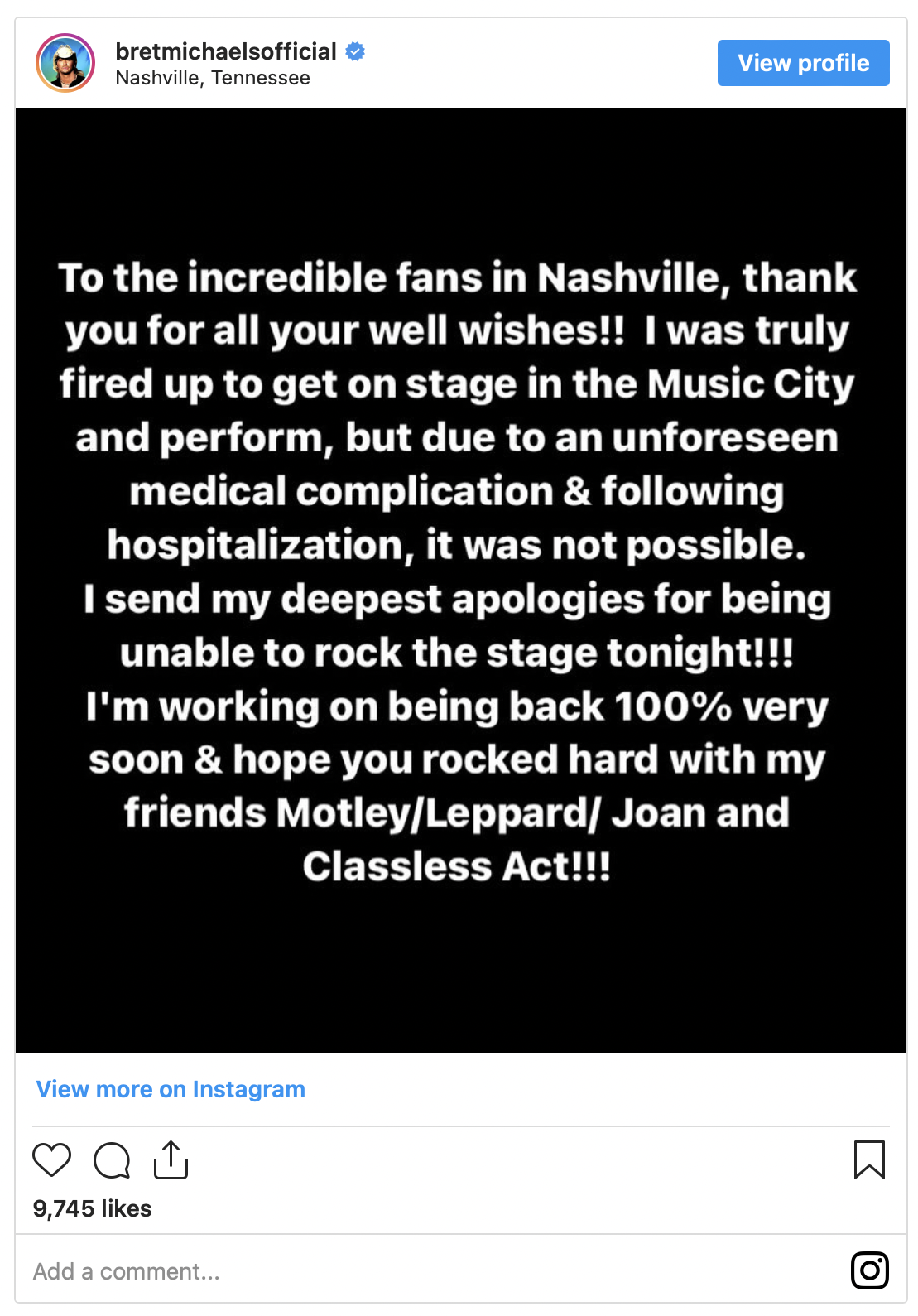 Poison had embarked on a massive tour with Def Leppard, Motley Crue and Joan Jett, and it remains unclear if any of the other dates will be affected.

Michaels’ message seemed optimistic, and he expressed his desire to quickly get back on stage to entertain his fans.

“To the incredible fans in Nashville, thank you for all your well wishes!! I was truly fired up to get on stage in the Music City and perform, but due to an unforeseen medical complication & following hospitalization, it was not possible,” Michaels said in a message posted to his Instagram account.

“I’m working on being back 100% very soon & hope you rocked hard with my friends Motley/Leppard/Joan and Classless Act!!!” he added.

Michaels has been faced a series of illnesses over the years, including a “warning stroke” and a brain hemorrhage.

The multi-band concert has performance dates booked for Saturday in Florida and Sunday in Mississippi, according to TMZ.