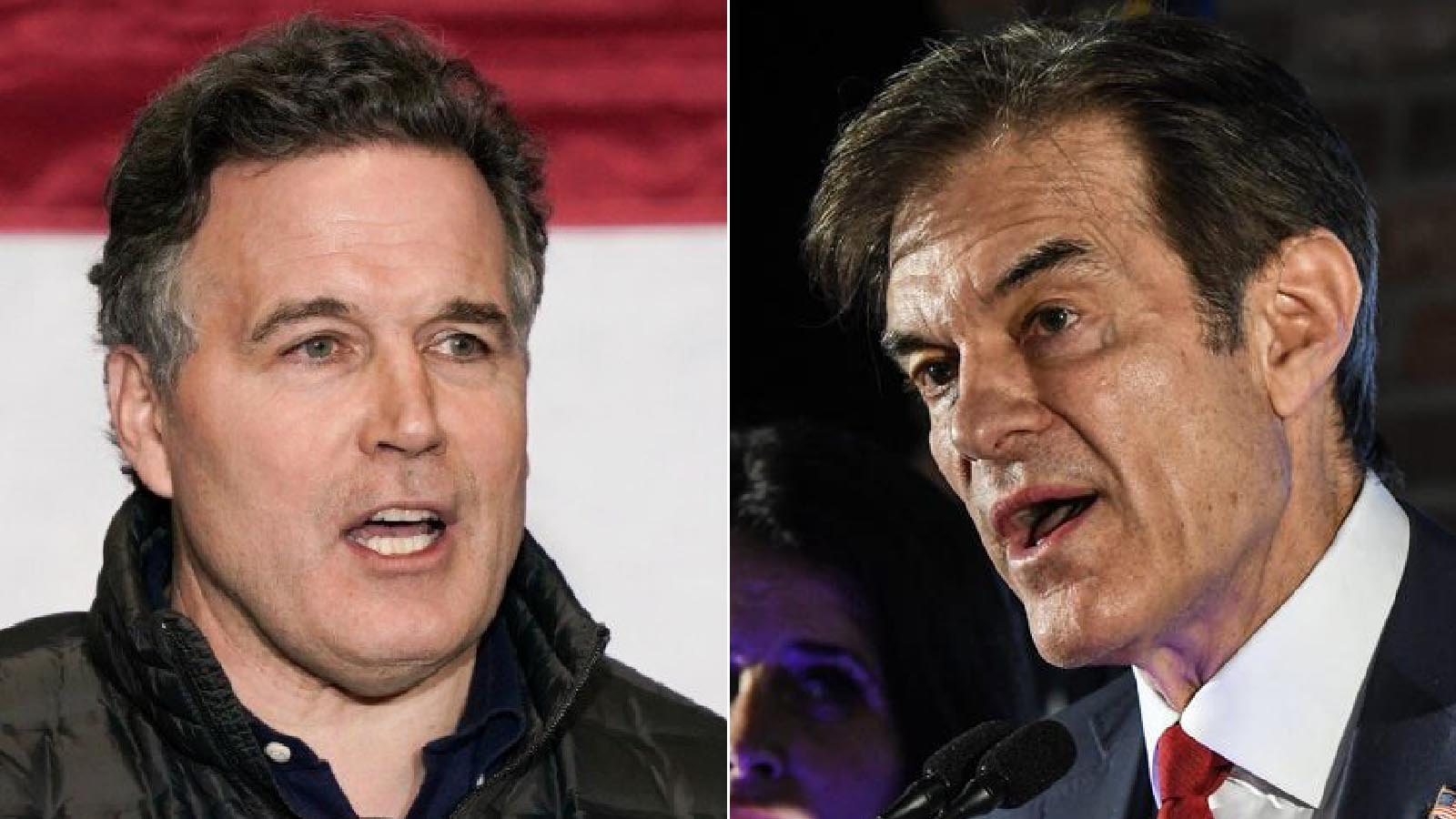 Nearly one week after Keystone State voters turned out to vote in Pennsylvania’s primary, GOP Senate candidate David McCormick took action on Monday that raised eyebrows — on the right and the left — and caused the Republican National Committee and Republican Party of Pennsylvania to take action against him. 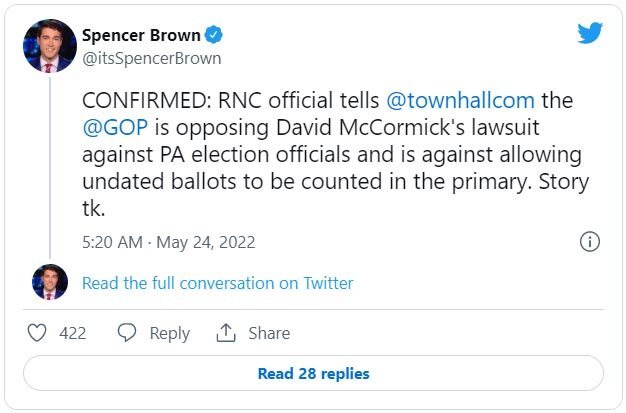 After having an initial lead up until the point about one-third of Republican ballots were tabulated last Tuesday, McCormick’s margin evaporated and, as last Tuesday turned into Wednesday, Mehmet Oz took a lead that’s remained around 1,000 votes out of more than 1.3 million ballots. The call, which still hasn’t been made, likely won’t be the final outcome — Pennsylvania has an automatic recount stipulation if the final result has candidates within 0.5 percent, which McCormick and Oz have been within for a week now.

On Monday afternoon, McCormick filed a lawsuit to force Pennsylvania election officials to count absentee and mail-in ballots *even* if the outer envelope does not have a date handwritten on it along with a voter’s signature as Pennsylvania’s election code requires.

As the complaint alleges, some county election boards in Pennsylvania “refuse to count ballots where the voter failed to handwrite a date on the envelope but otherwise complied with all applicable requirements, and where the Boards stamped the envelope with the date the Boards received the absentee ballot.” McCormick further claims that such refusal to count ballots that don’t meet the requirements set forth in Pennsylvania “violates the protections of the right to vote under the federal Civil Rights Act and the Pennsylvania Constitution.”

Citing to one portion of the federal Civil Rights Act, McCormick asserts that Pennsylvania election officials are in violation of a restriction on disenfranchisement based on wrong or missing information that doesn’t make a difference in a voter’s eligibility:

[n]o person acting under color of law shall . . . deny the right of any individual to vote in any election because of an error or omission on any record or paper relating to any application, registration, or other act requisite to voting, if such error or omission is not material in determining whether such individual is qualified under State law to vote in such election.

If this all feels a bit like a bad deja vu to the days following the 2020 election in Pennsylvania, there’s good reason for that. It’s the same lawsuit Democrat lawyer and election fixer Marc Elias was apparently working on ahead of November’s general election. Elias, whose resume includes stints for Hillary Clinton, Terry McAuliffe, and a laundry list of other shady politicians tried his best to make Hillary Clinton the 45th President of the United States and went on to lead dubious challenges to 2020 election results — even unsuccessfully attempting to force Congress to ignore the certified results of Iowa GOP Rep. Mariannette Miller-Meeks’ election and throw her out of Congress.

Mollie Hemingway has the context:

So the guy who briefed Robby Mook on the phony Alfa Bank / Russian collusion hoax info that Hillary Clinton eventually approved for release to the media is apparently having his notes copied by…GOP Candidate for U.S. Senate in Pennsylvania David McCormick.

Now the Republican National Committee is getting involved, confirming to Townhall Monday evening that it was opposing McCormick’s lawsuit along with the Republican Party of Pennsylvania and objected to undated ballots being counted. RNC Chief Counsel Matt Raymer explained the RNC’s decision:

The RNC is intervening in this lawsuit alongside the Pennsylvania GOP because election laws are meant to be followed, and changing the rules when ballots are already being counted harms the integrity of our elections. Either of Pennsylvania’s leading Republican Senate candidates would represent the Keystone State better than a Democrat, but Pennsylvania law is clear that undated absentee ballots may not be counted. This is another example of the RNC’s ironclad commitment to ensuring the highest standards of transparency and security are upheld throughout the election process.