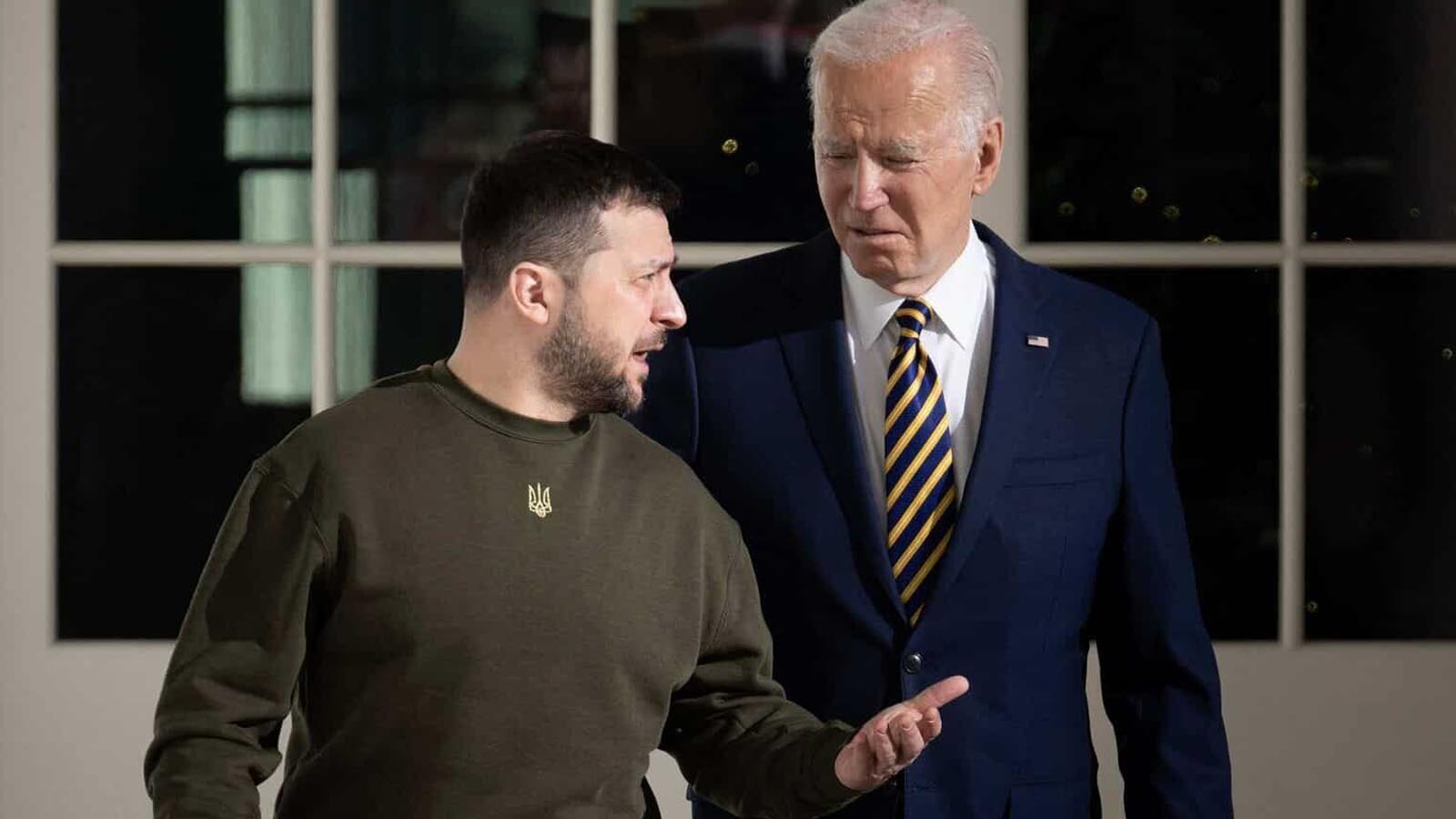 The scandal surrounding Joe Biden’s possession of classified documents prior to becoming president (and after his vice presidency) continues to deepen.

New reports are coming out, exposing exactly what the trove contained and simultaneously raising suspicions about what the president was doing with them. According to CNN, the documents included intelligence memos and briefings dealing with (drum roll please) Ukraine and Iran. 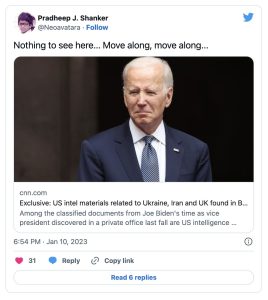 Among the items from Joe Biden’s time as vice president discovered in a private office last fall are 10 classified documents including US intelligence memos and briefing materials that covered topics including Ukraine, Iran and the United Kingdom, according to a source familiar with the matter.

Attorney General Merrick Garland has received a preliminary report on the documents inquiry, a law enforcement source said, and now faces the critical decision on how to proceed, including whether to open a full-blown criminal investigation.

The documents were dated between 2013 and 2016, according to the source familiar. They were found in three or four boxes also containing unclassified papers that fall under the Presidential Records Act.

You can’t make this stuff up. Out of all the countries in the world, two of the three found in these documents just happen to deal with Iran and Ukraine. Remember, during the time period that these documents were being illegally kept by Biden, his son, Hunter Biden, was running a vast influence-peddling operation centered around making millions of dollars in Ukraine. What a coincidence, right?

Surely, that timeline begs some questioning about why Biden felt the need to hang onto these documents. What explanation exists that doesn’t begin to look awfully corrupt? The now-president had classified intelligence assessments of Ukraine and his son just happened to be bringing home buckets of cash from the same country at the same time? As Biden would say, “come on, man.”

Then there’s Iran, a country that Democrats have obsessed over for years, going so far as to attempt to undermine the Trump administration to appease the Mullahs. I’ve long wondered exactly what drives that obsession. What is Iran giving these Democrats that keeps them so desperate to hand over the Middle East to a terrorist state? Speaking specifically about these classified documents, was Biden, like John Kerry, working against the Trump administration (violating the Logan Act along the way) to undermine US foreign policy?

There are so many questions here that need to be answered. Will they be? Of course, they won’t be. Biden rarely speaks to the press anyway, and no reporter is going to seriously press the White House on the matter. Instead, we’ll get lots of obfuscations, claims that the documents can’t be discussed because they are classified, and hand-waving away of the criminality the president possibly partook in. The two-tiered justice system will be perpetuated while the very same press excusing Biden will continue to lose its collective mind over Trump.