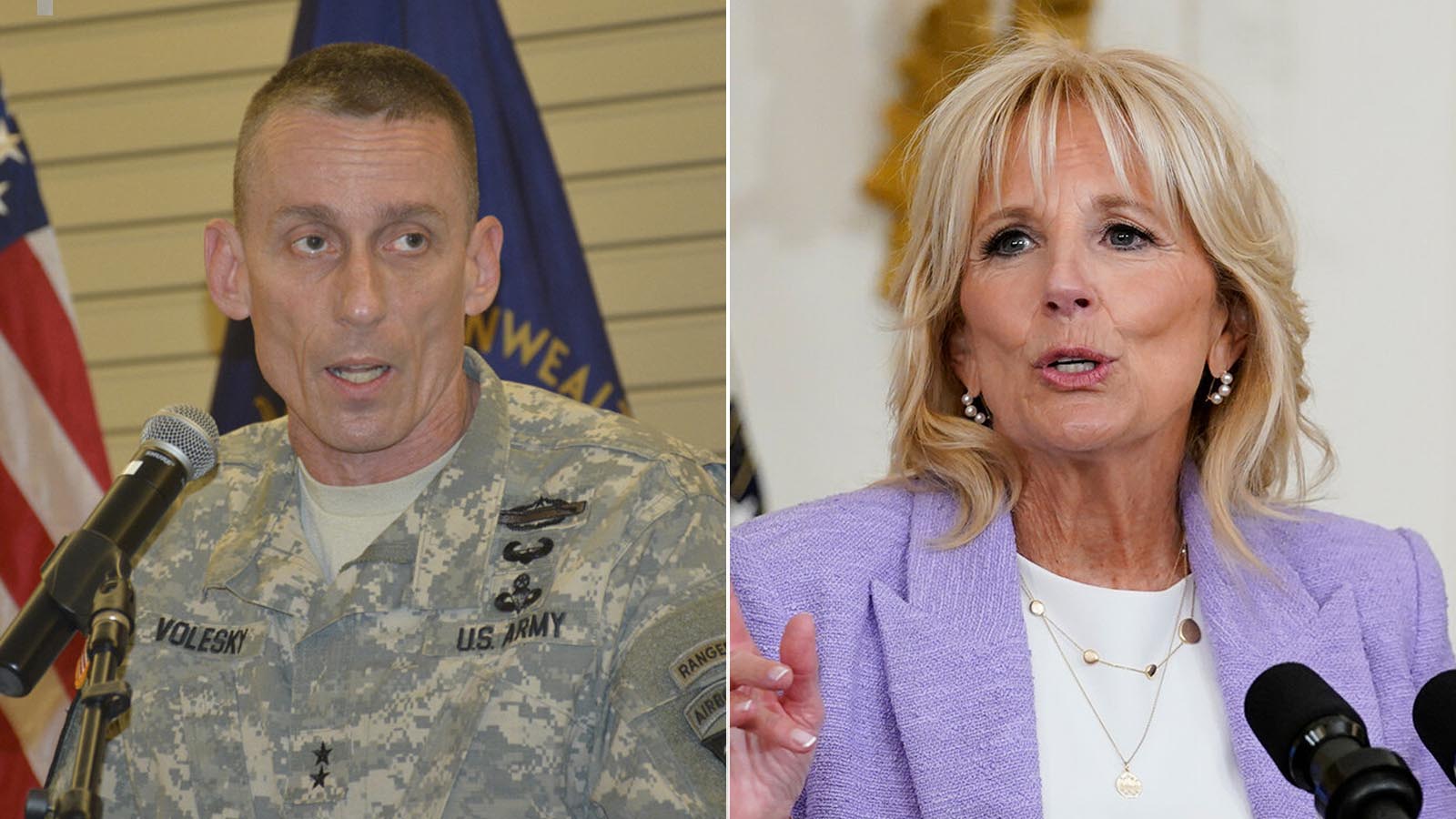 The Army suspended a three-star general after he appeared to make fun of First Lady Jill Biden.

Retired lieutenant general Gary Volesky, a former spokesman for the Army, responded to a tweet from Biden about the Supreme Court decision overturning Roe v. Wade, in which the First Lady remarked that women’s rights had been “stolen.”

Biden tweeted that “for nearly 50 years, women have had the right to make our own decisions about our bodies. Today, that right was stolen from us.”

Volesky responded, “Glad to see you finally know what a woman is.”

The Army suspended Volesky, who had signed a $92 an hour contract to advise active duty officers as a mentor, while it conducts an investigation, according to USA TODAY. Volesky was formerly in charge of the Army’s 101st Airborne Division. 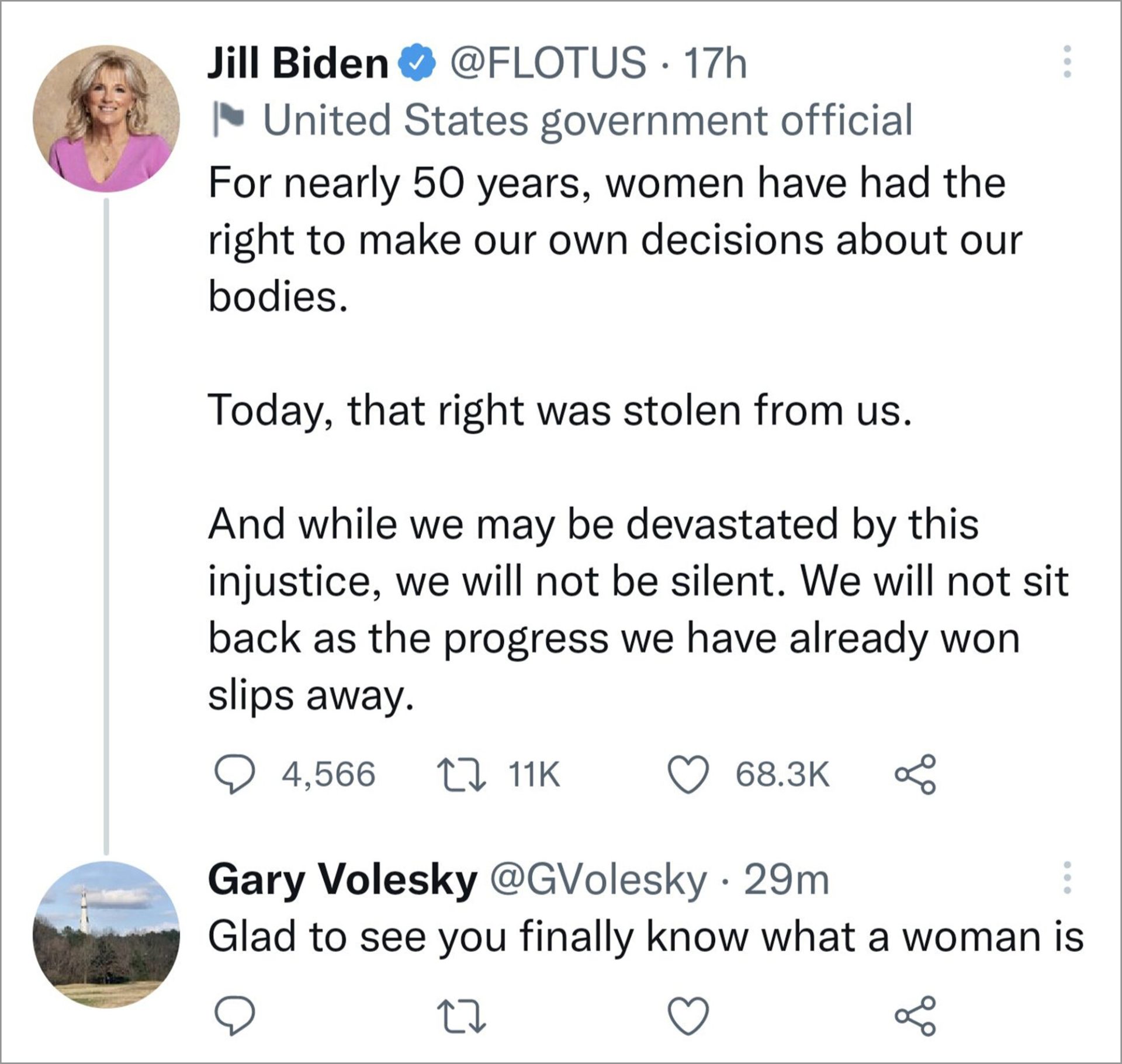 Volesky, who retired in 2020, earned a silver star for valor while serving in Iraq.