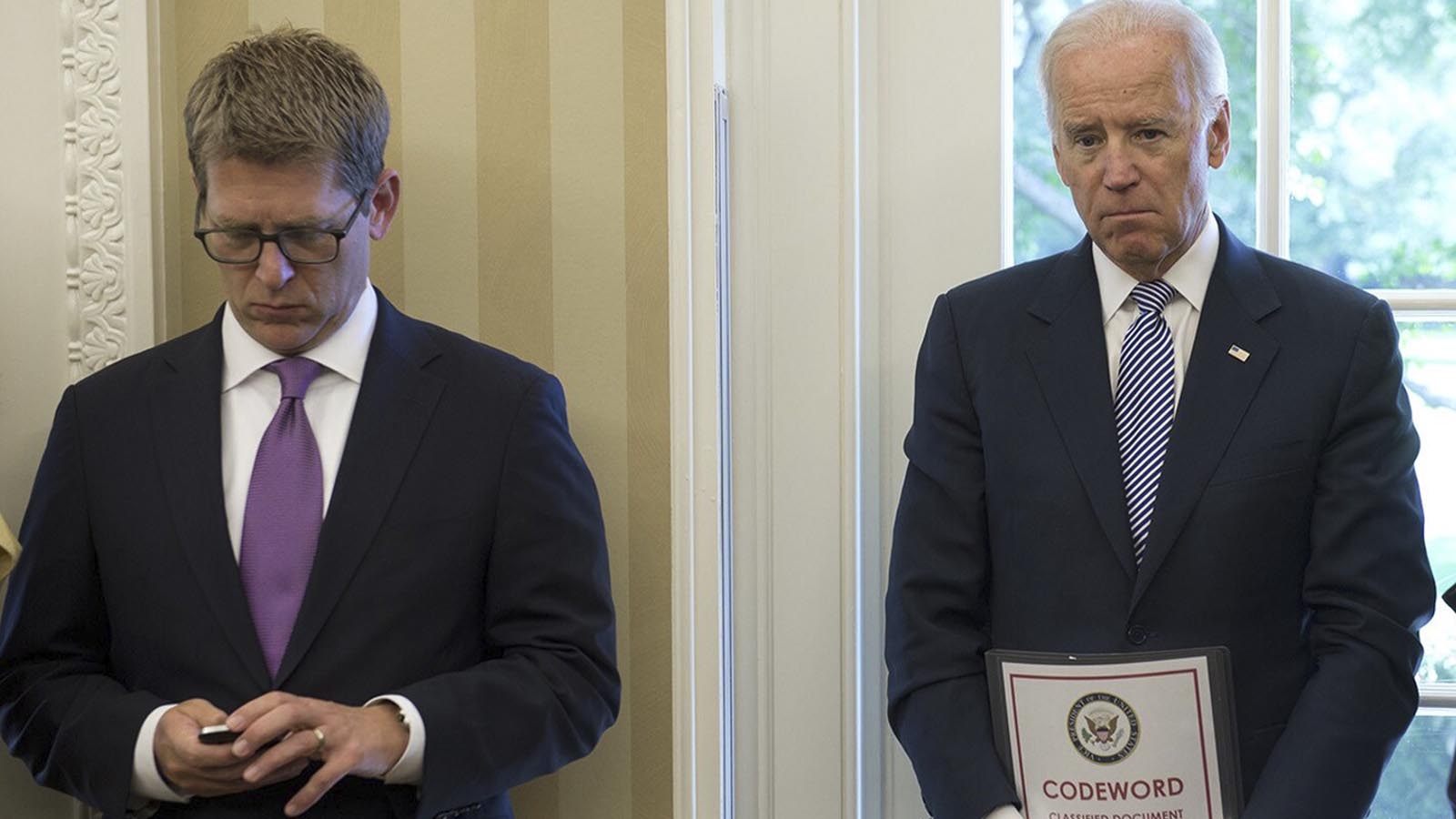 A photo has resurfaced of then-Vice President Joe Biden holding a classified document in 2013.

The picture was taken on Sept. 30, 2013, as Biden prepared for a meeting between President Barack Obama and Israeli Prime Minister Benjamin Netanyahu.

Hard copies of sensitive documents are typically only allowed in sensitive compartmented information facilities (SCIFs) — secured rooms free from cameras and other devices.

The photo resurfaced as officials launch an investigation into Biden’s handling of sensitive documents dating back to his tenure as vice president.

Biden again ignored reporters’ questions on Tuesday as they tried to get him to address the classified documents from his time as vice president that were recently found at his Delaware home and at the Penn Biden Center in Washington, D.C.

“Will you commit to speak to the special counsel?” one reporter could be heard asking in reference to Robert Hur, who has been appointed special counsel to investigate the documents and how they were kept.

Biden did not acknowledge the questions as he smiled while White House staff urgently rushed the media out of the room.