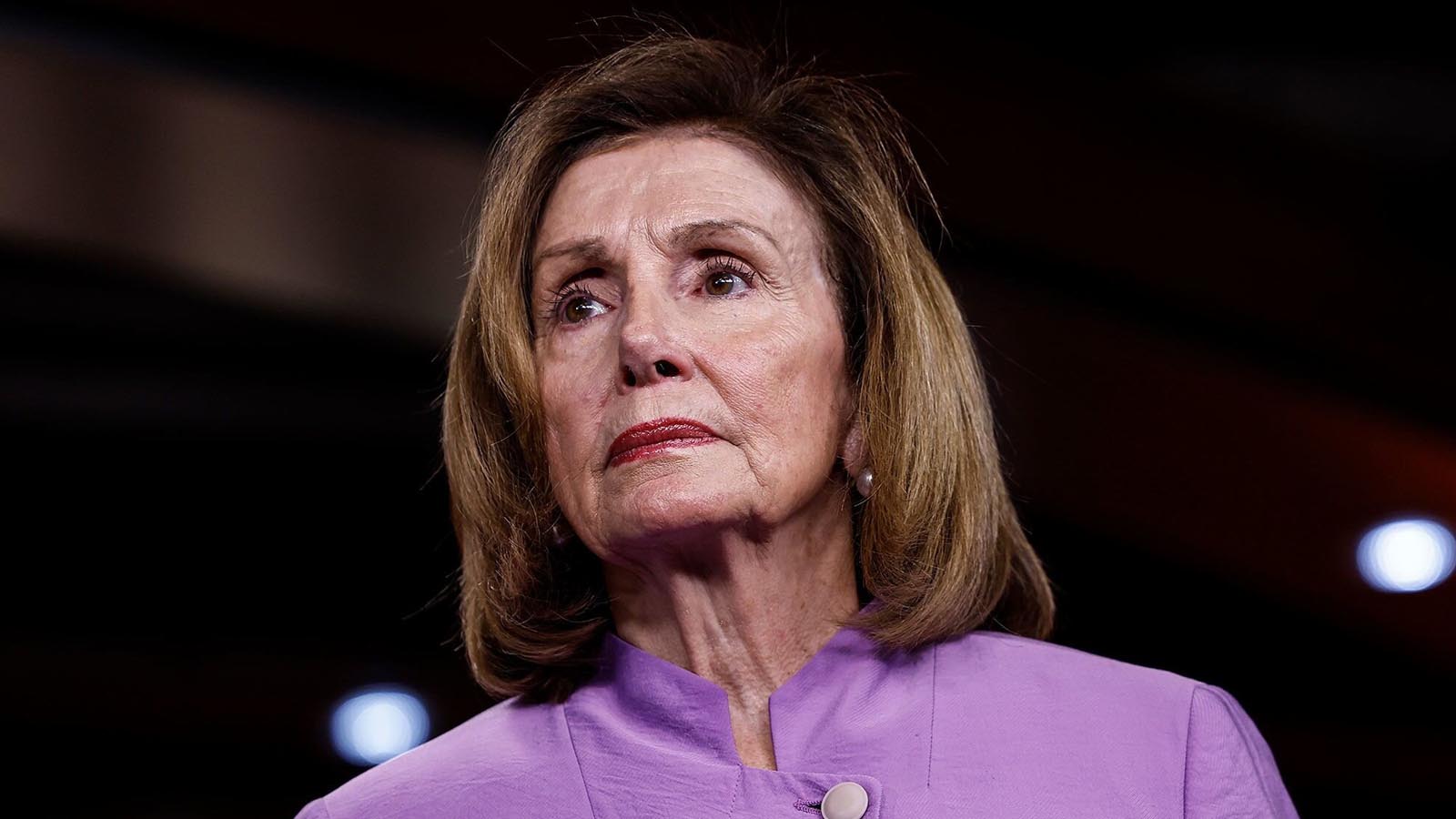 It is now official. Republicans have won the House of Representatives. According to Decision Desk HQ, the GOP will hold at least 218 seats following yet another race called in their favor. 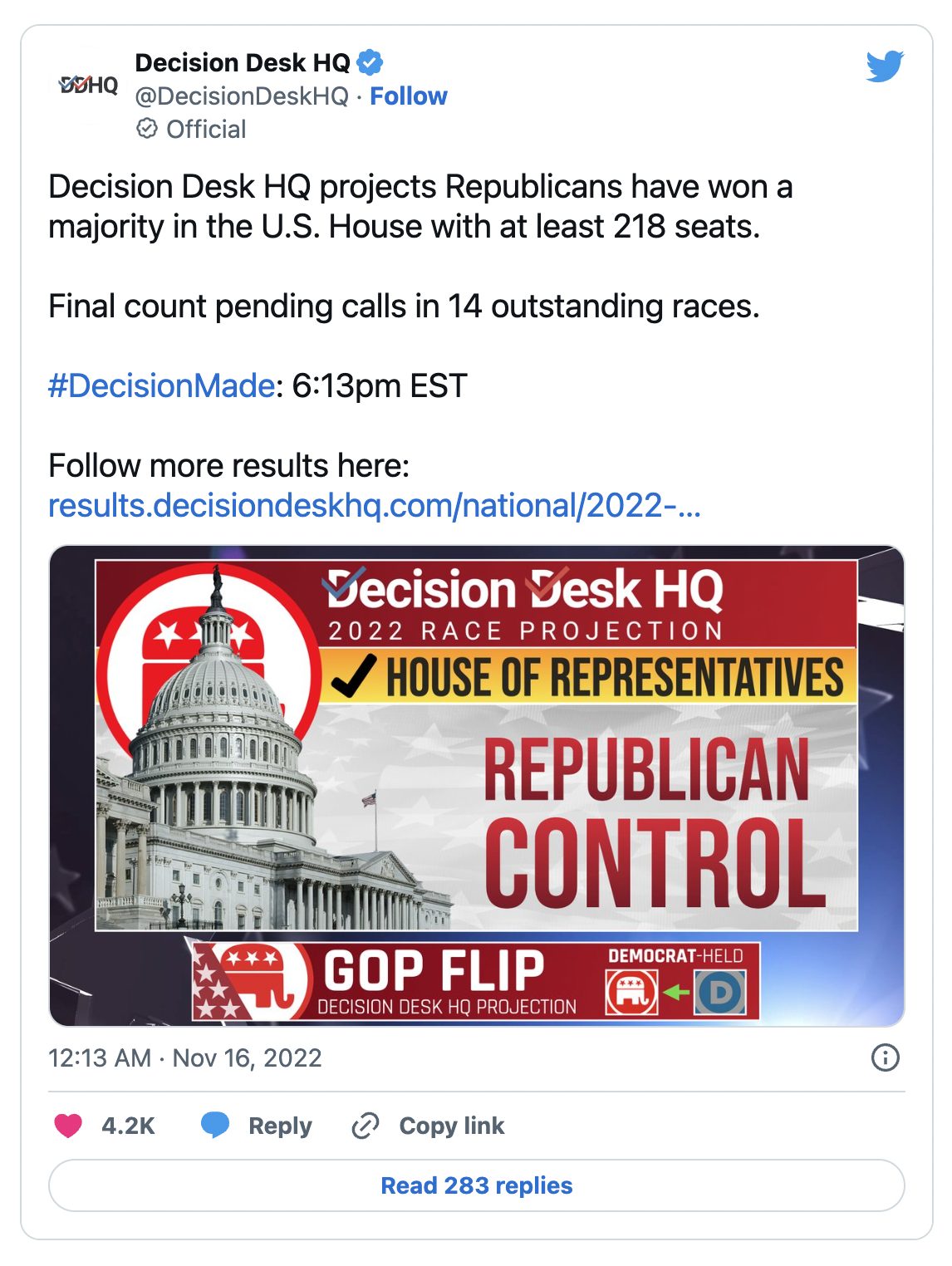 Nancy Pelosi has been dethroned. The seat that pushed Republicans over the finish line was in California’s 3rd district, won by Kevin Kiley, who has been an outspoken fighter against Gavin Newsom in the state. 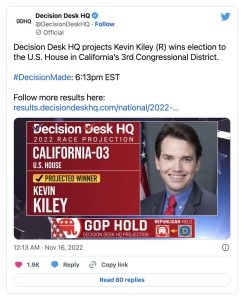 Looking at the outstanding races left, it is probable that the GOP will reach at least 220 seats and may end up with as many as 222. Lauren Boebert in CO-3 is currently leading and is simply waiting on the “curing” period to end. Other races in California that seem probable to go Republican include Mike Garcia’s seat.

This isn’t the outcome Republicans expected, but it is something. Winning is better than losing, and with winning comes the ability to dictate committee assignments, floor votes, and investigations. There are going to be a lot of entertaining things happening over the next two years. Buckle up and enjoy the show.