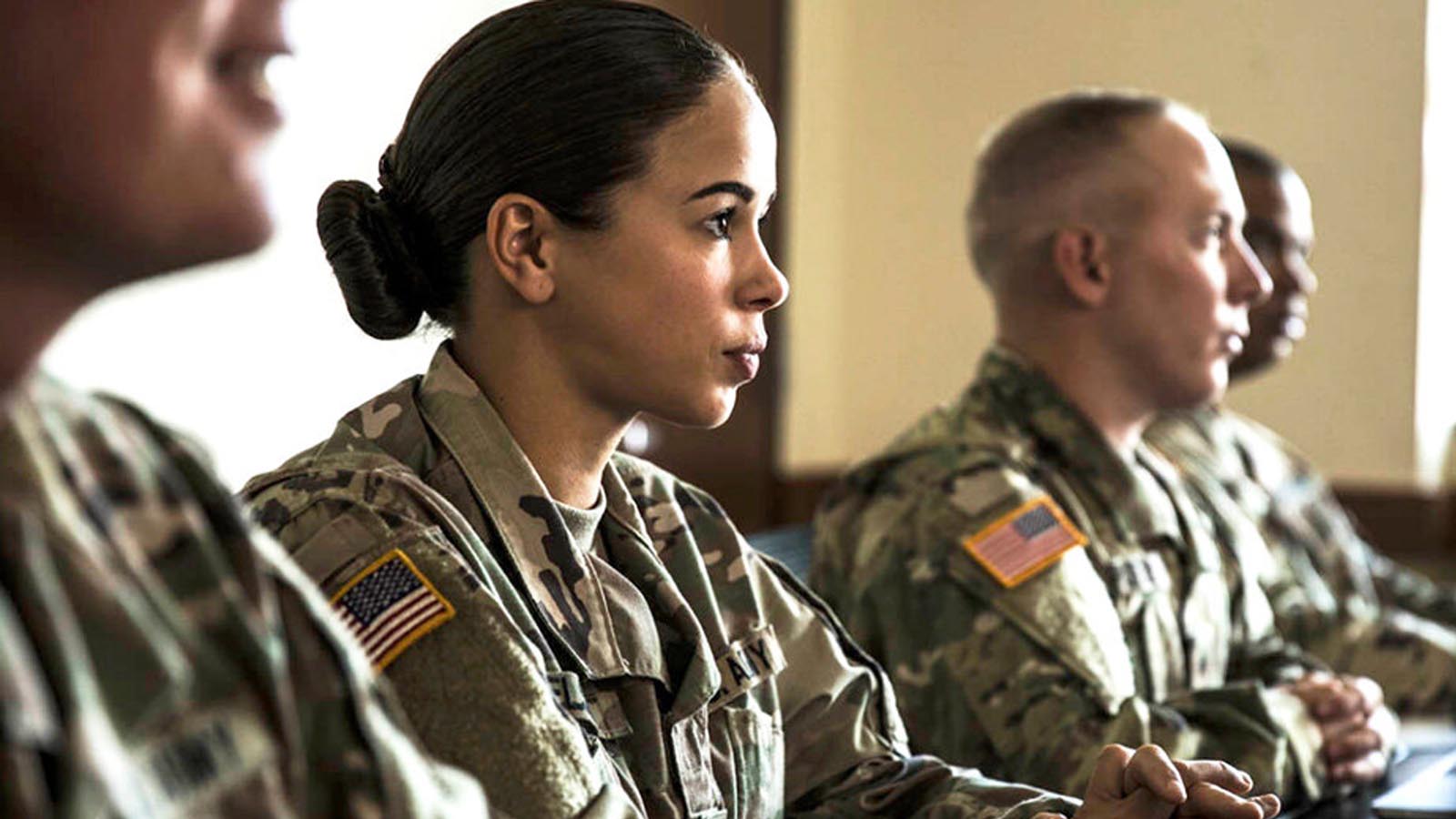 If your daughter is planning to join the Army, she might find more hanging out in the shower than expected.

As reported by Breitbart beneath the banner of “exclusive,” the branch’s training includes updated instructions for bathing. And the rules are plenty far from what veterans would find familiar.

Vignette Nine deals with mandated urine specimens: What if an “observer” is uncomfortable having to watch a soldier — who has “not [had] sex reassignment surgery” — pee into a cup?

Comfort-minded measures are on the table:

Commanders may consider alternate observation options… Options could include observation by a different observer or medical personnel of the same gender as the soldier.

But what about washing with a penis-packing peer? According to the eighth vignette, reluctant ladies are out of luck. But maybe at least the person-with-a-prostate won’t pee.

A soldier transitioned from male to female… The soldier did not have sex-reassignment surgery. … [O]ther soldiers have expressed discomfort showering with a female who has male genitalia (in an open-bay shower configuration).

Those concerned may discuss “with their chain of command.”

Soldiers must accept living and working conditions that are often austere, primitive, and characterized by little or no privacy. All soldiers will use the billeting, bathroom, and shower facilities associated with their gender marker…

The slide does stipulate that “commanders have discretion to employ reasonable accommodations” such as “installing shower curtains” or “adjusting shower schedules.”

Facilities will not be designated, modified, or constructed to make transgender-only areas. Any modifications made must be available to all soldiers to use. Accommodations cannot isolate or stigmatize the transgender soldier.

Of course, the situation was inevitable once government adopted the revolutionary notion of “gender.” Until recently, everyone in America was nonbinary. People were classified solely according to sex; the just-added layer of “gender identity” did not exist. When that classification was clutched, raised, and riveted onto identification by our federal apparatus, forced unisex showering was essentially enshrined.

All branches are bound to command co-ed cleaning:

Other Army vignettes — captures of which were previously published by Popular Military — pertain to things such as “pronoun usage”:

A soldier approaches their commander and requests the commander direct all soldiers in the unit to address them and use the pronouns common to their self-identified gender without completing the gender marker change in [the Defense Enrollment Eligibility Reporting System].

As for pregnancy, it’s about medical conditions and association:

Understand that soldiers who have transitioned gender may remain susceptible to medical conditions associated with their birth gender. Transgender soldiers will be treated the same as any other soldier with a given medical condition. … Commanders and units will comply with all policies related to pregnant soldiers.

Culturally, it appears the military is no more. What once defined the institution has been traded for something undeniably new.

Previously, people went or were encouraged into the service for reasons related to patriotism and personal improvement. Enlistees stood to gain maturation and discipline derived from being treated as a number and forced to comply with difficult demands. Amid that process, they were protecting a noble nation.

Our remade idea of the Armed Forces emphasizes accommodation — while teaching Critical Race Theory and the evil history of the country.

Despite the old rigors of the branches, girls were never made to bathe with boys. But we’re in the midst of a societal switch. A revolution of reversal is upon us. It’s evident in many ways; color-blindness, for example, is the new racism.