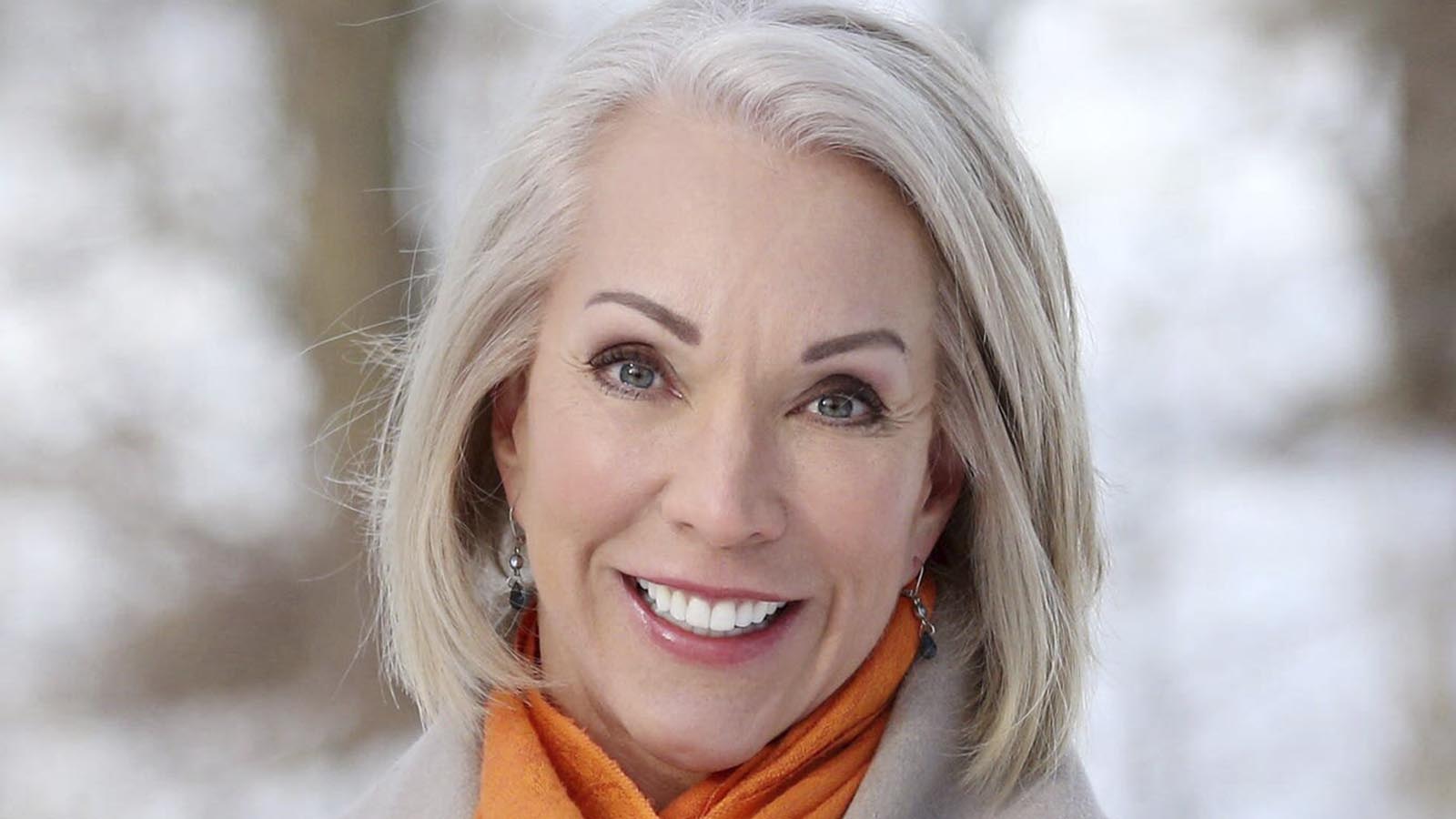 Democratic Iowa house district candidate Sonya Heitshusen has been charged with the reckless use of a firearm after she allegedly shot a gun through a sliding glass door in her home June 27.

Local police filed a criminal complaint that Heitshusen, 55, fired a Glock 21 handgun at approximately 11 p.m. while inside her home, the Des Moines Register reported. The bullet passed through her sliding glass door.

Heitshusen reportedly told law enforcement officers that “as she was placing the handgun onto the kitchen table, she pulled the trigger, discharging it,” the police complaint states, according to the Des Moines Register. 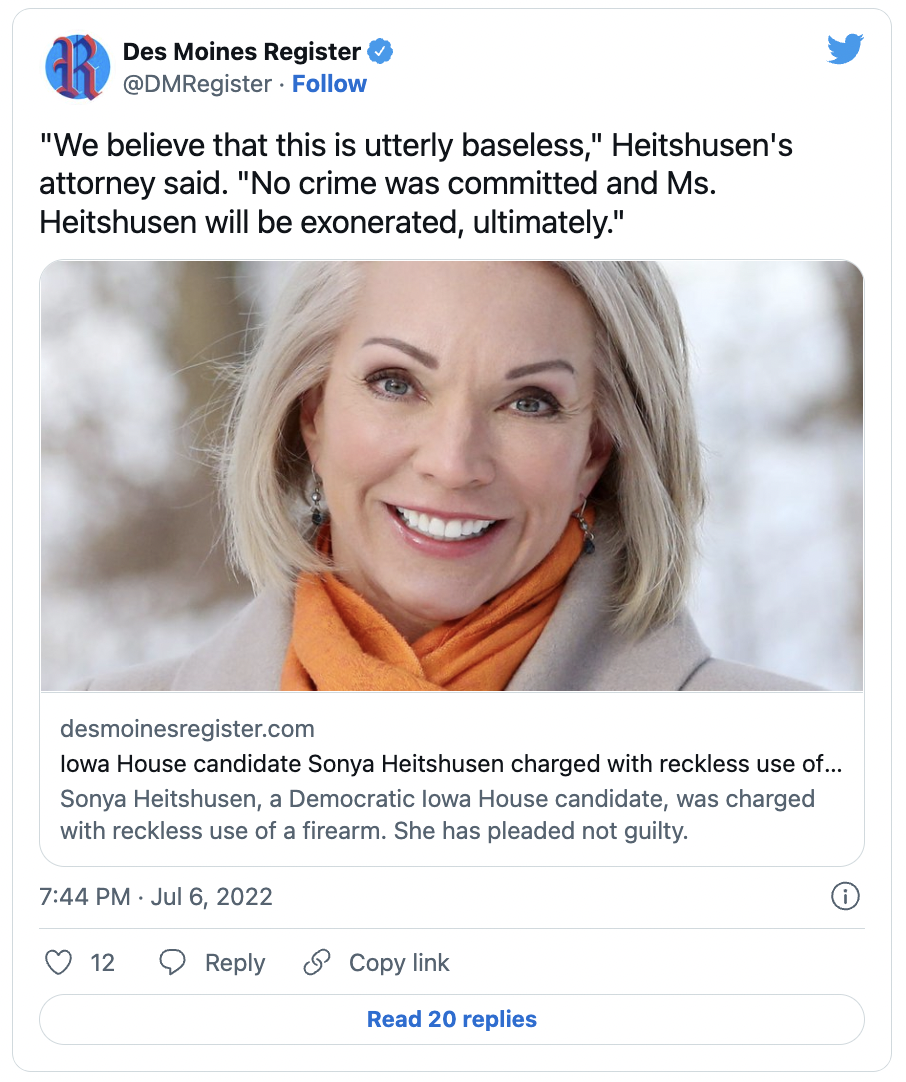 The police report also indicated that alcohol was a factor in the event, according to the affidavit released by Iowa Field Report. Heitshusen was previously arrested for drunk driving in 2014. She pleaded guilty to the charge, Iowa Field Report noted.

A former news anchor, Heitshusen allegedly claimed that she has received a number of threats due to her public role as a journalist, and now, as a candidate for office. Out of fear for her safety following these threats, and as a result of her marriage to a police officer, she admitted “there are firearms in our home for personal protection,” the outlet reported.

“I’ve received ongoing threatening messages on social media,” Heitshusen said in a statement, the Des Moines Register reported. “Knowing my partner was leaving town for an extended period of time, I checked one of the firearms, and while checking it, an accidental discharge of the firearm occurred.”

Heitshusen has not pleaded guilty to the charges.

“We believe that this is utterly baseless,” Heitshusen’s attorney, Grant Woodard, said in a statement. “No crime was committed and Ms. Heitshusen will be exonerated, ultimately.”

The charge of reckless use of a firearm causing property damage is an aggravated misdemeanor, and Heitshusen could receive a sentence of up to two years if she is convicted, according to the Des Moines Register.

There was no safety on the gun, allowing for easy discharge, and the gun did not belong to Heitshusen, according to the criminal complaint, the outlet noted.

“No one was hurt and no property was damaged other than my own,” Heitshusen said in her statement, according to the Des Moines Register. “I take full responsibility for the accident and we reported it to the police. I look forward to this matter being resolved quickly.”