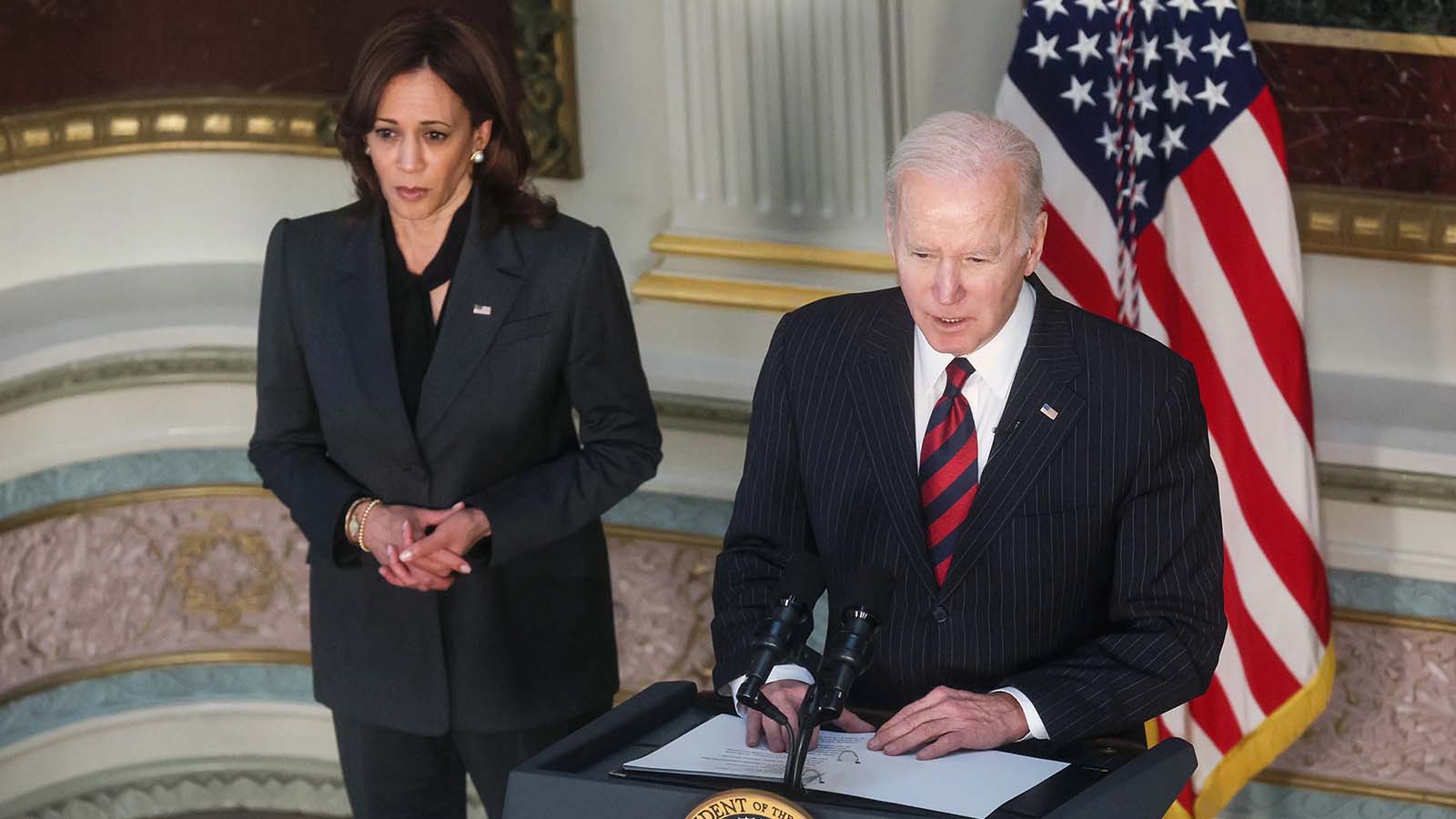 As we previously reported, there have been scattered stories throughout Joe Biden’s presidency about alleged tensions between the Biden and Harris camps, with Biden’s people reportedly frustrated at the veep’s inability to appropriately handle the tasks given to her by Biden, and the Harris camp’s belief being that Biden’s staff relishes pinning his multitude of failures on her.

Those tensions appeared to manifest themselves in a very public way back in November 2021 when the two along with their respective spouses visited a D.C. soup kitchen around Thanksgiving to prepare plates for those in need. Videos and photos from the event showed Biden appearing to snub Harris at various points, with him spending most of his time talking to the kitchen’s chef.

Here we are nearly a full two years into the Biden-Harris administration and a new book set to be released in January sheds light on how Biden seemed to have figured out very early on what a mess he’d gotten into by picking Harris to be his vice presidential running mate:

In the first months of his presidency, Joe Biden vented his frustration about Vice President Kamala Harris, telling a friend that she was “a work in progress.”

According to an upcoming book about the Biden presidency obtained by West Wing Playbook, “The Fight of His Life,” word got back to him that second gentleman Douglas Emhoff had been complaining about Harris’ policy portfolio — which her allies felt was hurting her politically. “Biden was annoyed,” wrote author Chris Whipple, who obtained extensive access to Biden administration officials while writing the book. “He hadn’t asked Harris to do anything he hadn’t done as vice president — and she’d begged him for the voting rights assignment.”

Biden wasn’t alone. A senior White House adviser vented that “[Harris’] inner circle didn’t serve her well in the presidential campaign — and they are ill-serving her now.”

The problem with that assessment – that Harris was not being “served well” by her inner circle – is that it was Harris who picked and chose who she was closest to and remained close to during her failed presidential campaign, her campaign with Joe Biden, and beyond, including after she was sworn in as vice president.

As the old saying goes, you’re known by the company you keep. And in politics especially, if those same people aren’t “serving you well” over an extended period of time then you share some of the blame for putting them in those positions – and keeping them there – in the first place.

This is a sentiment that was echoed behind the scenes by then-Biden comms director Kate Bedingfield, according to another report from Politico at the time:

“In private, Bedingfield had taken to noting that the vice presidency was not the first time in Harris’s political career that she had fallen short of sky-high expectations: Her Senate office had been messy and her presidential campaign had been a fiasco. Perhaps, she suggested, the problem was not the vice president’s staff,” Martin and Burns write.

It was an inconvenient truth, and one that dovetailed with stories written since Harris’ early days in the White House about how exceedingly difficult some former and current staffers say she has always been to work with (turnover among campaign staff during her failed 2020 presidential bid was said to be very high).

In addition to that, Harris’ ego is so massive that she has a tendency to blame her staff for problems that she herself creates. As the Washington Post reported last December, Harris can’t be bothered to do due diligence on anything she speaks publicly about, so when she ends up getting embarrassed by something she says later, it’s the hard-working staffers behind the scenes who get punished.

To reiterate points I’ve made before, this is what happens when one’s career starts off the way Harris’s did. You begin to expect to be given preferential treatment as you climb the ladder and treated to fawning interviews in the press because of “who you are” and what you supposedly represent from a “historical” perspective.

In fact, her being a black woman was why Biden chose her in the first place after being pressured for months by woke Democrats to choose a running mate based on physical characteristics over qualifications. Though I wouldn’t have agreed with any of them from a political standpoint – and probably would not have cared for them from a personal standpoint, there were other black women Biden could have picked who had more experience with the necessary particulars to serve as vice president than Harris.

But he ended up choosing Harris, one in a long line of poor decisions he made both as a presidential candidate and then president.

That said, no one should feel sorry for the predicament Biden has found himself in with Harris, for who the 2024 PR pivot has already started. As another old saying goes, he made his bed on this, and now he has to lay in it. Unfortunately, it’s the American people who have had to pay the price for his mistakes, including the one he made when he threw a dart at the wall while blindfolded and decided on Kamala.