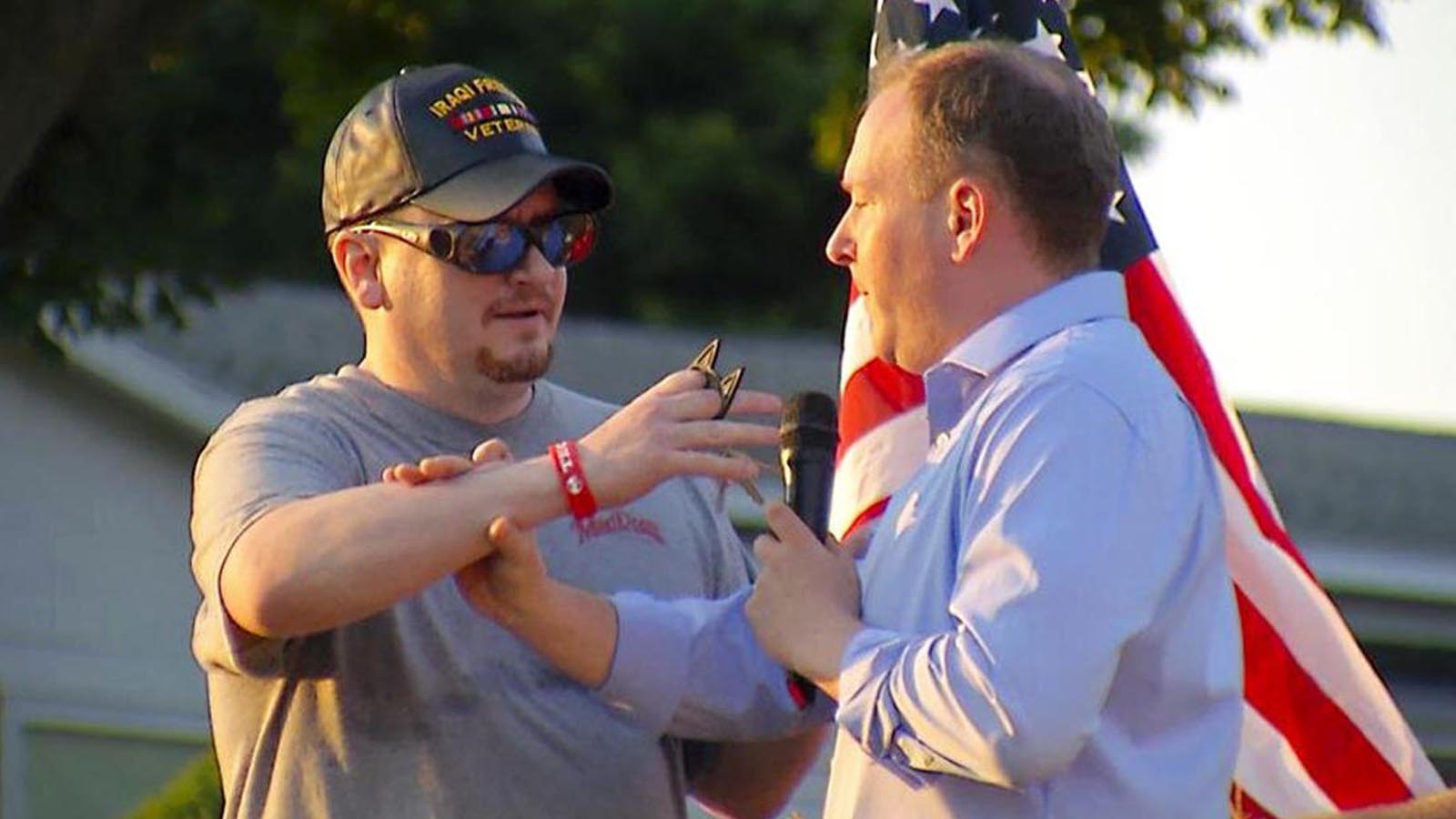 David Jakubonis, the man facing federal charges for getting on stage with a weapon in his hand last week and moving toward Republican New York gubernatorial candidate Lee Zeldin, has told investigators who was behind his actions:

And it turns out it was Jakubonis alone — with some fuel from the whiskey he’d been drinking, according to Fox News.

Jakubonis told investigators he didn’t even know who was speaking when he confronted Zeldin, according to Fox, which cited a criminal complaint.

Jakubonis can be heard saying “you’re done” several times in the video as he moved toward Zeldin.

The video also shows Jakubonis holding in his right hand with his index and middle finger what appears to be a “self-defense keychain” that looks like a cartoon cat’s head, with ears protruding as two points.

The two men got into a minor scuffle before others rushed to tackle the intruder and he was taken into custody.

Zeldin then got back on stage and continued his speech.

Jakubonis was initially released on his own recognizance after the incident, but on Saturday was arrested by federal authorities and charged with assaulting a member of Congress with a deadly weapon.

The man accused of attempting to stab New York gubernatorial nominee Rep. Lee Zeldin on stage at a campaign event has been arrested on a federal assault chargehttps://t.co/vSa8eumQC7

If convicted, Jakubonis faces a maximum sentence of 10 years in prison, according to a Justice Department news release.

In the immediate aftermath of the incident, some Republicans accused Democratic New York Gov. Kathy Hochul of encouraging opponents of the GOP to “stalk” Zeldin.

On Thursday, hours before the confrontation occurred, according to the New York Post, Hochul’s campaign put out a news release listing the dates and times of some upcoming Zeldin events and encouraging liberals to “RSVP” the Zeldin campaign.

“The Hochul campaign is encouraging people to stalk Lee Zeldin,” Nassau County Executive Bruce Blakeman said, according to the New York Post. “This is what the liberals have done to our Supreme Court justices.”

That’s a reference to the Justice Department charging a California man who was arrested near U.S. Supreme Court Justice Brett Kavanaugh’s house in Maryland last month with attempting or threatening to kidnap or murder a U.S. judge.

Blakeman went on to say, “It’s wrong. Kathy Hochul should have known better.”

“The Hochul campaign’s rhetoric was incendiary and over the top,” she told the Post. “They ginned this up.”

Politicians are likely on edge about security breaches for another reason.

Earlier this month, Shinzo Abe, Japan’s former prime minister, was shot twice and killed while giving a speech on a street in the city of Nara, Japan.

My team has informed me about the incident at Lee Zeldin's campaign event tonight. Relieved to hear that Congressman Zeldin was not injured and that the suspect is in custody. I condemn this violent behavior in the strongest terms possible — it has no place in New York.

“My team has informed me about the incident at Lee Zeldin’s campaign event tonight,” Hochul wrote in a Thursday night tweet. “Relieved to hear that Congressman Zeldin was not injured and that the suspect is in custody.

“I condemn this violent behavior in the strongest terms possible – it has no place in New York.”