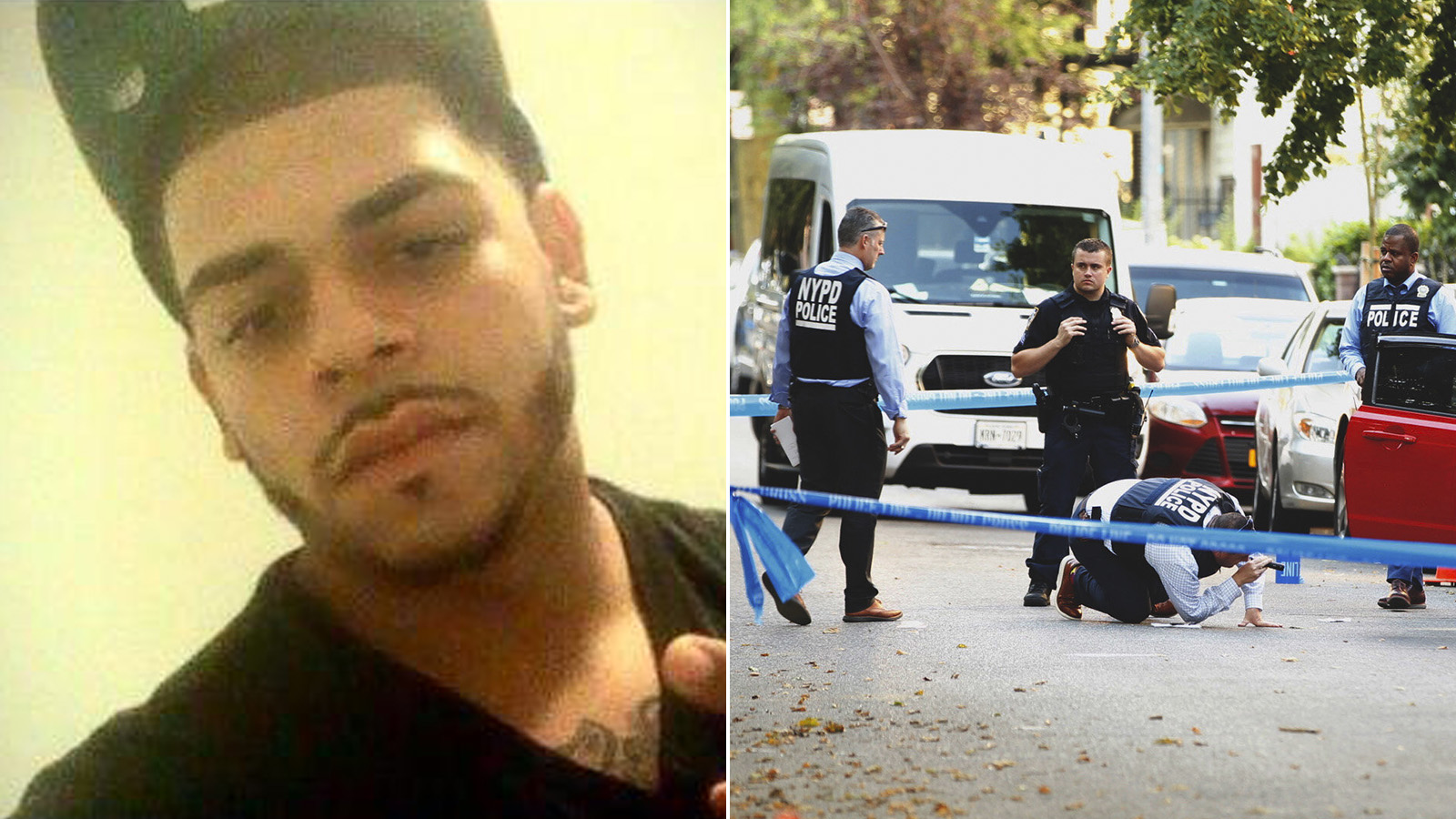 A crew member working for “Law & Order: Organized Crime’’ was gunned down at the TV show’s Brooklyn set early Tuesday — in a shooting that could have been pulled straight out of the script, authorities said.

Johnny Pizarro, a 31-year-old married dad of three, had just started his shift and was sitting in the driver’s seat of a vehicle that was saving a parking space on North Henry Street near Norman Avenue in Greenpoint around 5:15 a.m. when another man suddenly opened the driver’s door and blasted him, officials and pals said.

“It was crazy,’’ said a distraught colleague of Pizarro, who was saving the spot for the film crews’ trucks to use later.

“I didn’t hear an argument or nothing. It was quiet, early morning,’’ said the colleague, who asked not to be named. “It was just a pop, and the [gunman] ran up towards Nassau [Avenue]. I only heard one bang, but I don’t know how many shots.

Local resident Janus Czuj, 60, said he thought the slay scene was just for the cameras.

“This morning I woke up and saw the police officers,” Czuj said. “I thought it was a fake crime scene.

“I didn’t think it was a real tragedy. … I tried to walk dogs here and saw the tape and thought, ‘Oh, it’s a movie.’ But this was a real shooting.”

The motive for the killing was unclear, but cops said they are not ruling out anything — including whether it may have stemmed from a parking dispute.

A flier taped to a lamp pole on the street was titled “Stop Film Shoots Around McGolrick Park” and urged residents to complain to their local lawmakers about “how the filming of our neighborhood is displacing your family.

“The area around McGolrick Park has had a WEEKLY film shoot for MONTHS taking away DOZENS of blocks for PARKING and displacing THOUSANDS of Greenpoint residents while over 600 parking spots were recently REMOVED underneath the BQE for the construction of a bike lane that no one uses,” the posting rages.

Local Joe Pedicino, 65, said CBS TV’s “Blue Bloods” and “FBI” have also been filmed on the street in the past six months.

“Some of the neighbors were really pissed off there’s not enough parking. [The film crews] take up so much space, and they don’t even use it all.”

Several residents said they doubted parking would have led to the bloodshed, which rocked the quiet area. Pedicinio said he was stunned by the violence, too.

“This is one of the better streets in Greenpoint,” said the resident, who heard three shots ring out around the time of the shooting. “Executions don’t happen here. It’s a quiet block.”

Still, resident Gabrielle Van den Berg, who also heard three gunshots, said, “There’s a lot of drug addicts in this street” and wondered whether that situation could have somehow been involved.

Pizarro — who a Queens neighbor said always wanted to work in TV — was shot multiple times in the face and neck, according to officials.

He was taken to Woodhull Medical Center, where he was pronounced dead just before 6 a.m., cops said.

Filming had been scheduled to start on the set at 6 a.m., according to a notice at the scene.

The suspect fled on foot after the murder and is still in the wind, authorities said. He was last seen wearing a black hoodie and black pants, cops said.

The victim had an arrest record but had been out of trouble since around 2015, police sources said.

His prior busts included domestic violence and marijuana raps, but the cases are sealed, sources said.

He also was once arrested for DWI in the 75th Precinct, which includes the borough’s East New York and Cypress Hills neighborhoods, sources said.

NBC and Universal Television, which produce the TV crime series, said in a statement, “We were terribly saddened and shocked to hear that one of our crew members was the victim of a crime early this morning and has died as a result.

“We are working with local law enforcement as they continue to investigate. Our hearts go out to his family and friends, and we ask that you respect their privacy during this time.”

Pizarro’s pal and co-worker said the men’s job was to put up film-shooting notices, place cones around as needed and park the trucks.

“We’ve been doing this for five or six years,” he said. “We come 24 hours in advance to start clearing out the parking.

“We park in our trucks, and we wait for the stars to come out. The trucks have equipment for the TV shows and movie scenes.

“Sometimes we get hassled about parking, but we work with a lot of people in the communities,” the man said. “They talk with us, we talk with them. We see what time you want to leave, and depending on what time our trucks come, we let them park. There’s never too much hassle with the parking.”

Local resident Ian Oberholtzer, 35, who has lived on the block for 11 years, said he doubted the crime was motivated over a parking dispute.

“I can’t imagine it was related to parking,” Oberholtzer said. “There’s plenty of parking spots at 5 a.m.”

The block is a popular set for shooting the show because it is close to production studios, according to Oberholtzer.

Tuesday’s filming was to be for the popular series’ third season, which features stars including Chris Meloni and Ainsley Seiger.

“They shoot a lot over here,” he said of the production crew. “The parking routine is pretty normal.“

Oberholtzer added that the area is normally quiet and safe.

“It’s not the kind of thing you’d expect on the block,’’ he said of the deadly shooting.

“I never feel threatened or endangered. I’m concerned but also pretty confused by it.”

The fatal shooting was the first homicide in the 94th Precinct for the year. It was the precinct’s third shooting to date in 2022. Both statistics match last year’s.

The dead man’s co-worker said he had known the victim for seven years and described him as “like a brother to me.’’

The friend said Pizarro left behind a wife, two daughters and a son.

“He was a great guy, always laughing or making somebody laugh, you know?” the co-worker said.

Czuj said he saw the victim Monday and described him as a “good-looking, happy guy.

“He was speaking to his friends while they were moving cones and picking up the parking spots,” Czuj said. “He was working yesterday, and now he’s dead. It makes me sad.”

“I am shocked,” the resident said.

Another neighbor said of Pizarro: “Everybody loved him.

“He always wanted to work in TV,” the Queens resident said.

“Everybody on this block shed a tear” when they heard of his death, the man said. “He was a guy’s guy. … He was into motorcycles and dirt bikes.

“We don’t know him as a guy having beef with people.”