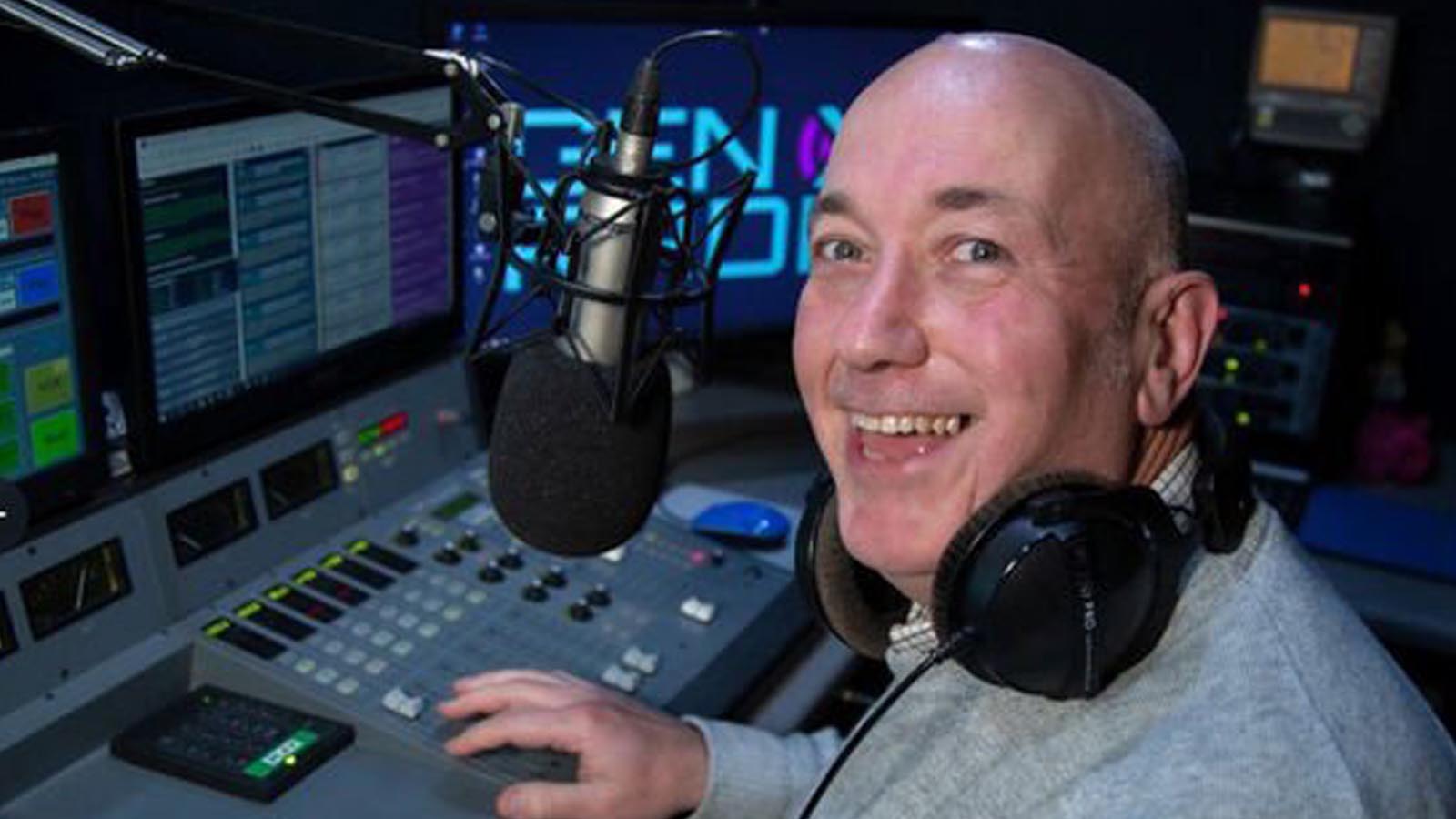 A local radio host died from a suspected heart attack while presenting his daily breakfast show.

Tim Gough, 55, was presenting his morning programme for GenX Radio Suffolk when the music stopped playing half way through a song, about an hour into his slot.

The music resumed a few minutes later but Mr Gough, who had been speaking just moments earlier, did not return and later the station confirmed he had passed away.

GenX Radio Suffolk posted on their social media accounts: ‘It is with the heaviest of hearts that I have to inform you, our dear friend and breakfast host Tim Gough passed away this morning whilst presenting his program.

‘Our love to his family, son, sister, brother and mum.

The host, whose radio career dated back to 1986, had wished his listeners a good morning and was excited for the radio station to launch on DAB in a week.

He gave weather updates across Suffolk and just minutes before ‘Grey Day’ by Madness stopped abruptly, he was talking about famous couples who have married in Bury, Suffolk, over the years.

The father-of-one spoke his final words after playing Brown Sugar by the Rolling Stones, commenting that it was the birthday of bass guitarist Bill Wyman, a Suffolk resident.

James Hazell, managing director of GenX Radio Suffolk, was on air from 9am and shortly before 11am he informed listeners of the ‘devastating blow’.

He said: ‘I speak to you this morning with frankly some tragic tragic news.

‘At ten to eight this morning in the middle of Tim Cough’s breakfast show broadcast, he suffered a catastrophic cardiac episode – as it has been described.

‘Despite the best efforts of the paramedics, who were on site very quickly, some 20 25 minutes doing what they could to revive to – it was not to be.

‘It was in the middle of his program, he was doing something he loved to do.

He added: ‘I really have no words at this stage, he was 55-years-old, very healthy. Who knows why these things happened, but its happened.’

Mr Hazell told the East Anglian Daily Times that Mr Gough was ‘a hugely experienced and highly talented broadcaster with an army of fans for his daily program.’

He added: ‘To know Tim personally, as I did very closely for over 30 years, was to know a warm, caring, fun guy who myself and my family loved dearly. We are heartbroken by the news.’

His profile on the radio’s website says: ‘Tim is Suffolk born and bred, and grew up in a village close to Bury St Edmunds.

‘His radio career has spanned over a quarter of a century, and began at Radio Orwell in 1986.

‘He went on to present the breakfast show on Saxon Radio and SGR-FM, as well as appearing on Smooth Radio and various other radio stations in the East Midlands.

It added that the breakfast show on GenX Radio Suffolk was the first time Mr Gough got back behind the microphone in over a decade.

Condolences and tributes quickly poured in from fans of the local radio, which launched in January this year, following the sad announcement.

Linda wrote on Facebook: ‘Such sad news. It was so nice to hear his cheerful voice first thing in the mornings.’

Kelly-Anne tweeted: ‘My darling friend. Doing what he loved doing but I can’t comprehend the loss.’

Phil said that it was ‘So so Sad, I really enjoyed his breakfast show RIP.’