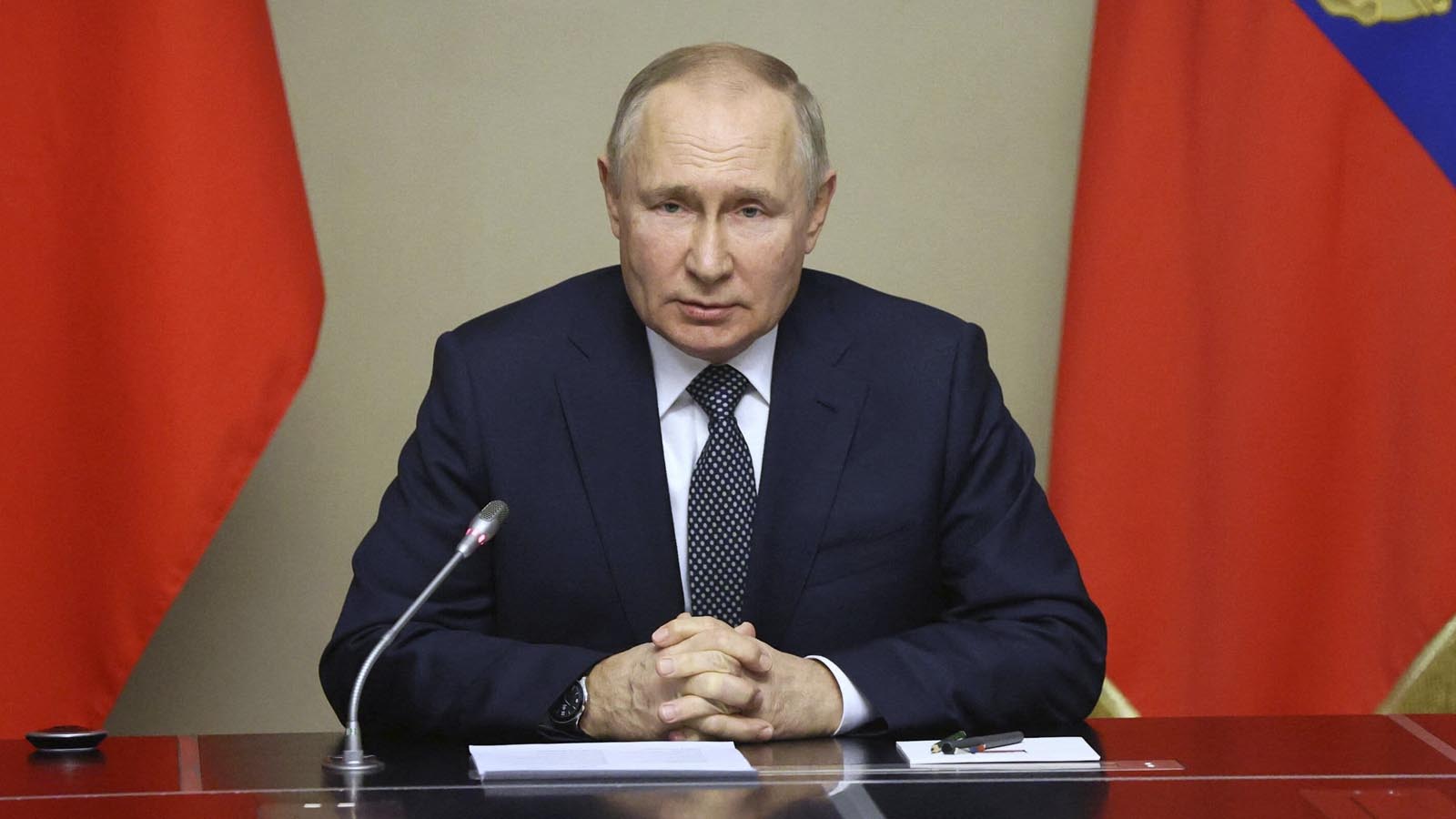 In between being bogged down in a pointless war in Ukraine and presiding over domestic turmoil, Vladimir Putin found time to take questions from something resembling a press corps on Sunday.

In the process, the Russian president was asked about a recent report that he fell down the steps and defecated on himself.

General SVR, the secretive Telegram channel that was also behind the initial reports that Putin has cancer, made that assertion on Friday. Putin’s response to the ordeal was interesting, both because of what he said and what he didn’t say.

Reporter: "Is it true that you fell down the stairs?"

Putin calls on the reporter who asked about the alleged incident, who is from some outlet called Zero Canal. The reporter then answers a challenge about where the information for the question came from, stating from “Western media.” As I mentioned above, that’s not actually true given it came from the General SVR Telegram channel, which is run by someone out of Russia. Regardless, that was the hook Putin was looking for, allowing him to dismiss the report as “fake news.”

What he didn’t do was deny that the fall happened, which seems noteworthy given Putin is typically cunning enough to avoid areas of unintended ambiguity. In this case, saying he won’t comment seems more like a tacit admission that he did defecate on himself after tumbling down the stairs.

Some will charge that this is all meant to embarrass Putin, and that angle certainly does exist, making it a bit harder to distinguish fact from fiction at times. Still, it’s obvious that the Russian president is suffering from some kind of major illness. If it is indeed Parkinson’s disease as multiple reports have said, then falling down the steps from a weakened state wouldn’t exactly be shocking.

I’m not sure any of this matters that much politically, though. Putin isn’t going to let go of power until he takes his last breath, and that may be a while yet. He’s also dug the hole so deep in Ukraine that it’s unlikely he’ll back out of the conflict for any reason. In fact, his sickly state may prove more dangerous, dampening any motivation he may have had to reset out of concern for Russia’s future on the international stage.