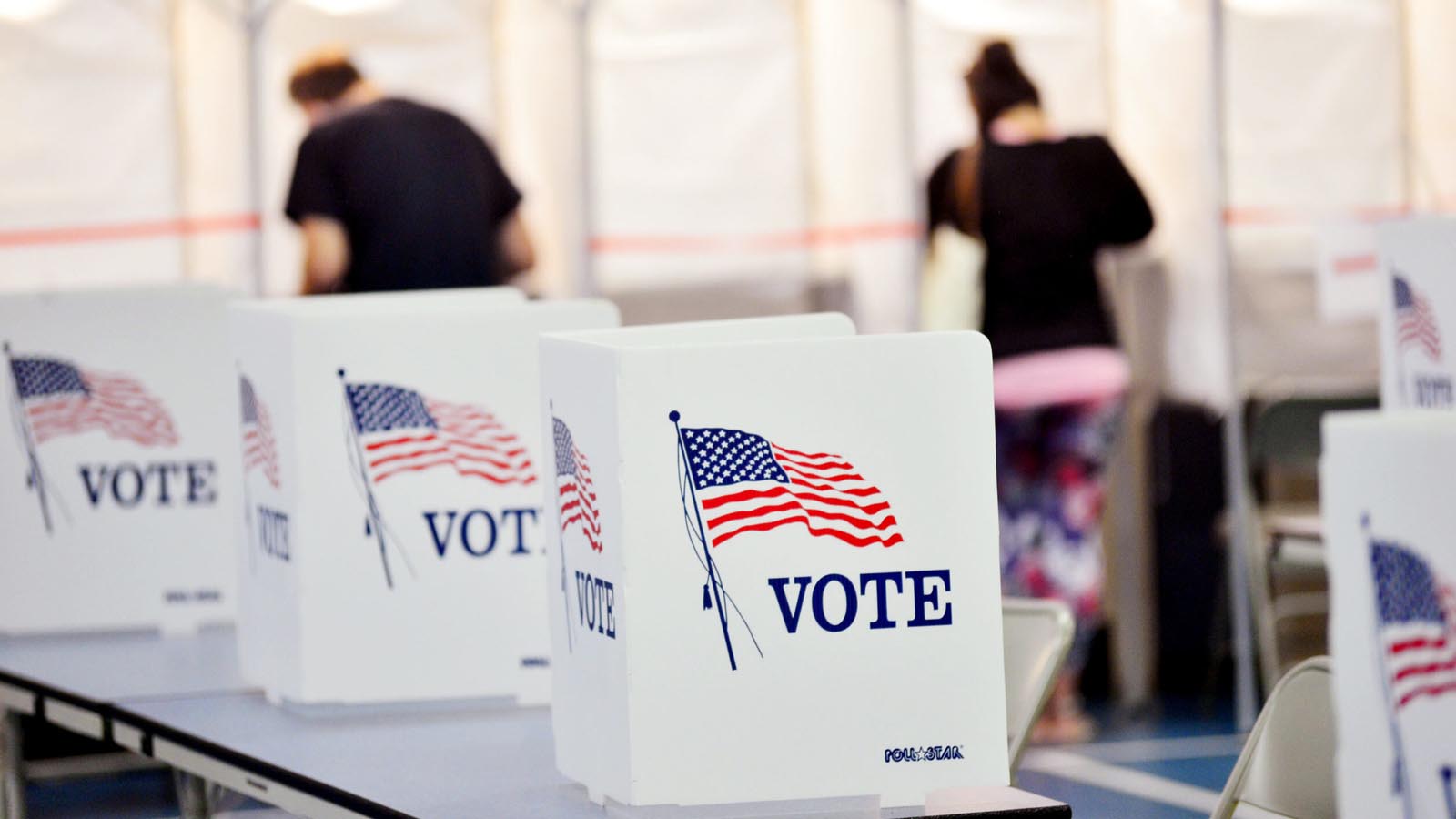 The prominent pollster in question is Trafalgar’s Robert Cahaly, whose work is often derided and dismissed by the Smart Set. But Trafalgar has disrupted the polling space in recent cycles – which was desperately needed, given the number of credibility-damaging misfires the industry has produced since 2016.

In a lengthy interview on my radio show, Cahaly described some of the ways his firm differs methodologically from their competitors (if you’re a political data nerd, it’s fascinating stuff), then touted Trafalgar’s success rate. Their error margin has been substantially better than most, if not all, of the big boys, and they’ve correctly called the winner in approximately 92 percent of the races they’ve measured.

They were much closer than some of the prestigious pollsters in an array of states in 2020, they detected a close New Jersey race last year when no one else had picked up on that movement and were nearly perfect in the 2021 Virginia gubernatorial race. With that context as a backdrop, listen to this conversation: 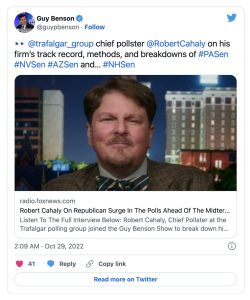 Cahaly told me that his last national numbers gave the GOP a five-point lead on the generic ballot, but he noted that in his forthcoming data, he expected that lead to rise a bit. Sure enough, over the weekend, Trafalgar’s new 2022 ballot survey dropped:

If this is anywhere close to correct, a red wave will crash on Democrats next week. Even if Republicans win by 2-3 points overall in the collective House “national popular” vote, it’ll be a good night for the GOP. Here’s a fresh CBS survey pointing to a Republican advantage with roughly one week to go:

Allow me to let you in on a little secret: If this poll’s numbers among independent voters are accurate (Republicans leading by 16 points, and Joe Biden’s approval rating at 32 percent), the overall electorate will not be R+2, and 228 House seats would be the floor. Which brings us back to the Cahaly interview. He sounded decidedly bullish on Republicans’ Senate chances in Nevada, Georgia, Pennsylvania, and Arizona. He also said New Hampshire is very much in play. And based on these numbers, so is Washington State:

I remain very skeptical that Murray is on the brink of losing, just as I’m not persuaded that Kathy Hochul is on the ropes in New York. I can believe that both races are uncomfortably tight for Democrats in these very blue states, but I’m not sure I’m prepared to predict an upset in either one. That said, leftist groups are funneling cash into Washington, and I don’t think they’re doing so for fun:

And Hochul is not acting like a confident New York Democrat down the final stretch, declaring herself the “underdog” and apparently pulling stunts like this. The DGA is making a last-ditch investment to try to help her survive, presumably having not expected to need to spend a dime in New York. Also, I’m not sure Ron DeSantis would leave Florida to stump for a guy with no shot, although I’m sure he’s enjoying making Hochul squirm. And he’s obviously decided that even if Lee Zeldin falls short, being a good team player and helping motivate the base, with significant down-ballot implications in New York, is worth his time and resources. Consider the political reality that New York’s gubernatorial race is closer than Florida’s this year. If a big red wave does end up materializing, it will look pretty obvious in retrospect. The fact that this is even happening is pretty wild:

The Democrats, meanwhile, are rolling out this surrogate:

They are actually running on their record of lockdowns and historic learning loss. https://t.co/gIC3eWts3I

I’ll leave you with a few developments in the critical Pennsylvania Senate race, in which a cluster of post-debate debacle polls show Dr. Oz edging out to a small lead – and in which the Pittsburgh Post-Gazette has endorsed Oz, with some stinging words for John Fetterman:

Pittsburgh P-G ed board: “Mr. Fetterman, despite his hoodies and shorts, has little experience in holding real jobs or facing the problems of working people.” pic.twitter.com/t7KipKHPOk

Finally, if conservatives are starting to count chickens ahead of next week, here’s a new set of NYT/Siena polls that are all bad for Republicans. If these numbers are right, the GOP is down in Arizona, down in Pennsylvania (mostly pre-debate sample), down in Georgia, and only tied in Nevada. Might the numbers be wrong? Yes.