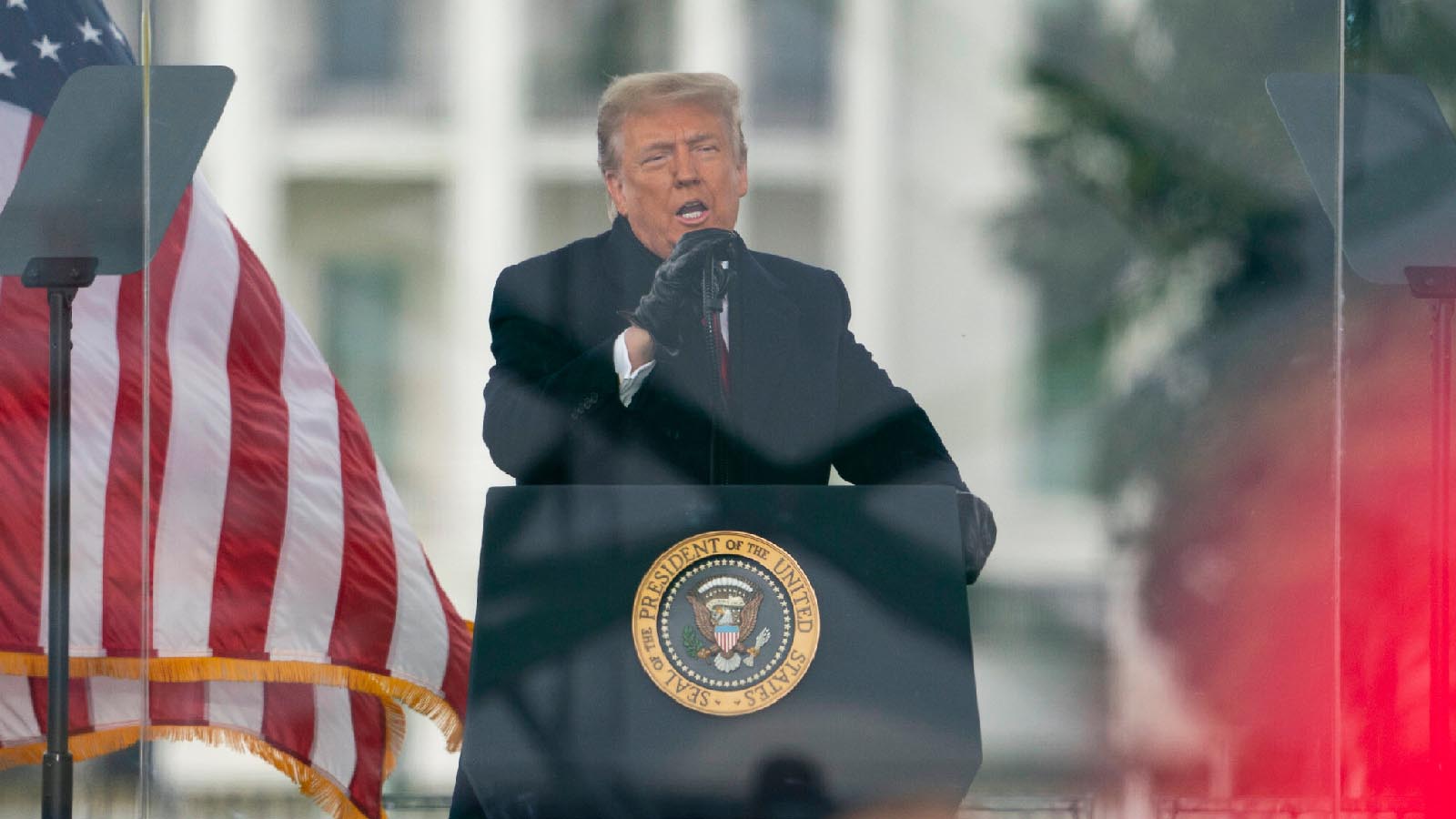 Presidential historian Constantinos Scaros said there are multiple reasons the Democrats’ argument that former President Donald Trump incited a riot at the U.S. Capitol on Jan. 6, 2021, does not pass muster.

Scaros — a history and political science professor at Grand Canyon University in Phoenix, and Colorado Technical University in Colorado Springs, Colorado — is the author of the book “Trump-Up Charges” in which he seeks to dispel 10 myths about Trump reported on by the media.

“I wanted to show people and set the record straight that 100 years from now, history will assess Donald Trump fairly as to what he really did and what he really didn’t. And that’s why I wrote the book,” Scaros told The Western Journal in a recent interview.

About half of his book addresses claims that Trump is somehow a racist or xenophobic.

One is about the falsehood that now President Joe Biden used to launch his campaign to unseat the 45th president: that the Republican called white supremacists “very fine people” in the aftermath of the Charlottesville riot in August 2017.

Violence erupted when hundreds of protestors gathered who opposed the removal of a statue of Confederate General Robert E. Lee from a park in the Virginia town, which had been named in his honor, but the city council had voted that summer to rename it.

Trump did say there were “very fine people” on both sides, but added, “I’m not talking about the neo-Nazis and white nationalists because they should be condemned totally.”

Trump’s defense team must expose the damnable impeachment prosecution lie. He NEVER praised violent bigots in Charlottesville, quite the opposite:

“I’m not talking about the neo-Nazis and the white nationalists, because they should be condemned totally”pic.twitter.com/zPkrv8S56i

Scaros argued, “Joe Biden’s entire campaign was predicated on a lie, the lie being that Trump said, ‘There are very fine people on both sides,’ and he meant very fine people to include white supremacists with torches and sheets and hoods.

“And if you do look at the context, that was definitely not the case,” Scaros continued. “He was talking about very fine people who abhor racism and white supremacism just as much as anyone else, but they believe in the historical significance and the legacy of Confederate statues and so forth.”

“So he was talking about very fine people who want to preserve the history of the soldiers who fought in their state in those parts where those statues are up,” the author said.

Scaros contended that Biden knew this full well, but propagated the lie anyway.

“He counted on the American people being bamboozled by media malpractitioners who just put up clickbait headlines hoping the audiences are too lazy to really click and read the full story,” Scaros said.

Some of the other topics the scholar covered in “Trumped-Up Charges” include reporting regarding the so-called “Muslim Ban,” as well as whether Trump called Mexicans rapists and criminals or said “the squad” should go back to their own countries.

In the end, Scaros admitted he can’t truly know what’s in Trump’s heart, but he can look at the record of what the former president really said and his life choices and be able to disprove the establishment media’s reporting.

“So if this guy is a billionaire and he hates persons of color, etc., etc., he wouldn’t be in New York because he’s surrounded by people different from himself. That’s just my speculation about whether he’s a racist or not.”

Scaros also does not believe the media’s and the Democrats’ narrative that Trump incited a riot on Jan. 6, 2021, stands up to scrutiny.

The author offered three reasons he thinks it does not.

First, there are the words Trump actually said at the Save America Rally that day.

“I know that everyone here will soon be marching over to the Capitol building to peacefully and patriotically make your voices heard,” the 45th president stated.

While Democrats have keyed on the words “fight like hell” which Trump did use in that speech, Scaros said when taken in context it further provides a second reason Trump did not want violence.

“When he said ‘fight like hell,’ never mind that just about every football coach in the world uses that term, in the, in the locker room. He immediately then said, and not many people talk about this, he said, ‘And you know who fights like hell? Rudy Giuliani,’” Scaros recounted.

“Now, did he really mean that this frail guy who was pushing 80 is going to scale walls and break through windows? Of course not. He was talking about Giuliani’s tenacity to achieve a goal. He was certainly not talking about physical violence and criminal trespass.”

During his remarks, Trump said Giuliani’s “got guts. You know what? He’s got guts, unlike a lot of people in the Republican Party. He’s got guts. He fights, he fights.”

A third reason Scaros put forward is Trump has too much political acumen to have wanted violence.

“Certainly he knows that’s going to hurt him,” Scaros said, nor did Trump want to commit treason or have any reason to believe a violent “insurrection” would have ever succeeded.

Scaros concluded, “I think it’s important for Trump supporters to tell their friends and relatives, ‘Look, if you want to hate Donald Trump, hate him for things he actually did… Just don’t hate him for the things he really didn’t do.’”