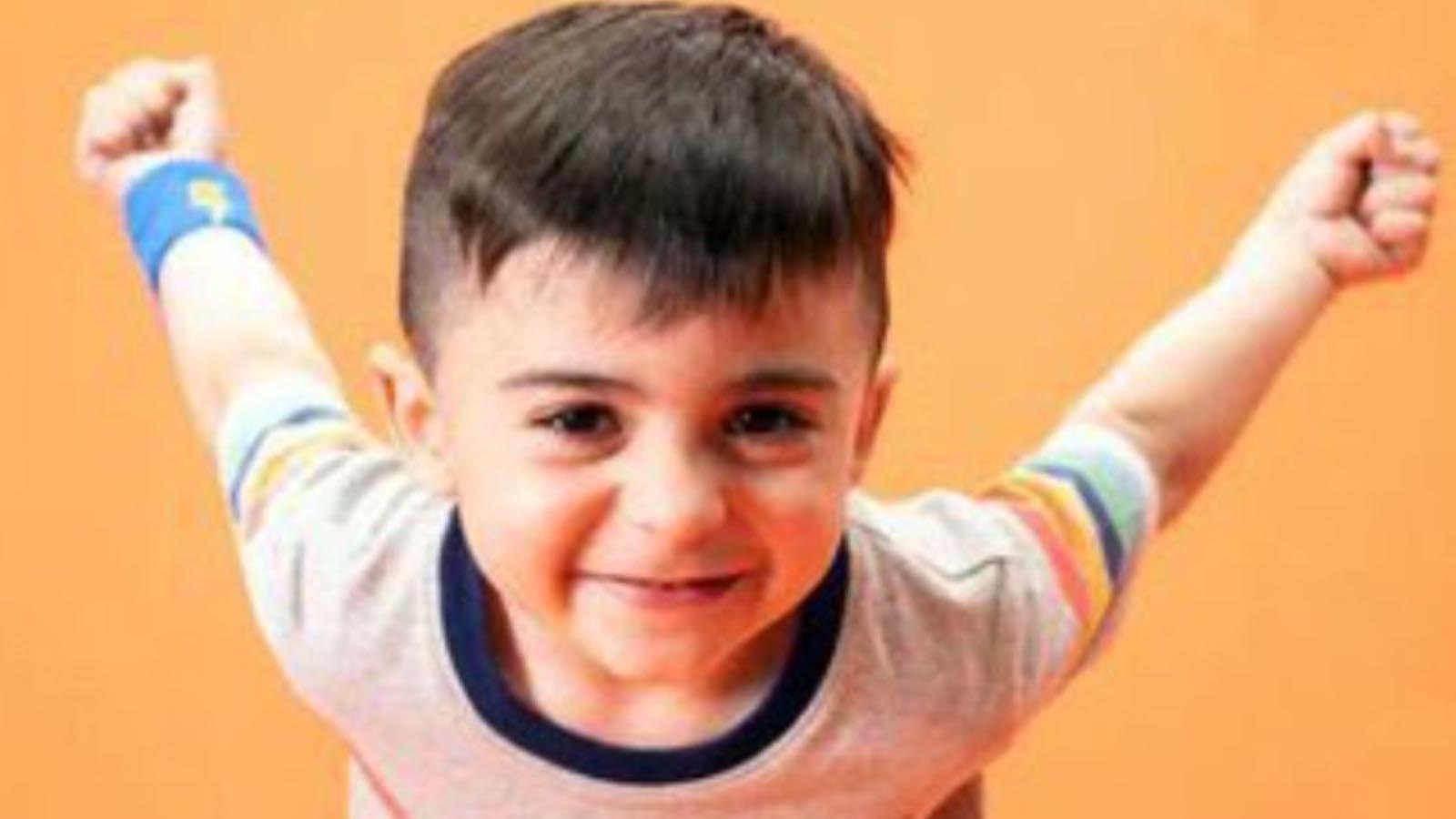 In a tragic turn of events, Santino Godoy Blanco, just 4 years old, has passed away from pneumonia on Nov. 3, according to multiple reports.

If that name sounds at all familiar to you, that’s because Blanco was the face of one of Argentina’s various vaccination campaigns.

You can see an example of the type of campaign that Blanco was featured in below: 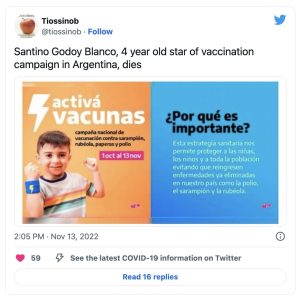 The above ad is promoting vaccinations against measles, rubella, mumps and polio.

As multiple Argentinian outlets are reporting, the actual circumstances of Blanco’s tragic passing are raising some eyebrows.

According to Blanco’s mother, her child had complained for a week that he wasn’t feeling well.

The hospital, however, is being accused of sending the child back several times.

While the autopsy ultimately determined that Blanco died of pneumonia, the child reportedly received several different diagnoses, including gastroenterocolitis and laryngitis.

The mother, Augustina, explained that at first she was told her son’s condition was a viral issue. After the initial visit, in which she went because her son’s fever would not go down with basic ibuprofen, they were given the viral diagnosis and returned home.

That’s when Blanco began throwing up. His condition only worsened from there, before he eventually died.

“I’m not going to stop until the doctors who treated my son are removed,” Augustina allegedly told San Miguel Mayor Jaime Mendez.

Blanco’s tragic death does follow an alarming trend of perfectly healthy young people around the world passing away unexpectedly.

While Blanco’s death does appear to be a case of poor diagnosing, at least based on his mother’s account of events, it is still adding to a list that already includes too many young people.

For Brazil’s Ministry of Health, the passing of one of its campaign mascots has only added to a trying year for them.

As Reuters reports, last December, the Brazil health ministry’s website was hacked. Not only did several systems get taken down, hackers targeted information about the national immunization program and another used to issue digital vaccination certificates.