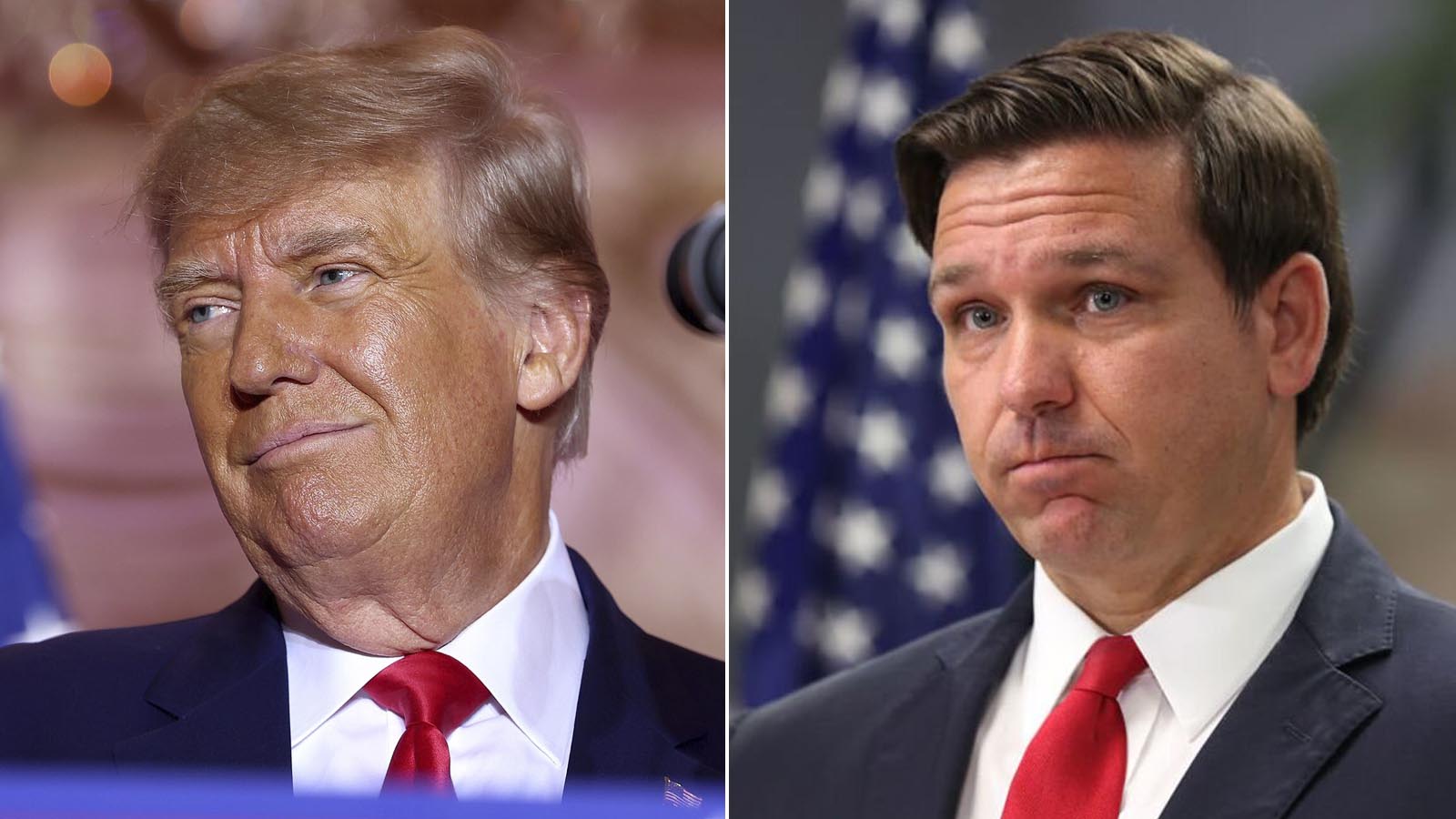 Former President Donald J. Trump holds a towering 30-point lead over the rest of the potential 2024 Republican primary field, according to a poll.

In an Emerson College Polling survey released Tuesday, 55.1 percent of registered voters said they would vote for Trump in the 2024 GOP primary, placing him 30.3 points ahead of his nearest competitor, Gov. Ron DeSantis (R-FL). The Florida governor garnered 24.8 percent of the response. 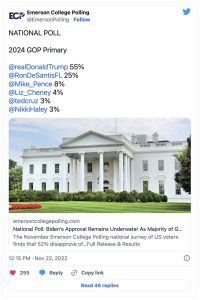 Former Vice President Mike Pence came in third place as 7.5 percent of participants said they would back him, and 3.6 percent would support outgoing Rep. Liz Cheney (R-WY), the vice chair of the January 6th Select Committee. Sen. Ted Cruz (R-TX) drew support from 3.4 percent of poll participants. While the entire poll surveyed 1,380 registered voters, the question asking poll participants who they would support in the GOP primary had a sample size of 614 respondents.

According to Emerson College Polling Executive Director Spencer Kimball, patterns of support between Trump and DeSantis vary among different education and age demographics:

The poll also gauged support among potential 2024 Democrat candidates, finding that President Joe Biden is still the frontrunner despite garnering an approval rating of just 38.7 percent in the survey. Of the 591 respondents polled regarding their candidate preference in the potential 2024 Democrat primary field, 41.5 percent said they would vote for Biden, while Vice President Kamala Harris drew the second highest rate of support at 16.6 percent.

Sen. Bernie Sanders (I-VT) landed in third place with 11.5 percent of the response, and another 8.9 percent said they would support Transportation Secretary Pete Buttigieg.

Emerson College Polling sampled 1,380 registered voters from November 18-19, and the poll has a margin of error of plus or minus 2.5 percentage points.