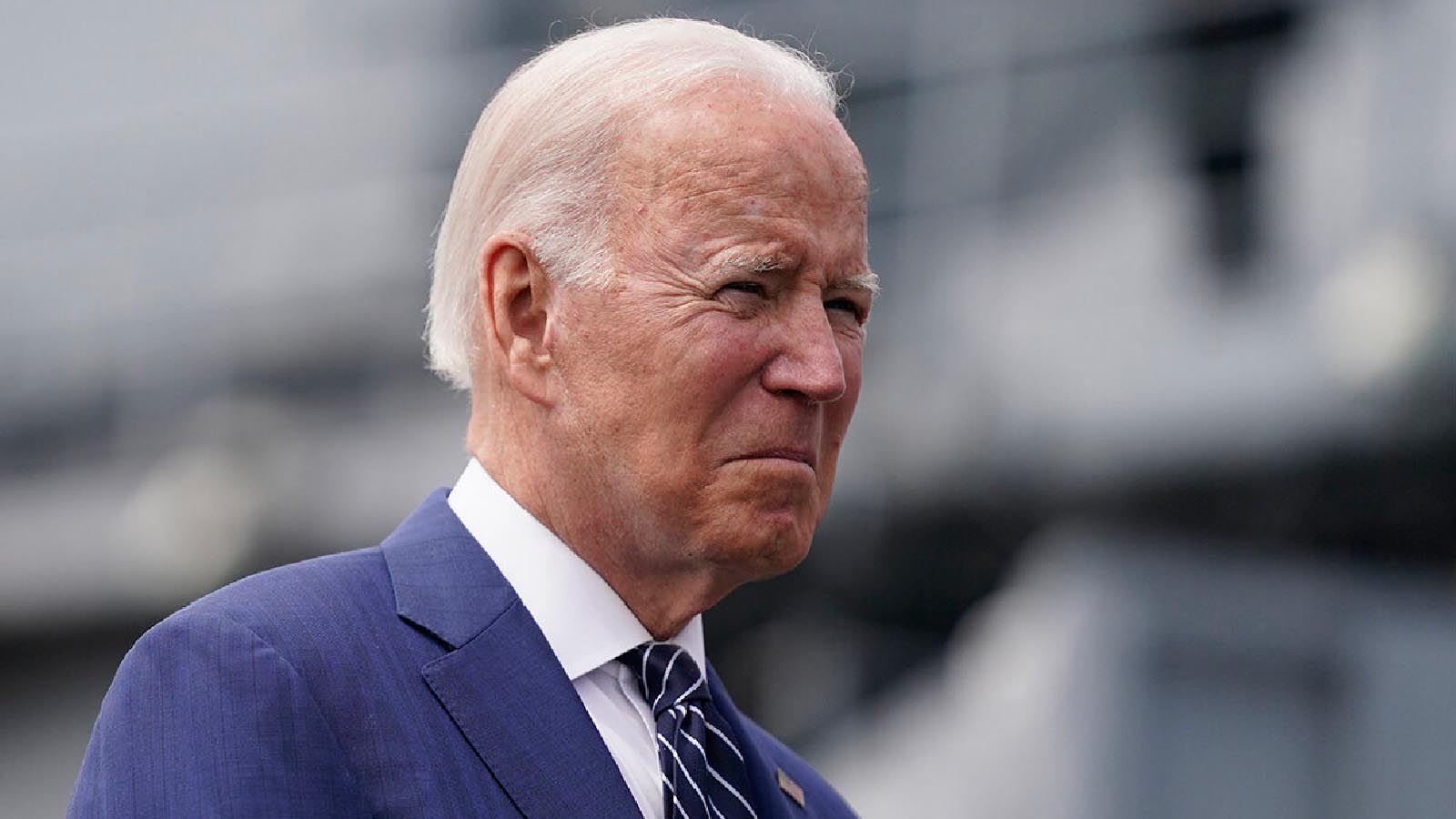 President Joe Biden is underwater in a state considered a lock for the Democratic Party, according to poll results published Thursday.

Fifty-five percent of Massachusetts residents disapprove of how Biden has handled his job as president and only 34% approve, according to the latest Civiqs poll.

Biden has had a consistent positive approval rating in the state since becoming president, making it the first time Biden’s disapproval numbers outweighed voters who approve, according to the polling, which has been conducted every month since April 2021. Only 43% of Massachusetts voters disapproved of Biden in Civiqs’ May poll, a ten-point difference between May and June. 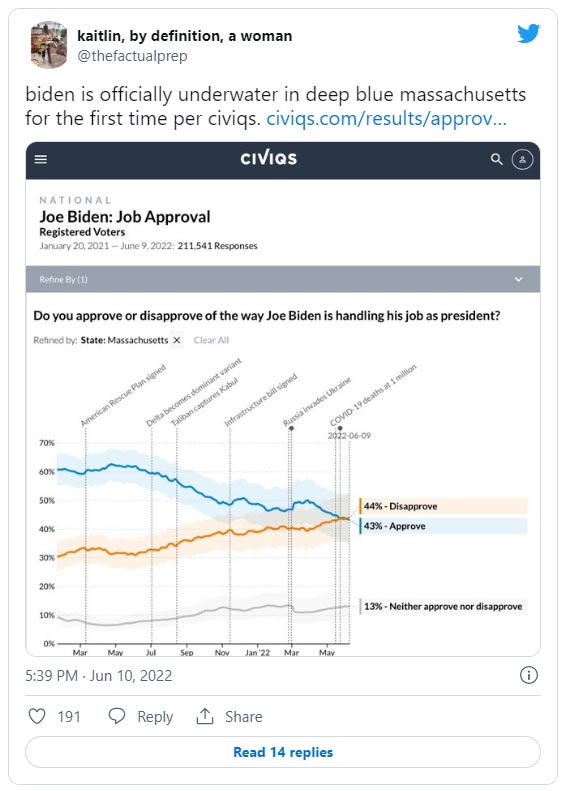 Massachusetts, a deep blue state that went almost 66% for Biden in the 2020 general election, shows the president has high disapproval numbers among almost all voting blocks.

Only 12% of Democratic voters in Massachusetts disapprove of how Biden is running the country, but the number skyrockets to 95% among Republican voters. More Independent voters (63%) disapprove than approve (24%) of the president.

These numbers mimic Biden’s approval numbers nationwide, with 55% of Americans pointing at their frustration toward the president, reported Civiqs.

An anonymous Democratic strategist told The Hill in April that Biden’s disapproval numbers will haunt the Democratic Party in the midterms.

“The problem is simple. The American people have lost confidence in [Biden], the Democratic strategist told The Hill. “You have an energy crisis that’s paralyzing and inflation is at a 40-year high and we’re heading into a recession.”

The analytics site FiveThirtyEight gives Civiqs a “B-” grade in its pollster ratings, with a mean-reverted bias towards the Democratic Party.