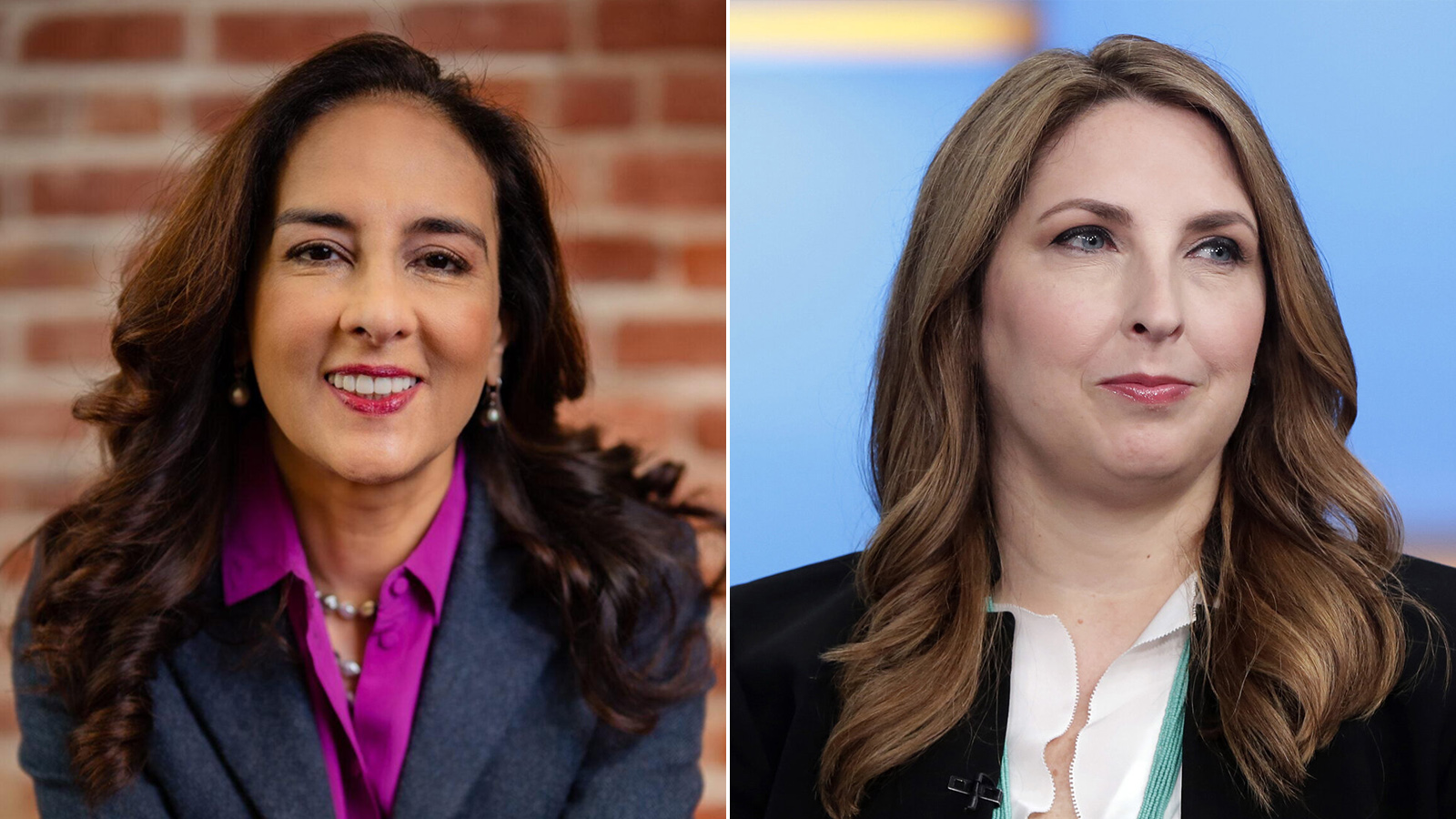 On Twitter Charlie Kirk wrote, “A recent poll of over 1,000 Republican voters found that 86% would support Harmeet Dhillon as the new RNC Chair over Ronna McDaniel. The era of a status quo Republican Party is over whether those clinging onto power realize it yet or not.” 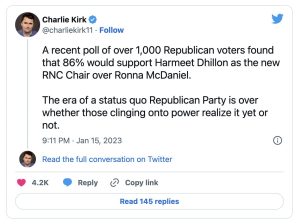 Current RNC Chair Ronna McDaniel, who was elected in 2017 and is running for her fourth term, received 14 percent support.

President of Convention of States Mark Meckler said in a release via their website, “The era of the establishment is over. The grassroots are pushing back and making their voices heard. And—contrary to what Ronna McDaniel has stated publicly—the leadership of the RNC should ultimately reflect the will of the Republican voter and move Republicans forward at the ballot box.”

After the November midterm elections proved disappointing for the GOP, many in the party who were hoping for a “Red Wave” have called for new leadership at the RNC. Dhillon and MyPillow founder Mike Lindell have both announced challenges to McDaniel and Lee Zeldin, former New York Republican candidate for governor, has said he could potentially run.

Dhillon, currently an RNC committeewoman and leader of the Republican National Lawyers Association, said in a statement, “After three successive terms of underwhelming results at the polls for the GOP, all the while with leaders congratulating ourselves for outstanding performance, I feel that we owe it to our voters to have a serious debate about the leadership of the party and what we must change to actually win in 2024.”

A spokesperson for McDaniel’s reelection campaign, Emma Vaughn, told the Daily Caller News Foundation, “Members of the 168 rallied around the Chairwoman because of her unprecedented investments in the grassroots, election integrity, and minority communities, and for taking on Big Tech and the biased Commission on Presidential Debates.”

“Member support for the Chairwoman has grown since her announcement and she will continue speaking with each and every member about how the party can continue building upon our investments and make the necessary improvements to compete and win in 2024,” Vaughn added.

The RNC chairmanship is set to be decided at the group’s annual winter meeting, where the committee’s 168 members will meet in Dana Point, California in late January.

The poll was conducted from January 9 through 11 and sampled both primary election GOP voters and voters who were registered as Republican. The poll has a 2.9 percent margin of error.