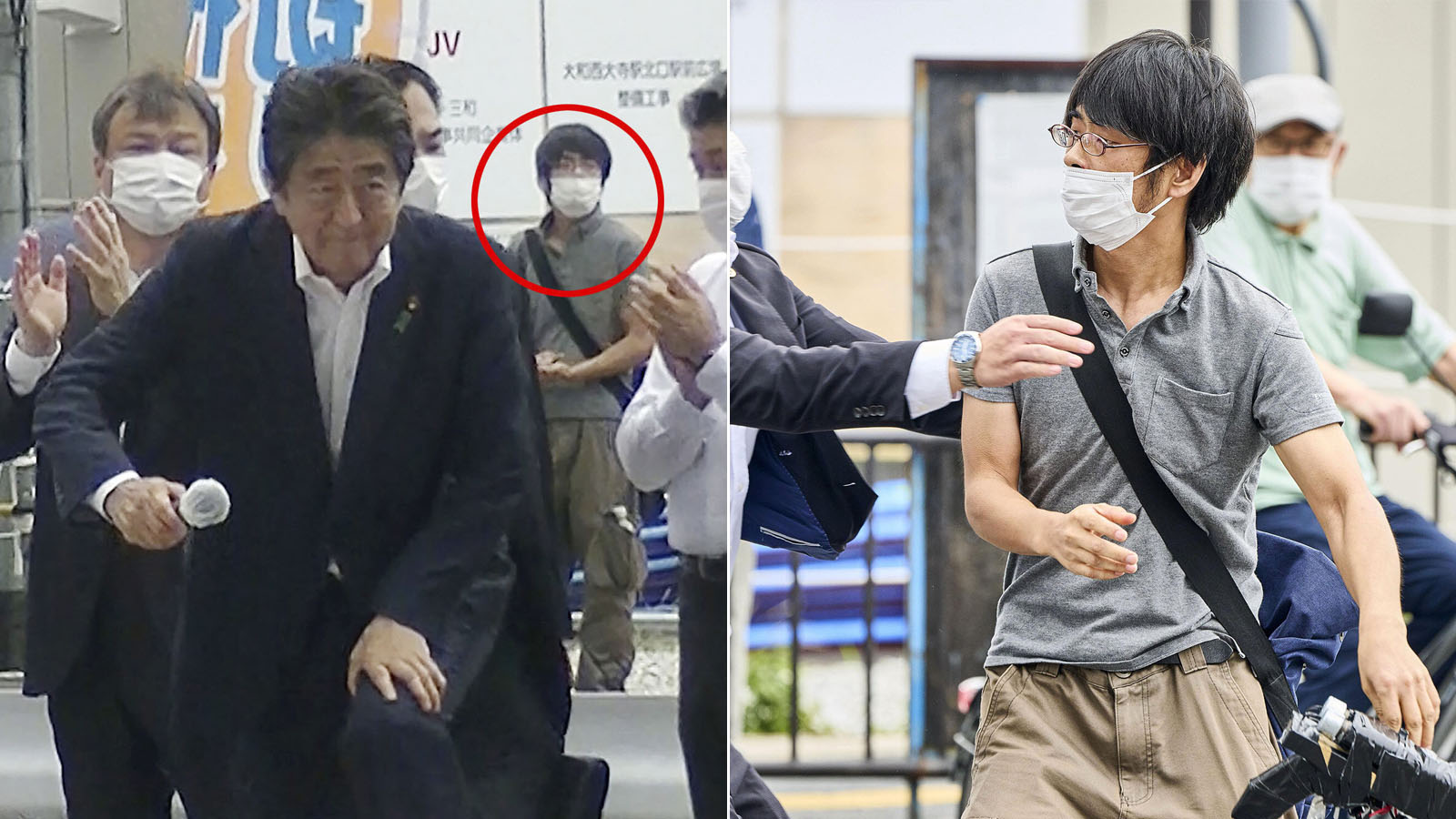 The alleged assassin who shot dead Shinzo Abe on Friday believed the former Japanese prime minister was involved in a “specific organization” — and that his grudge wasn’t political, police said.

The suspected killer, Tetsuya Yamagami, 41, was tackled to the ground just moments after he allegedly opened fire on the 67-year-old former leader as he delivered a campaign speech in the western region of Nara.

In an interview with investigators, Yamagami allegedly admitted to plotting to kill Abe because he thought the ex-prime minister was connected to an organization that he bore a grudge against.

Police did not reveal the name of the organization or elaborate on what it believed in, adding it wasn’t clear if the group even existed.

The alleged assassin’s grudge did not appear to be about politics, according to police.

Yamagami was calm as he responded to questions during his interview and investigators are still trying to nail down whether he acted alone, police added.

The alleged killer was a Nara resident and had worked at Japan’s Maritime Self-Defence Forces for three years, but now appeared to be unemployed, cops said.

Chilling photos and video have emerged that allegedly show Yamagami standing behind Abe just moments before he opened fire with a homemade gun.

Abe, Japan’s longest serving PM, had just started delivering a speech when the initial shot rang out. The politician could be seen clutching his chest and slowly tumbling to the ground as the second shot was fired.

Guards immediately pinned the gunman to the ground and his black, double-barreled weapon was spotted nearby.

Abe was pronounced dead around five and a half hours later after being rushed to hospital where he received more than 100 units of blood in transfusions.

He bled to death from deep wounds to the heart and the right side of his neck, authorities said.

“This attack is an act of brutality that happened during the elections — the very foundation of our democracy — and is absolutely unforgivable.”