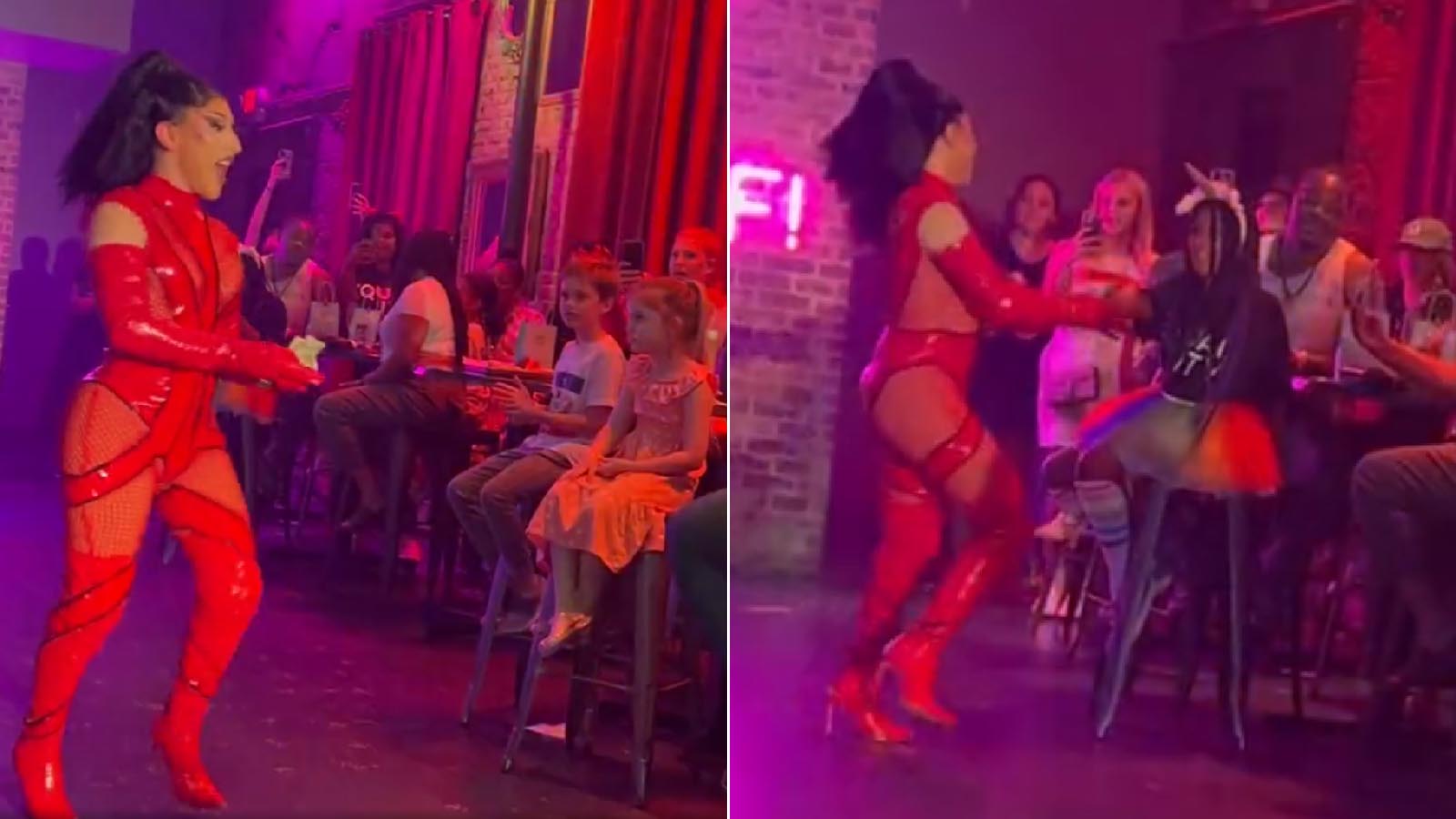 The left is sexualizing children.

Years ago, when Republicans warned the country that this was the ultimate goal of the LGBT movement, they were decried as hateful bigots.

Leaked footage from inside a Dallas, Texas, gay bar shows that, unfortunately, those Republican predictions have come true.

The gay bar — called Mr. Misster — hosted a “family-friendly” drag show where children watched as a man — dressed in a scantily-clad leather suit — danced for money.

Footage from inside the gay bar in Dallas, Texas (Mr. Misster) that hosted the drag show for children as part of #PrideMonth. Video by @TaylerUSA. pic.twitter.com/JX1jkxkX13

The kids were even invited to hand the man dollar bills, a standard procedure at strip clubs.

One of the transgender performers, Albert Xavier Estrada, is known for promoting and selling sexual content on the site “Onlyfans” under the name “Arielle Diamond.”

WARNING: The following post contains vulgar language that some viewers may find offensive.

One of the drag performers that took money from young children at the show at a gay bar in Dallas, Texas responds to me. He inaccurately says I was one of the protesters who called him “disgusting.” https://t.co/rfHCiPxd6g pic.twitter.com/zojPzfWWPV

According to journalist Andy Ngô, during the event “children & transvestites danced in front of an electronic sign that read, ‘It’s not gonna lick itself.’”

The drag event for children at a gay bar in Dallas, Texas was called "Drag the Kids to Pride." It was held at the Mr. Misster gay bar & club. Children & transvestites danced in front of an electronic sign that read, "It's not gonna lick itself." pic.twitter.com/tcgiqhqCbH

WARNING: The following video contains vulgar language that some viewers may find offensive.

Far-left protesters follow & physically confront a black man who protested a drag show for children at a gay bar in Dallas, Texas. Video by @TaylerUSA. pic.twitter.com/jhqxtc28uS

According to a statement from a group that had been protesting the event, police “were able to come in and remove all of the children and their families from inside of the bar,” according to WFAA.

However the outlet also reported that “contrary to part of this statement,” the Dallas Police Department claimed to have sent officers to “assist in crowd control.”

Perhaps almost as disturbing as the drag show itself was the local news coverage of it.

WFAA, the local ABC News outlet in Dallas, referred to the event as a “family-friendly drag show.”

Of course, there is no such thing as a family-friendly drag show.

Unless you’re OK with the sexualization of children, that is.