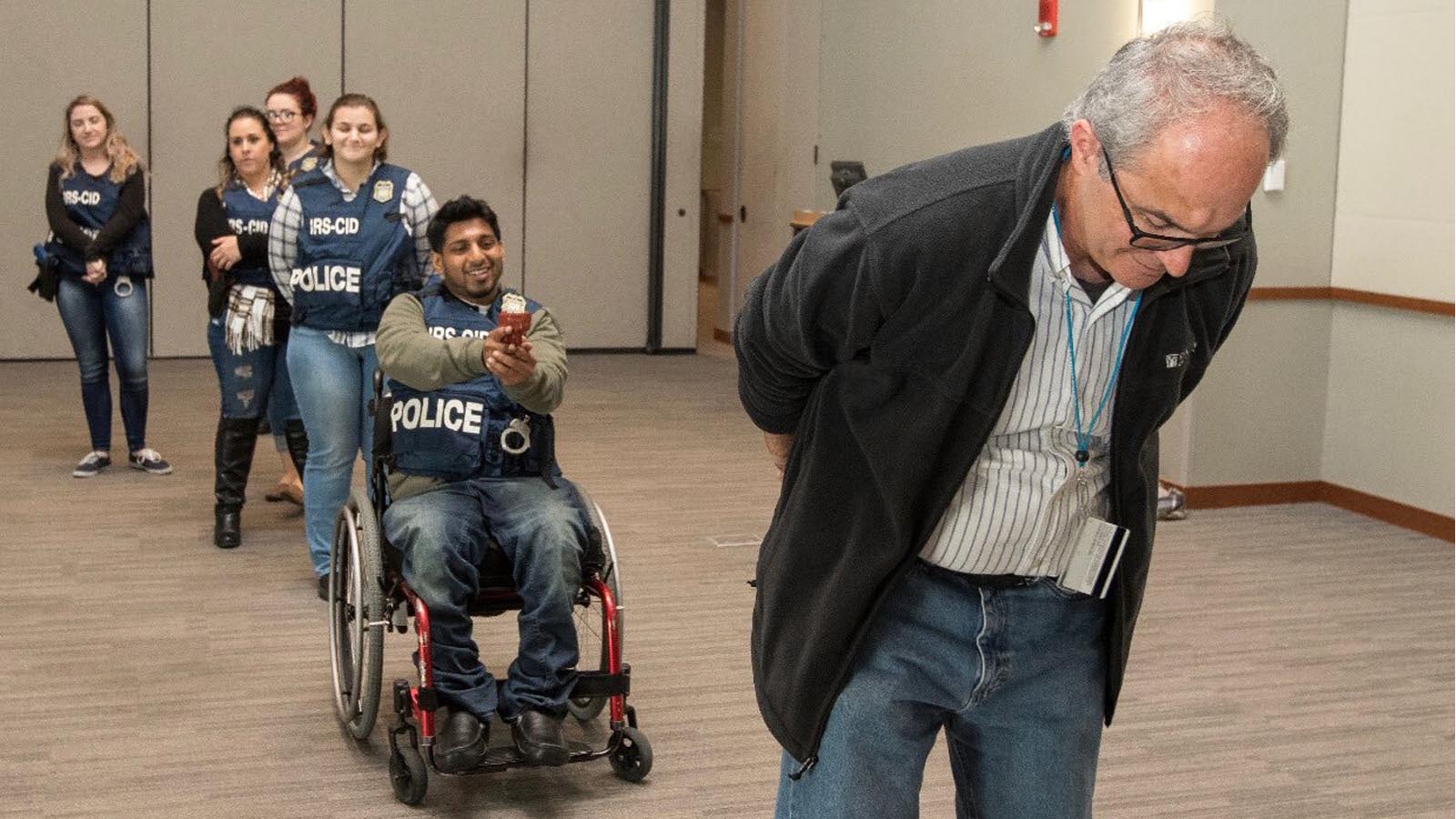 President Joe Biden took a few hours between vacations on Tuesday to sign the ironically named “Inflation Reduction Act,” a boondoggle of a bill that analysts agree will not reduce inflation. It will, however, raise taxes on the middle class and subsidize green energy programs.

The bill will also dramatically expand the scope and size of the IRS. In fact, it increases IRS funding by $80 billion, nearly six times its current annual budget of $13.7 billion, and adds an army of 87,000 new auditors to its ranks. Given that the IRS has been stockpiling weapons in recent years, buying up $700,000 in ammunition this year alone, this truly gives new meaning to the phrase, “weaponization of U.S. institutions.”

Although there was virtually no Republican support for this reckless legislation in either the Senate or the House, Biden touted the new law as proof that “democracy still works in America.” Right.

Following Biden’s over the top victory lap, Kentucky Republican Rep. Thomas Massie took a shot at Democrats by posting photos from an actual IRS recruiting program to his Twitter page.

These are not auditions for the next Police Academy sequel. This is an actual IRS recruiting program: pic.twitter.com/KUFqxmbDpW

Here's a fun game: How many safety and basic technique violations are there in this photo? pic.twitter.com/Smx7OhHxYD

Practicing deadly force on someone who didn’t report $300 in crypto earnings while ignoring rampant insider trading and fraud by politicians. How nice

Look at those smiles…so…so beautiful. Nothing brings a country together like a fed shooting someone in the back. pic.twitter.com/iuVNTx11C6

Last week, Fox Business News reported on an online job posting for “Criminal Investigation Special Agents” for the law enforcement branch of the IRS. According to Fox, one of the “key requirements” was that an applicant be “legally allowed to carry a firearm,” and “major duties” included “Carry a firearm and be willing to use deadly force, if necessary” and “Be willing and able to participate in arrests, execution of search warrants and other dangerous assignments.”

Needless to say, the requirement that applicants “be willing to use deadly force, if necessary” went viral on social media.

Fox noted that “a link to the job posting … appeared to have been briefly deleted on Wednesday, following online criticism of the posting’s language, though it reappeared back online after a FOX Business inquiry to the agency.”

But the new posting omits the requirement that candidates “be willing to use deadly force, if necessary.”

An IRS representative told Fox, “The IRS Criminal Investigation special agent job announcement continues to be open on USAJobs and has not/was not taken down. USAJobs is where these positions are posted and where applicants are referred to in order to apply. … The announcement has been opened since February 2022 and continues through Dec. 31, 2022.”

Requirements include working min “50 hours per week, which may include irregular hours, and be on-call 24/7, including holidays and weekends” and “Carry a firearm and be willing to use deadly force, if necessary.”https://t.co/uvwbrAkIit pic.twitter.com/z0aVX6uoMr

Fellow Americans being trained by our government to use deadly force against other Americans over taxes…..

If this isn’t Communism, I don’t know what is…..

The expenditure of $80 billion to sic 87,000 more IRS auditors on American taxpayers is an outrage. The requirement that the new auditors be comfortable with firearms, however, takes it to a whole new level.

Biden sees the new law as proof that “democracy still works in America,” but most of us see just the opposite.