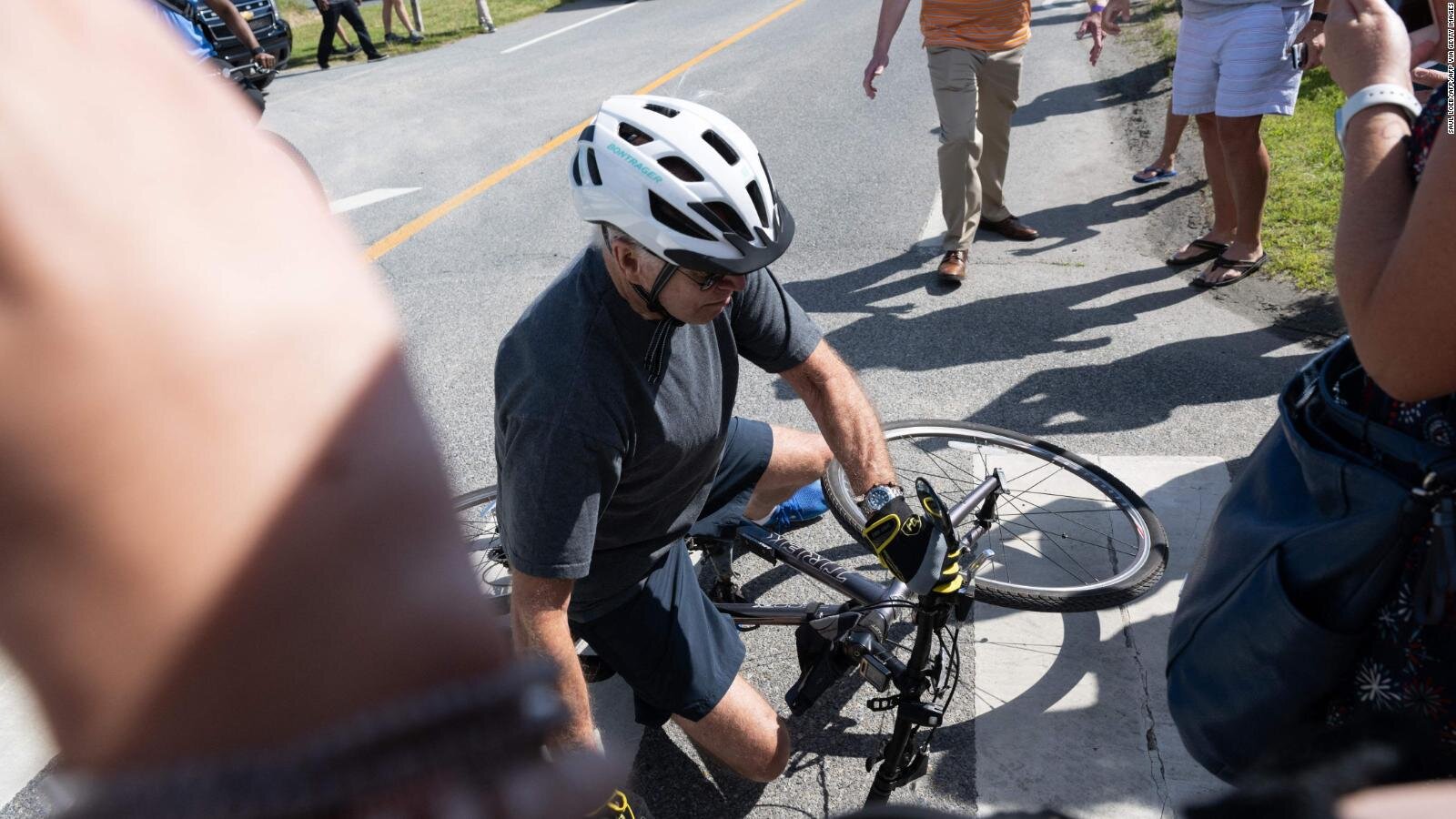 One month after President Joe Biden infamously fell while sitting on a stationary bike, internet users named the site where the incident occurred.

According to the Daily Caller, the crosswalk in Delaware where Biden fell was labeled on Google Maps as a historical landmark called “Brandon Falls.”

Multiple users shared screenshots of the location on Twitter. 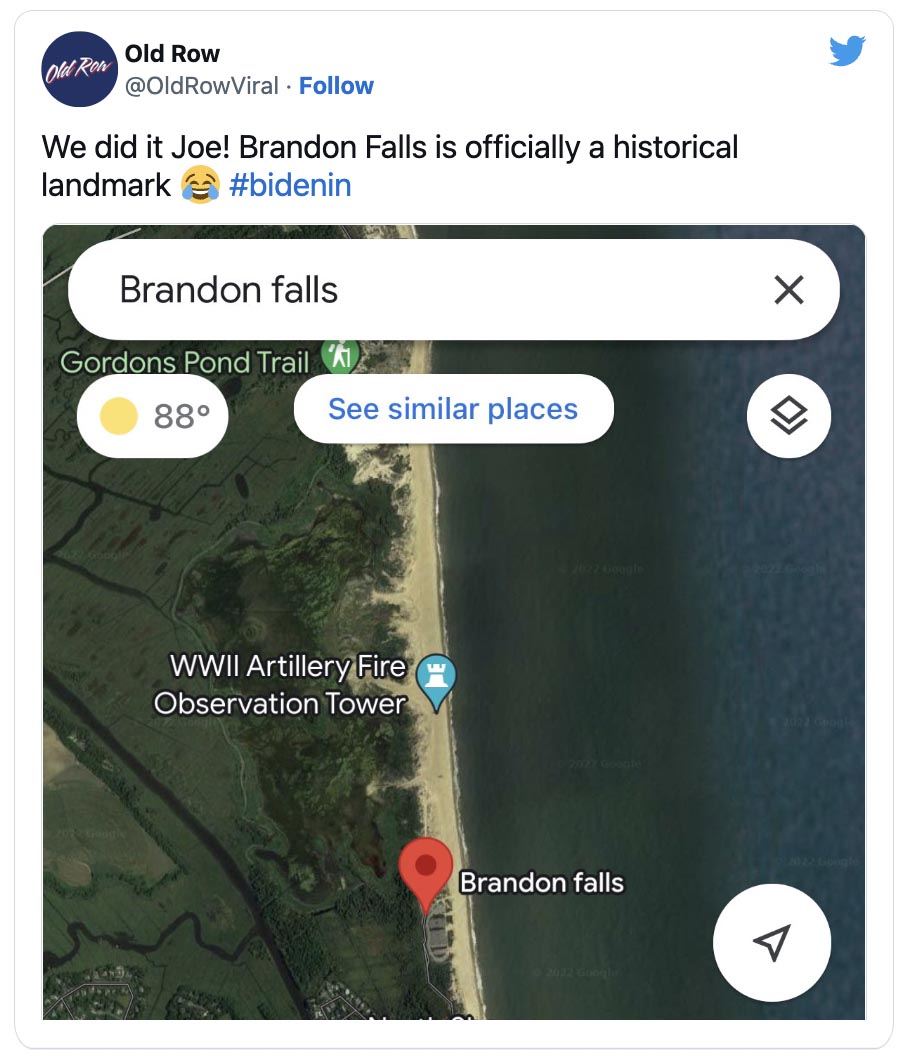 That crosswalk should be a historic site at this point #bidening pic.twitter.com/3bw8k7b4PP

“Is this a good place for falling off your bike while shaking hands with your sycophants?”

“There's no where better!”

People are ruthless. I LOVE it 😂

How long until Google removes it? I'm surprised it's still up. pic.twitter.com/nmQoo6qP7E

Google eventually removed the landmark from its maps, but not before users left over 130 reviews and gave the site an average rating of 4.9 stars, Breitbart reported.

The name “Brandon Falls” alluded to the “Let’s Go Brandon” chant that has been sweeping the nation since last year, when a NASCAR reporter suggested crowds chanting “F*** Joe Biden” were actually saying “Let’s Go Brandon” to celebrate a victory by driver Brandon Brown.

For those who may have forgotten, Biden tumbled off his bike on June 18 in what became a viral video. He had come to a complete stop before the fall.

President Biden falling off his bike this morning. pic.twitter.com/3z2OXwIBhx

Democrats immediately attempted to rectify the horrible situation for them, assuring the American people it is not uncommon for people to abruptly fall off their bike while stationary.

“For those who have never ridden a bike before, #Biden’s foot got stuck in his retention or pedal cage,” one user wrote on Twitter. “It happens to nearly every cyclist at SOME point over decades of riding while using any form of foot retention, including road and racing.”

For those who have never ridden a bike before, #Biden's foot got stuck in his retention or pedal cage.

It happens to nearly every cyclist at SOME point over decades of riding while using any form of foot retention, including road and racing.

Yes, who among us hasn’t fallen off a bike while stopped with one foot planted firmly on the ground?

Americans are smarter than to fall for these weak excuses, and they quickly began to troll Biden on the internet for his fall. In addition to the landmark designation, users started partaking in a trend called #Bidening in which they take pictures or videos of themselves falling down, often while riding a bike.

While the fall did bring some laughs after Biden ensured he was not seriously injured, the implications are far less funny. Biden’s mental and physical health are clearly declining, and that is concerning for both him and the country he is supposed to be leading.