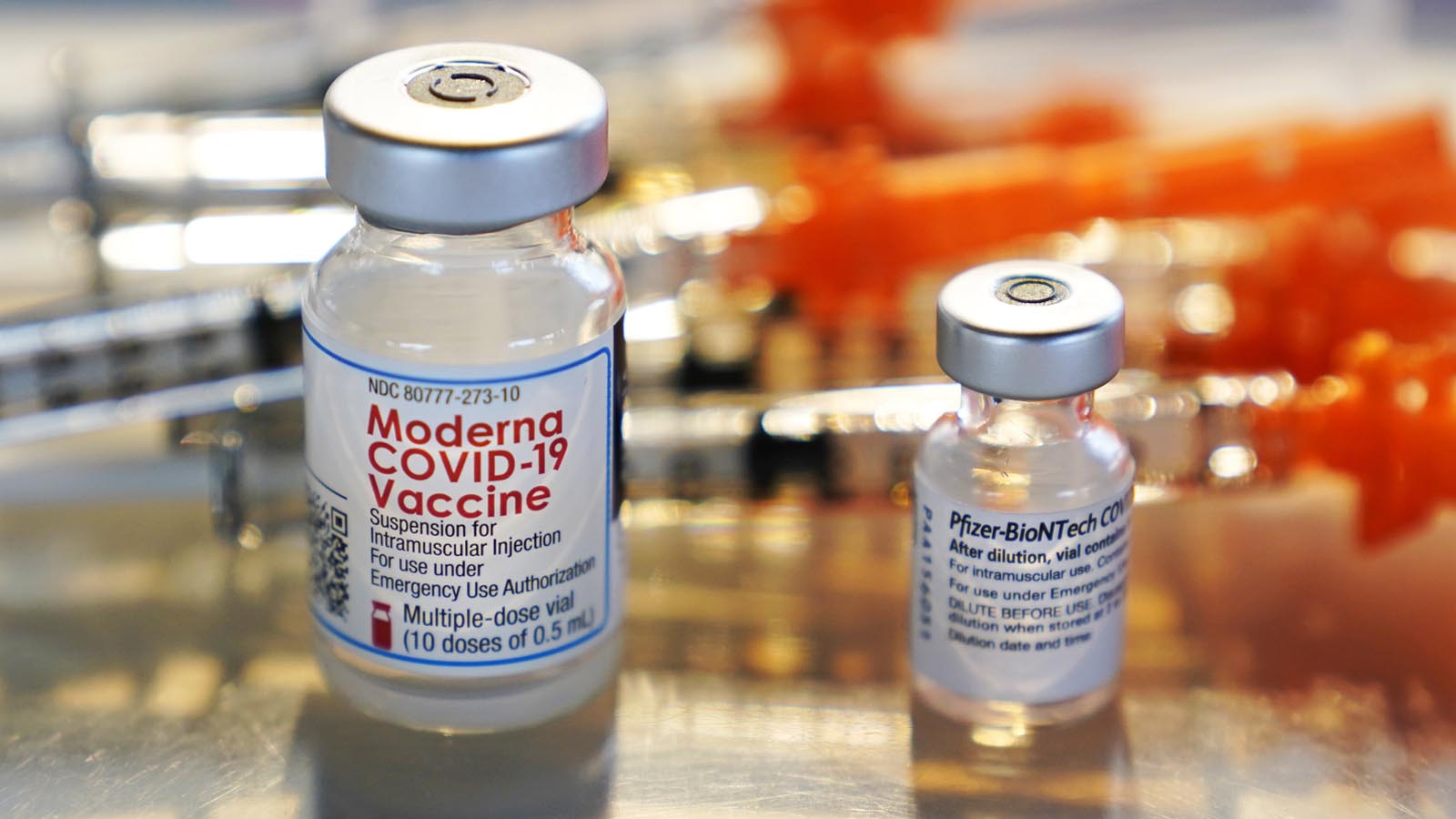 A new peer-reviewed study is raising concerns that a third dose of Pfizer and Moderna vaccines may actually worsen immune response against COVID-19, creating waves in both mainstream and heterodox COVID circles.

The “shift” to this IgG subclass was “not seen with adenovirus vector vaccines” in the study, Scripps Research Translational Institute Director Eric Topol, who was not involved in the research, tweeted while cautioning that “clinical significance is not known.”

“Pfizer and Moderna better get this clarified,” California gastroenterologist Farid Jalali, who once pressured the FDA to fast-track COVID vaccines for infants, wrote in response to Topol before marking his account private.

The research is just the latest to prompt scrutiny of federal vaccine recommendations and ongoing professional and educational mandates, particularly for college students, a demographic with low COVID risks but elevated risks of post-jab heart inflammation.

The CDC still recommends everyone 6 months and older receive a full series and booster of the original Wuhan strain vaccine, topped off with the new bivalent Wuhan-Omicron booster, regardless of COVID risk level or likelihood of adverse reactions.

The agency’s own research has found superior protection against reinfection from natural immunity when compared to mRNA vaccines as well as low bivalent effectiveness against symptomatic infection, to the point where two doses protect better than three.

This month marks two years since the first #COVID19 vaccine was administered in the U.S. Although too many lives have been lost to COVID-19, vaccination has helped save millions of lives.

Get an updated booster if you have not yet received one. https://t.co/009bOerScg. pic.twitter.com/nmrOs8zMEu

IgG4 antibodies, known for their noninflammatory properties, constituted just 0.04% of all IgG subclasses shortly after the second mRNA dose, the German study says. The fourth subclass started ramping up several months after the full series and reached a high of 19.27% “late after the third vaccination.”

“Importantly, this class switch was associated with a reduced capacity of the spike-specific antibodies to mediate antibody-dependent cellular phagocytosis [ingesting and eliminating pathogens] and complement deposition,” the study’s introduction says.

Serum samples taken after the booster and “normalized to the amount of anti-spike antibodies yielded significant[ly] lower phagocytic scores than sera from the same donors after two immunizations,” the study found.

The increased IgG4 “might result in longer viral persistence in case of infection,” according to the researchers, most of whom are associated with the University of Erlangen-Nuremberg. The findings “may have consequences for the choice and timing” of mRNA vaccine regimens, including subsequent boosters.

Co-author Kilian Schober wrote in a tweet thread that the 1-in-5 proportion of IgG4 after boosting jumped to 40-80% of antibodies after subsequent breakthrough infections, which is “very unusual.”

While the researchers “saw improved antibody avidity [accumulated binding] and cross-neutralization after 3rd vs. 2nd vaccination,” he said, the “fragment crystallizable” antibody functions on cell receptors “are indeed deteriorated (!).”

But Schober also cautioned against the view “among some anti-vax circles,” prompted by the paper’s preprint release this summer, that mRNA vaccines are inducing “tolerance” to infection rather than fighting it.

9. (This could go a long way to explaining why infection rate appears to *increase* with every vaccination: the changed immune response promotes “tolerance” of the virus.)

The study didn’t answer whether “the class switch [is] irrelevant in terms of consequences on subsequent infections,” he said. It is “conceivable” that the noninflammatory IgG4 response prevents “immunological over-activation while virus is still being neutralized [blocked from entering] via high-avidity antibody variable regions.”

The IgG4 subclass is associated with increased COVID-related mortality, according to a letter by Italian researchers published in Elvesier’s European Journal of Internal Medicine a year ago.

“Because anti-spike IgG4 have shown poor in vitro neutralizing capacity compared to IgG1, IgG2, and IgG3 antibodies, a first possibility is that hosts with prominent IgG4 immune responses might be more permissive to SARS-CoV-2 infection,” according to those San Raffaele Scientific Institute researchers.

The German paper cites their Italian colleagues as well as an early-pandemic Brazilian study that found “early onset and high levels” of IgG4 antibodies correlated with a “more severe” COVID progression from infection, “which might indicate a less effective antibody response.” But it is “also possible that a more severe infection leads to an IgG4 response and not vice versa.”

We observed an unexpected rise in IgG4 antibodies after repeated SARS-CoV-2 mRNA vaccination. This work is now published @SciImmunology. https://t.co/OjN6GbD1tk The 🧵👇 will point to my tweetorial of the original preprint as well as new data in the peer-reviewed version. 1/11

Just the News asked the FDA and CDC for their evaluation of the study and how it might affect their promotion of “up to date” vaccination and future booster authorizations.

“The FDA routinely reviews scientific findings published in peer-reviewed resources and evaluates them to inform our understanding of the available body of scientific evidence to assist the agency in promoting and protecting public health” but generally doesn’t comment on specific studies,” an agency spokesperson wrote in an email.

“Based on data available, the updated, bivalent vaccines are expected to provide increased protection against COVID-19, including the most serious consequences of hospitalization and death,” and data suggest “waning immunity in some populations” who stopped shy of a booster, the spokesperson said.

That’s why the agency “encourage[s] all those eligible to consider” getting each new jab and taking the primary series if they haven’t already. The spokesperson cited “evidence” that the bivalents, while designed to target the Omicron BA.4/5 sublineages, “may provide protection” against the more recent BQ.1.1 because it “shares a lineage with BA.5.”

The spokesperson pointed to two CDC studies in December published to its in-house journal, which is not peer-reviewed, on bivalent effectiveness against symptomatic infection and hospitalization of “immunocompetent adults” 65 and older.

The CDC, Pfizer and Moderna didn’t respond to queries.

Philippines doctor Michael David Sy, who wrote a book critical of the country’s COVID response, said the German research had prompted him to “recommend against mRNA boosters unless more studies debunk this one or more comprehensive studies surface.”

The IgG4 switch is “great if it’s a benign or inert substance, like pollen, but NOT with virulent entities like COVID-19,” Sy wrote. “Successive mRNA boosts no longer seem to be a salient answer in our fight against COVID-19.”

Unlike IgG1-3, the fourth subclass “does little to help other immune system cells attack viral or bacterial invaders directly,” Berenson wrote in a review of prior IgG4 research. Beekeepers, for example, have high IgG4 concentrations from repeat exposure to bee venom.

While the fourth subclass can still neutralize the virus and IgG antibodies aren’t the only defense, he said, the German research “offers more evidence that mRNA booster campaigns need to be immediately restricted.” Scientists also must study the post-vaccination sickness level of those with high IgG4 levels compared to those with low levels, Berenson said.