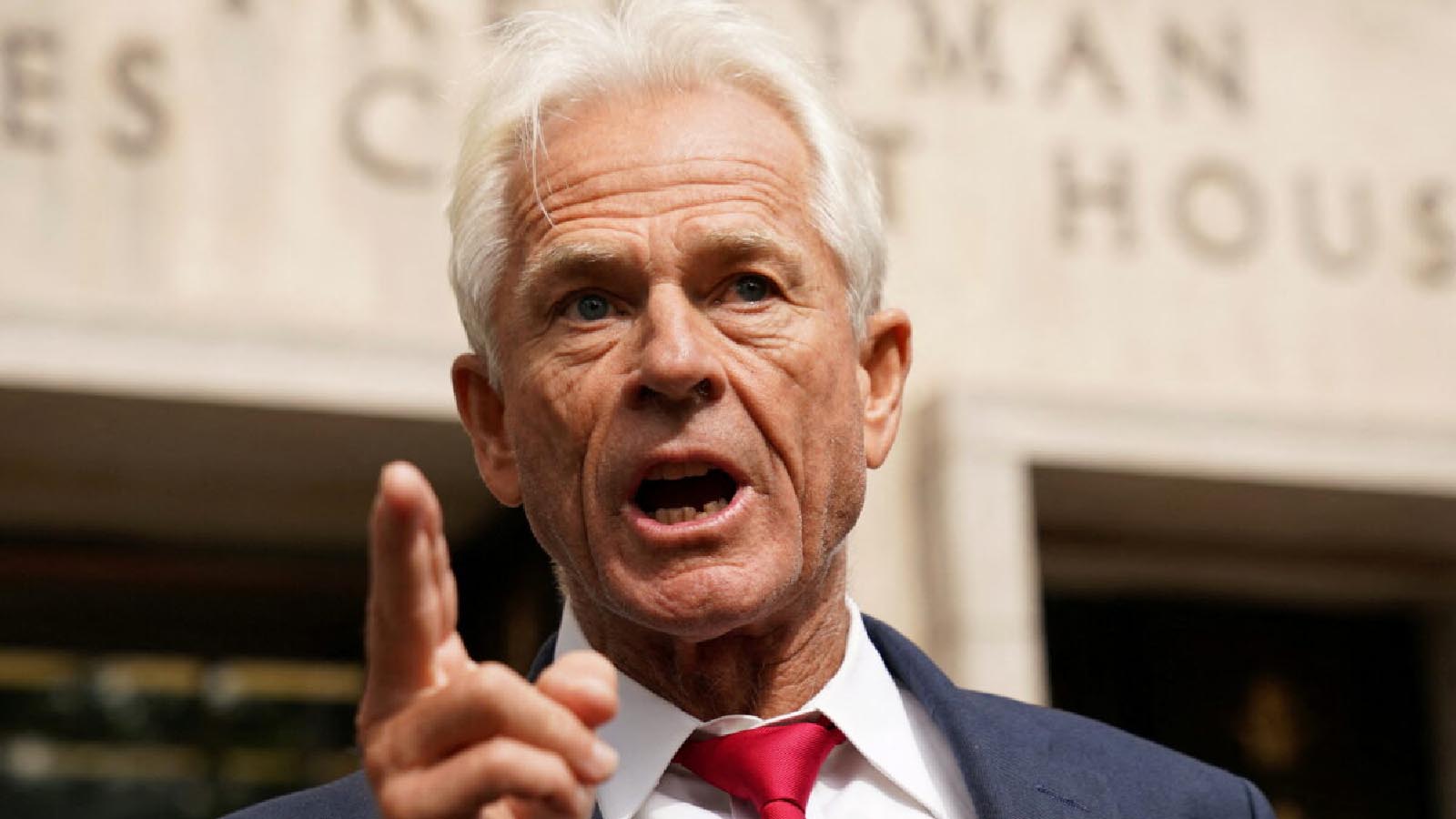 Former White House aide Peter Navarro said that federal agents “put me in leg irons” after he was charged with contempt of Congress for refusing to comply with a House panel investigating the Jan. 6 Capitol breach.

While speaking outside a federal courthouse in Washington on Friday, Navarro asked: “Who are these people? This is not America … I was a distinguished public servant for four years.”

Navarro told reporters that he wasn’t informed that he needed to turn himself in, and was instead arrested by an FBI agent while trying to get on a flight in Nashville.

“They put me in leg irons, they stuck me in a cell, by the way. Just a historical note—I was in John Hinckley’s cell,” Navarro said. “They seemed to think that that was like an important historical note. That’s punitive. What they did to me today violated the Constitution.”

Hinckley, who was recently granted unsupervised release from prison, attempted to assassinate former President Ronald Regan in the early 1980s.

The 72-year-old added that he wouldn’t hire an attorney while alleging he was mistreated by the Department of Justice.

“On Wednesday, I reached out to the Justice Department. I offered them a possible way forward,” Navarro added to reporters. “They responded with effectively the same kind of thing as you see in Stalin’s Russia or the Chinese Communist Party.”

“I’m representing myself pro se because I do not want to be dragged down in the muck spending hundreds of thousands of dollars in my retirement savings on this kind of venture,” he added.

Earlier in the day, the Department of Justice announced the indictment against Navarro. The former adviser to President Donald Trump had sued the department several days before that in a bid to quash the House committee’s subpoena.

“Repeated abuses by partisans and political score-settlers like those on the Committee have institutionalized a partisan weaponization of Congress’ investigatory powers that now threatens the delicate balance and separation of powers between the legislative, judicial, and executive branches of our government,” Navarro wrote in a court filing.

Former White House adviser Steve Bannon was indicted in November by a federal grand jury on two counts of contempt of Congress after he refused to testify before the House panel. Bannon hadn’t worked in the Trump administration for years by the time of the Jan. 6 breach.

Republicans and Trump have criticized the Democrat-led House panel—which includes only Reps. Liz Cheney (R-Wyo.) and Adam Kinzinger (R-Ill.), who have both frequently attacked Trump in the media, from the Republican side—as being an apparatus to carry out a partisan witch hunt. In 2021, Trump accused the committee of trying to distract Americans from focusing on the Biden administration’s failures.

Navarro also accused the panel of being a “kangaroo court,” saying the subpoenas are “unlawful” and “unenforceable.” He added that the Jan. 6 “committee should never have been formed.”