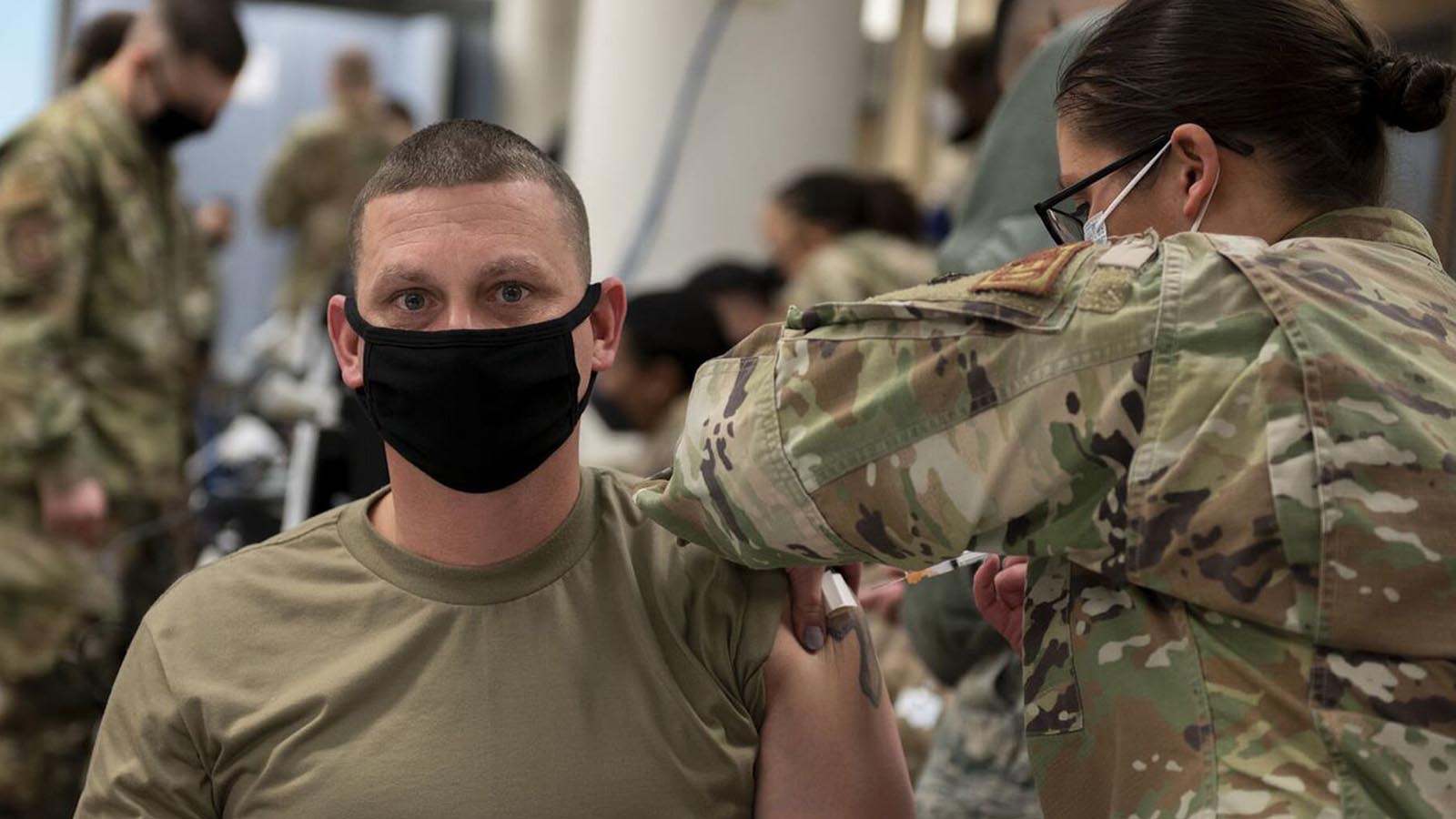 The Department of Defense indicated on Tuesday it is not going to consider backpay for troops discharged due to having refused to take a COVID-19 vaccine amid mandates that were recently lifted.

At a press briefing, Pentagon spokesman Brig. Gen. Patrick Ryder was asked by a reporter whether the Pentagon was still “actively exploring” providing backpay or reinstatement to the separated service members.

“In terms of back-pay, you’re talking specifically on COVID vaccination? What I would tell you is right now, we are not currently pursuing back-pay to service members who were dismissed for refusing to take the COVID vaccination,” Ryder responded.

He did not provide any comment on reinstatement. The Epoch Times had previously reached out to the Pentagon enquiring about chances of reinstatement for the discharged troops, but the Pentagon did not respond.

More than 8,000 service members have been discharged for refusing the vaccine.

Ryder’s remarks are an update that backtracks what had been communicated to media outlets by the Pentagon just days prior. Maj. Charlie Dietz, another Pentagon spokesman, had told The Epoch Times on Jan. 13 that the Pentagon “is still exploring [backpay] and will provide its views on legislation of this nature at the appropriate time and through the appropriate process.” At the time, he did not provide a timetable for when backpay might be considered.

Secretary of Defense Lloyd Austin on Jan. 10 formally rescinded the COVID-19 vaccine mandates that had been in place since August 2021 for the Armed Forces, and since November 2021 for the National Guard and the Ready Reserve.

The mandates came after the Pfizer vaccine was granted emergency use authorization by the Food and Drug Administration (FDA). Newly disclosed documents showed that the FDA deviated from the normal vaccine approval process when dealing with the Pfizer COVID-19 vaccine, The Epoch Times reported on Jan. 7.

Austin said in the Jan. 10 memo that COVID-19 vaccines have been given to over 2 million service members, and that 96 percent of the active and reserve forces are fully vaccinated against COVID-19.

He and other defense leaders argued that for decades troops, particularly those deployed overseas, had been required to get as many as 17 different vaccines, including shots for anthrax. No other vaccine mandates were affected by the new rules.

White House press secretary Karine Jean-Pierre told reporters in December 2022 that the Biden administration believes removing the mandate was a “mistake,” repeating claims from Austin that the shot makes “sure our troops are prepared and ready for service.” President Joe Biden ultimately signed the defense spending bill in late December 2022 when it passed Congress.

Until the passing of the NDAA FY 2023, the military COVID-19 mandates had been kept in place—even amid plummeting efficacy of the vaccine against infection and severe illness since the spread of the Omicron variant in late 2021, and research suggesting that natural immunity could be more effective than vaccination.

The mandates saw resistance among troops and Americans at large, including lawmakers in Congress, who argued in favor of bodily autonomy free from coercion.

The military has notoriously issued mass rejections for religious requests for exemptions to the mandate, triggering multiple court challenges. Judges had blocked three of the four branches from discharging most members seeking religious exemptions over the treatment, which the judges said violated the Religious Freedom Restoration Act.

Service members who were discharged solely for refusing to take the vaccine received either an honorable discharge or a general discharge under honorable conditions.

A general discharge is a step down from an honorable discharge and is generally given to troops who had satisfactory service but had minor misconduct. Those who received a general discharge may petition their military department’s discharge review boards for “correction of military or naval records” to request a correction to the characterization of their discharge, Austin said in the memo.