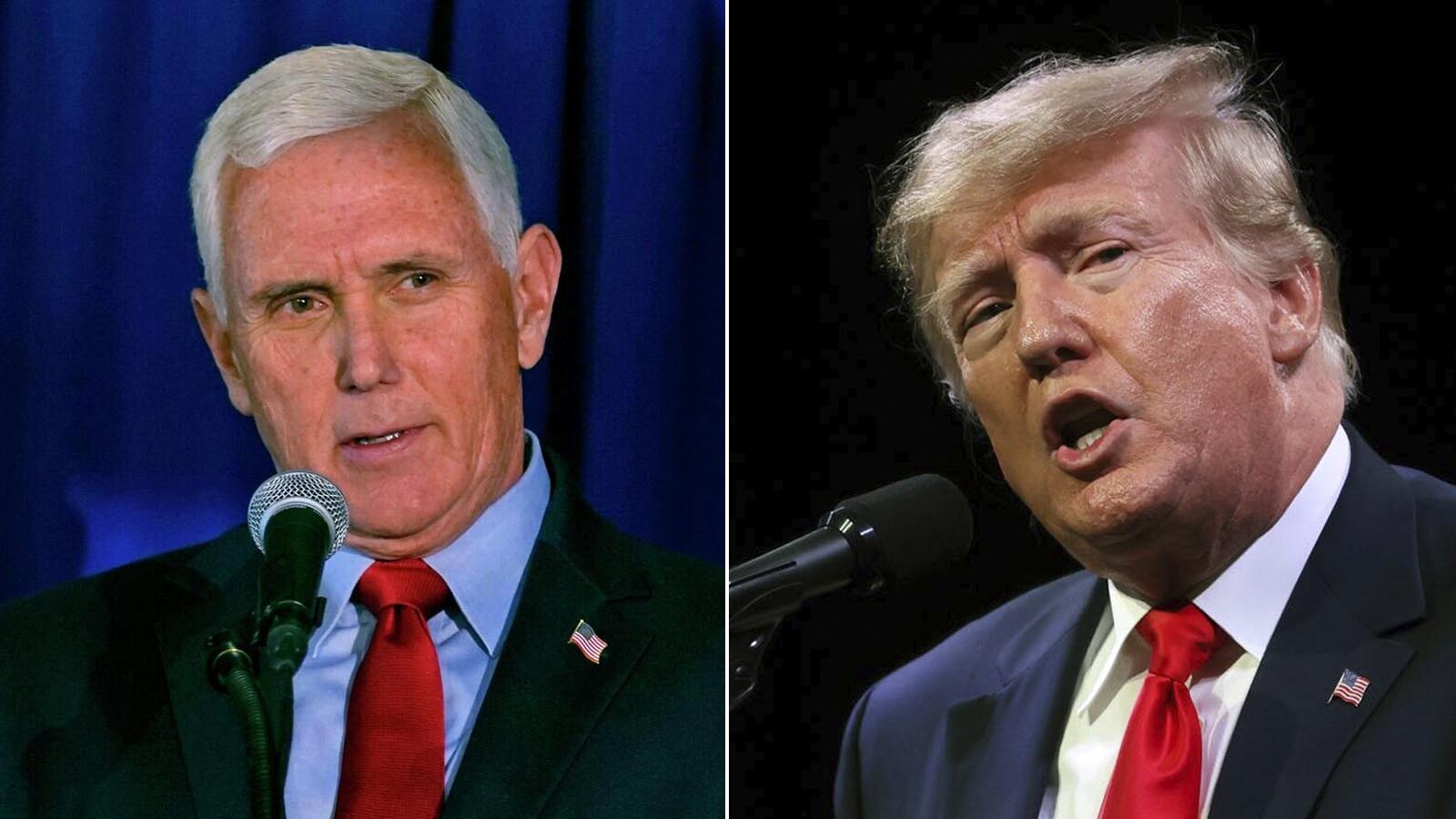 Taylor Robson, a member of the Arizona Board of Regents from 2017-21, is also endorsed by outgoing Republican Gov. Doug Ducey. She has consistently polled in second place behind Lake, a former news anchor who has never before held elected or appointed office.

“As Arizona Democrats pursue the reckless Biden-Harris agenda, Karrin Taylor Robson is the only candidate for Governor that will keep Arizona’s border secure and streets safe, empower parents and create great schools, and promote conservative values,” Pence said in a statement released by the Taylor Robson campaign. “Karrin is the best choice for Arizona’s future, and I am proud to support her.” 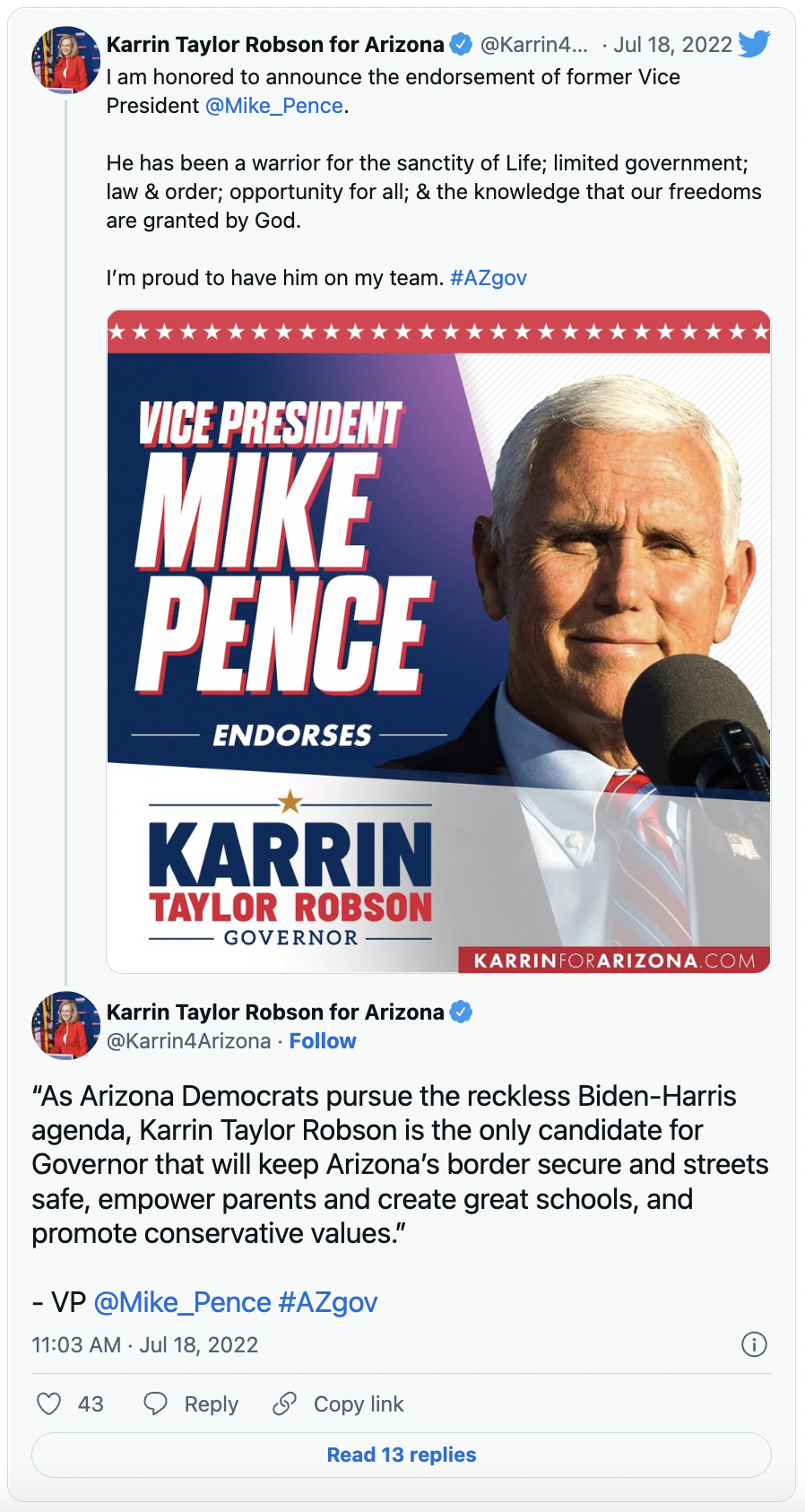 The Taylor Robson endorsement marks the second time that Pence made an endorsement against Trump in a gubernatorial race in the 2022 election cycle. Pence endorsed and campaigned with Georgia Gov. Brian Kemp shortly before the incumbent defeated Trump-backed David Perdue by more than 50 points.

Both of Trump’s endorsements turned on his claim that President Joe Biden stole the 2020 election from him. Both Kemp and Ducey rejected the former president’s calls to decertify their states’ election results, leading Trump to endorse a challenger in Kemp’s case, and a vocal opponent in Ducey’s case. Lake has claimed that the 2020 election was “stolen,” and that Ducey is a RINO who “shouldn’t have certified the 2020 election” due to “corruption.” In her own statements, Taylor Robson has highlighted election law changes and claimed that tech companies and media outlets “suppressed” criticism of Biden.

Although Lake is running as an “America First” Republican, local media outlets have highlighted her 2006-12 Democratic voter registration. A staunch critic of drag queen story hours, Lake has threatened to sue a Phoenix-based drag queen who claimed to have performed in her home on several occasions.