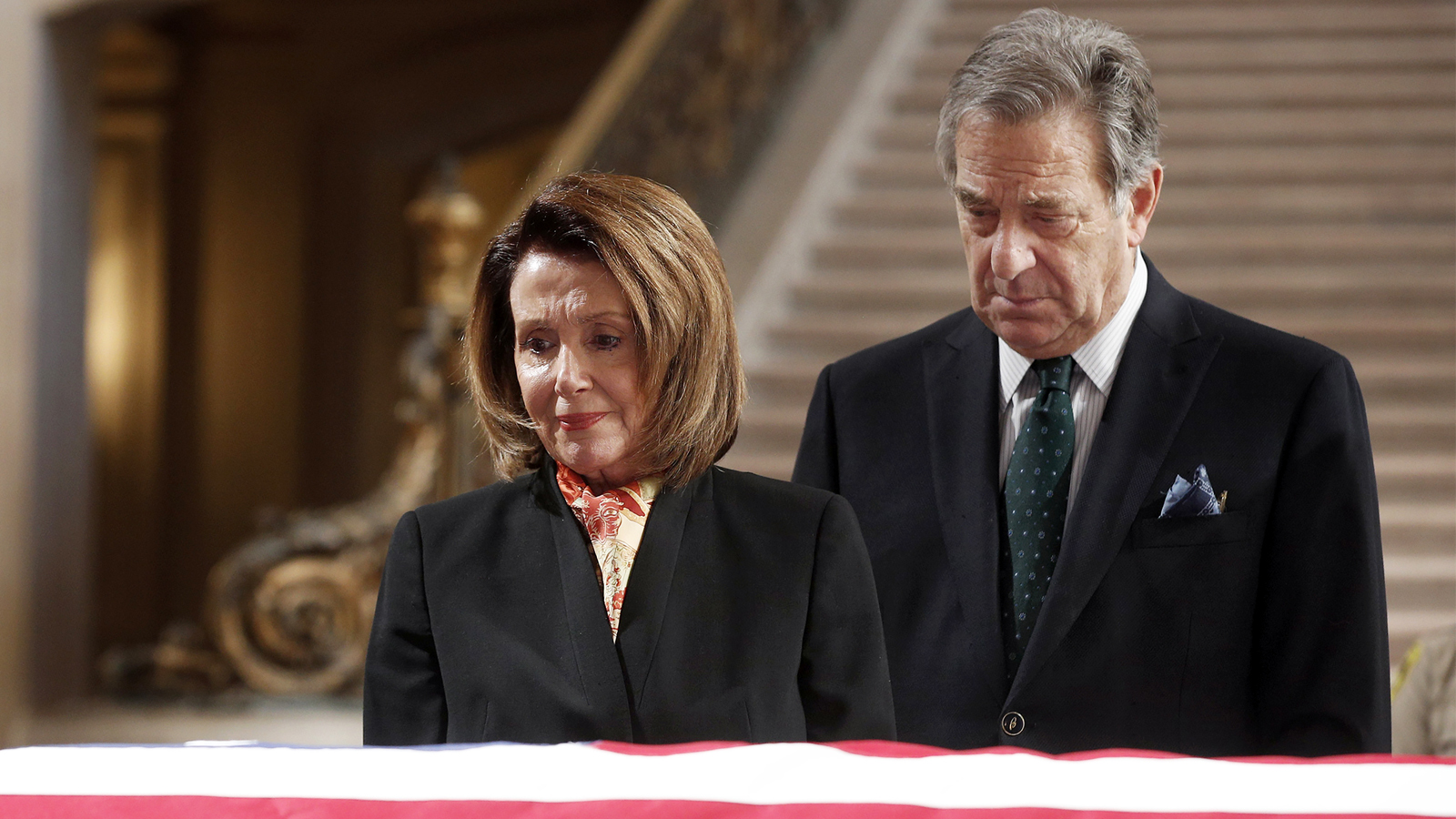 House Speaker Nancy Pelosi (D-Calif.) in her first statement since her husband was attacked said that the attacker was looking for her.

“Yesterday morning, a violent man broke into our family home, demanded to confront me and brutally attacked my husband Paul,” Nancy Pelosi said in an Oct. 29 note to colleagues that was also posted on her website.

San Francisco Police Department officials have identified the suspect as David DePape, 42, with DePape allegedly striking Paul Pelosi, 82, with a hammer inside the Pelosi residence in California in the early hours of Friday.

Police officials say Paul Pelosi himself called 911, prompting a wellbeing check. An unidentified person opened the door for officers, who observed Paul Pelosi and the suspect grappling over a hammer. Officers commanded both to release the hammer. DePape gained control and struck Paul Pelosi at least once, Scott said. Officers then tackled DePape and disarmed him.

Paul Pelosi described DePape as “a friend” in the 911 call, according to dispatch audio, and also said the man was “going to wait for” Nancy Pelosi.

The Epoch Times has filed a records request for the 911 call.

Nancy Pelosi, 82, was in Washington at the time of the attack.

San Francisco Police Chief William Scott suggested during a press conference that the attacker was looking for Nancy Pelosi.

“We also know, based on our investigation at this point, that this was not a random act. This was intentional. And it’s wrong. Our elected officials are here to do the business of their cities, their counties, their states, and their nation. Their families don’t sign up for this,” Scott told a briefing on Friday.

The San Francisco Police Department has not issued any updates on Saturday.

Paul Pelosi was rushed to a hospital and underwent surgery to address a fractured skull and injuries to his right arm and hands, according to Pelosi’s office.

“Our children, our grandchildren and I are heartbroken and traumatized by the life-threatening attack on our Pop. We are grateful for the quick response of law enforcement and emergency services, and for the life-saving medical care he is receiving,” Nancy Pelosi said.

“Please know that the outpouring of prayers and warm wishes from so many in the Congress is a comfort to our family and is helping Paul make progress with his recovery. His condition continues to improve,” she added.

The U.S. Capitol Police, which protects Nancy Pelosi, the FBI, and prosecutors are assisting local police with the investigation.

DePape was also taken to a hospital and was still being treated on Friday.

DePape will be booked on Monday on charges including attempted homicide, elder abuse, and first-degree burglary, according to police and Interim San Francisco District Attorney Brooke Jenkins.

“DePape will be held accountable for his heinous crimes,” Jenkins said.