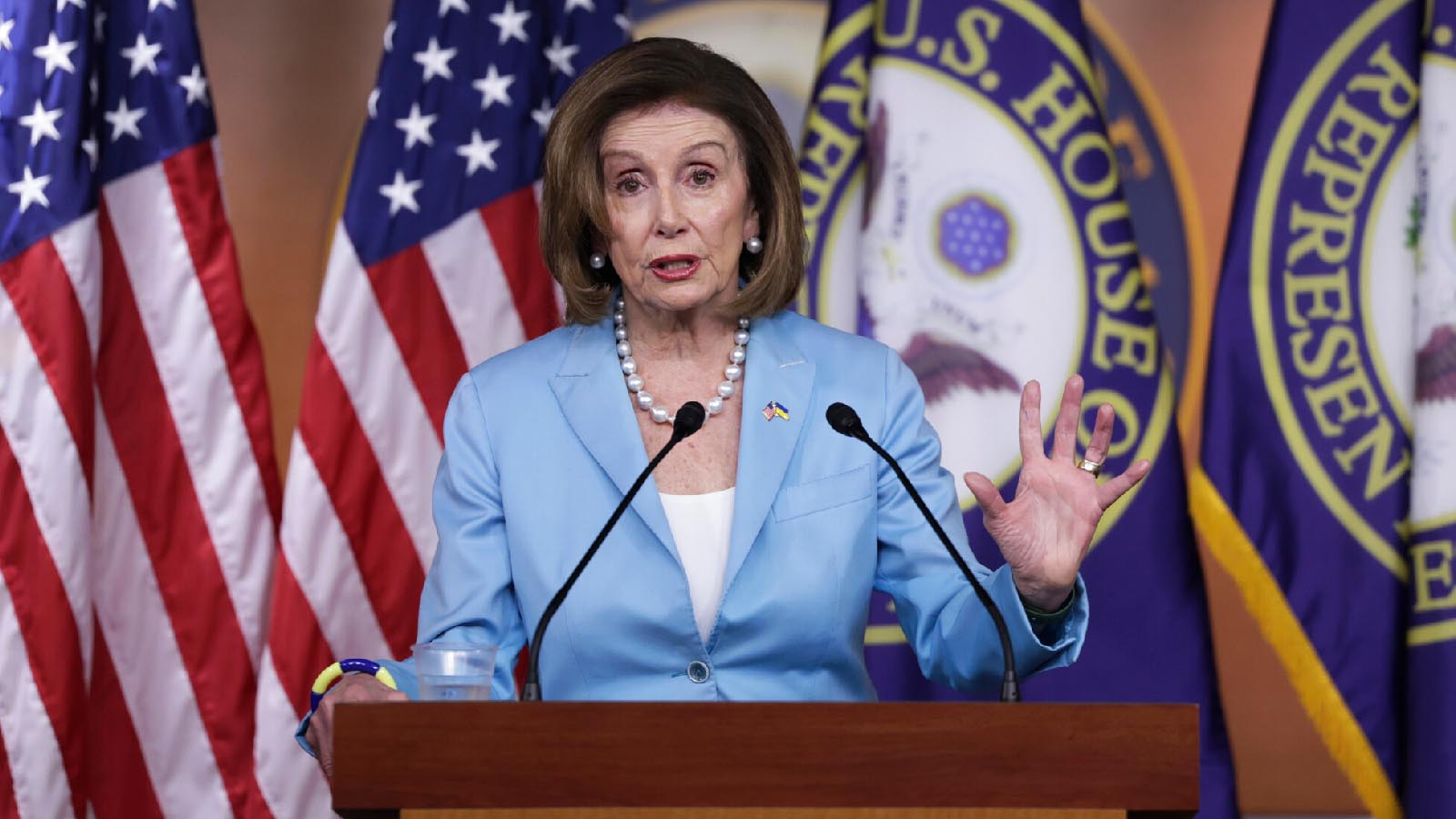 Democrat leaders in the House of Representatives on June 9 blocked a bill to increase security for Supreme Court justices, asserting that more time is needed to alter the legislation and that nobody is in danger.

House Minority Leader Kevin McCarthy (R-Calif.) asked on the House floor for unanimous consent to take the bill from House Speaker Nancy Pelosi’s (D-Calif.) desk, but Pelosi did not agree, so members could not vote on the legislation.

Justices “are protected” and work is being done on proposed alterations to the legislation, Pelosi told reporters at her weekly press conference a short time later, explaining why the bill wasn’t allowed to pass in its current form.

Attorney General Merrick Garland in May ordered around-the-clock protection at the homes of all nine Supreme Court justices, and several U.S. deputy Marshals spotted Rosko when he was dropped off by a taxi outside Kavanaugh’s home, according to court documents.

The Senate-passed bill would increase security for justices and their family members, but some Democrats want to expand the protection to staffers such as clerks.

“We’re working together on a bill which the Senate can approve of,” Pelosi said.

After a reporter brought up the attempt on Kavanaugh’s life, Pelosi added: “He’s protected. The justices are protected. It’s not about the justices, it’s about the staff and the rest. I don’t know what you’re talking about because evidently you haven’t seen what the language is—there will be a bill, but nobody is in danger.”

She said a vote on the legislation is expected next week.

A short time later, McCarthy told reporters in a separate briefing, “I don’t know how she can say that, knowing that you just captured a person who wanted to kill Kavanaugh and his family.”

House Majority Leader Steny Hoyer (D-Md.) has been tapped to lead negotiations on the legislation for Democrats in the lower chamber.

On the House floor, Minority Whip Steve Scalise (R-La.) asked Hoyer why Democrats didn’t immediately allow a vote on the bill after the chamber received it from the Senate.

“I think it’s a very relevant question,” Hoyer said in response. “Hopefully we can move that as early as possible.”

He said the delay stemmed from negotiations. He has been speaking with Sen. John Cornyn (R-Texas) and thought they reached an agreement, but “this morning that appeared not to be the case,” Hoyer said. “So we’re trying to pursue that because we believe that it’s a critical piece of legislation. ”

Hoyer noted that Roske was stopped by the “present arrangement” of security “but nevertheless we share the gentleman’s concerns for our supreme court justices and, frankly, their families.”

In the Senate, members of both parties have pushed for quick consideration of the bill.

If House leaders want to expand the bill, “for goodness sakes, do it,” Durbin said. “Do it on a timely basis. Let’s get into conversation to get this passed once and for all. We need to do this.”

“The House has delayed action. I hope they’ll act soon,” Sen. Chuck Grassley (R-Iowa), the top Republican on the panel, said, before urging the Department of Justice to reconsider its decision not to charge protesters with violating a law that forbids gathering outside the homes of judges with the intent of influencing their votes.

Sen. Chris Coons (D-Del.) said he spoke with Hoyer late Wednesday and earlier Thursday, and believes the House could approve the bill soon.

Amending the legislation to include Supreme Court staffers is “perfectly reasonable” but “at the end of the day, what matters is that we act to protect our judiciary,” Coons said. “It’s my hope that if something comes back here from the House, that we’ll take it up and pass it quickly.”