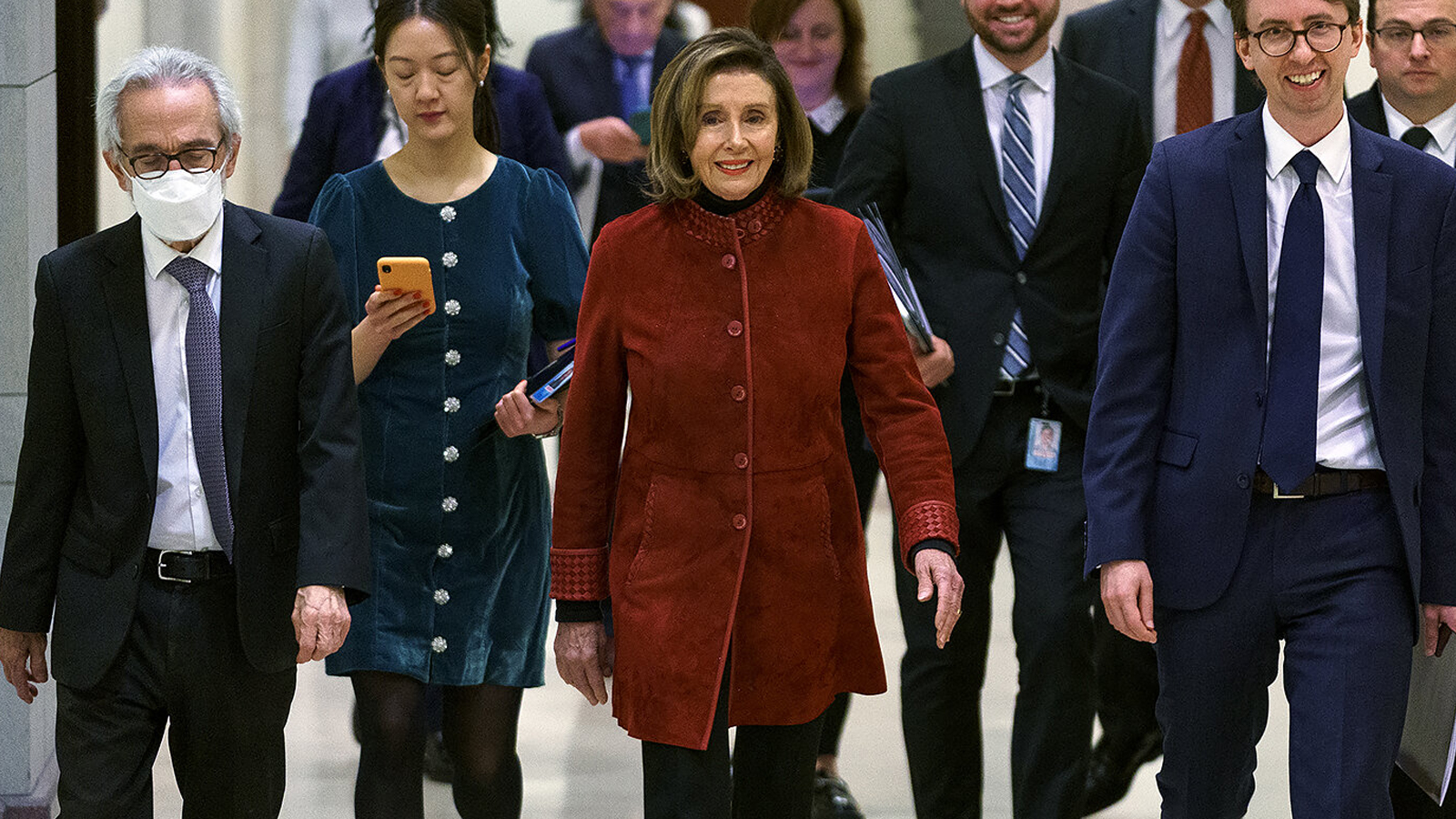 House Speaker Nancy Pelosi (D-Calif.) has boosted the maximum rate that lawmakers can pay House staff, with the move being one of her final acts before having to hand over the speaker’s gavel next week as Republicans take control of the lower chamber of Congress.

“It is my privilege as Speaker to announce that the House will raise the maximum annual rate of pay for staff to $212,100,” Pelosi said in a Dear Colleague letter Friday.

This is the third time Pelosi has raised the maximum House staff salary since last year, when the cap was lifted after a 13-year freeze.

She said that the move would help Congress attract and retain quality employees.

“As you know, our hard-working, patriotic Congressional staffers are integral to the functioning of the House of Representatives: ensuring this institution can effectively carry out our legislative and constituent responsibilities,” Pelosi said in the letter.

“To that end, we must do all we can to retain and recruit the best talent in our nation—and to build a Congressional workforce that reflects the communities we are honored to serve,” she added.

The new salary cap means House staff could make more than their bosses, Congressional lawmakers who are paid $174,000 per year.

It comes as the U.S. labor market remains tight and salary expectations among American workers recently hit a record high, posing a challenge to employee retention.

A recent survey from the Federal Reserve Bank of New York showed that expectations regarding salaries among U.S. workers rose in November to the highest level since records began in 2014.

“The average reservation wage—the lowest wage respondents would be willing to accept for a new job—increased from $72,873 in July to $73,667 in November, the highest reading of the series,” the latest New York Fed Survey of Consumer Expectations stated.

At the same time, the proportion of people who searched for jobs in the previous four weeks fell from 24.7 percent in July to 18.8 percent in November, with the Fed report saying that people were found to be more satisfied with their wage compensation, non-wage benefits, and promotion opportunities.

Another sign of persistent labor market tightness came in the form of initial unemployment filings, which at 225,000 for the week ended Dec. 24 remained near historical lows.

Unemployment benefit applications are a proxy for layoffs and are being closely tracked by the Fed as the central bank has raised rates rapidly in a bid to slow job growth and lower inflation. If the Fed’s policy moves push the country into a recession, as many economists fear, a jump in jobless claims would be one of the signs.

Meanwhile, as the job market remains relatively tight, there are indications that employers are responding by boosting wages.

A recent report by workplace consultant Willis Towers Watson (WTW) says that U.S. employees are expected to see the biggest salary hike in 16 years in 2023.

As pay budgets rise at companies, they’re expected to boost staff wages by 4.6 percent next year, according to a WTW press release, issued in mid November.

Three in four respondents admitted to problems in hiring and retaining talent, which is triple the rate in 2020.

Seven in 10 firms took the decision to raise salary budgets after taking into account the tight labor market.

“As inflation continues to rise and the threat of an economic downturn looms, companies are using a range of measures to support their staff during this time,” said Hatti Johansson, research director, Reward Data Intelligence, WTW.

While salary expectations have grown higher, Americans are also receiving more money in welfare benefits, which some blame for adding to the labor crunch.

‘Paying Americans Not to Work’

A recent report from the Committee to Unleash Prosperity titled “Paying Americans Not to Work” (pdf) states that welfare benefits are a key reason why America is facing a dearth of workers.

“In 14 states, a family of four with two unemployed workers can receive unemployment insurance benefits and ACA [Affordable Care Act] subsidies equivalent to a job that pays $80,000 a year in wages and health benefits—or more,” the report states.

“In another 10 states, a family can receive the equivalent of a $70,000-a-year job. For these families, work may literally not pay.”

Labor markets are expected to remain tight in the near future due to shifting demographics—even if a recession takes some of the wind out of job demand—according to a report by Glassdoor and Indeed.

“The principal reason for this can be summed up in one word: demographics. Over the next decade, the number of people of working age (between 15 and 65) will decline in a variety of countries, according to World Bank projections,” the report stated.

In the United States, the population of this demographic is projected to decline by 3.2 percent between 2026 and 2036.

Meanwhile, inflation is eroding the value of wages, thus creating a situation where employees are looking for more pay.

A report published by the Federal Reserve Bank of Dallas this month reveals that the median decline in real wages (inflation-adjusted wages) was over 8.5 percent for most of the American workforce in the past 12 months.

The erosion in wages was the “most severe” faced by employees in the past 25 years, it said.