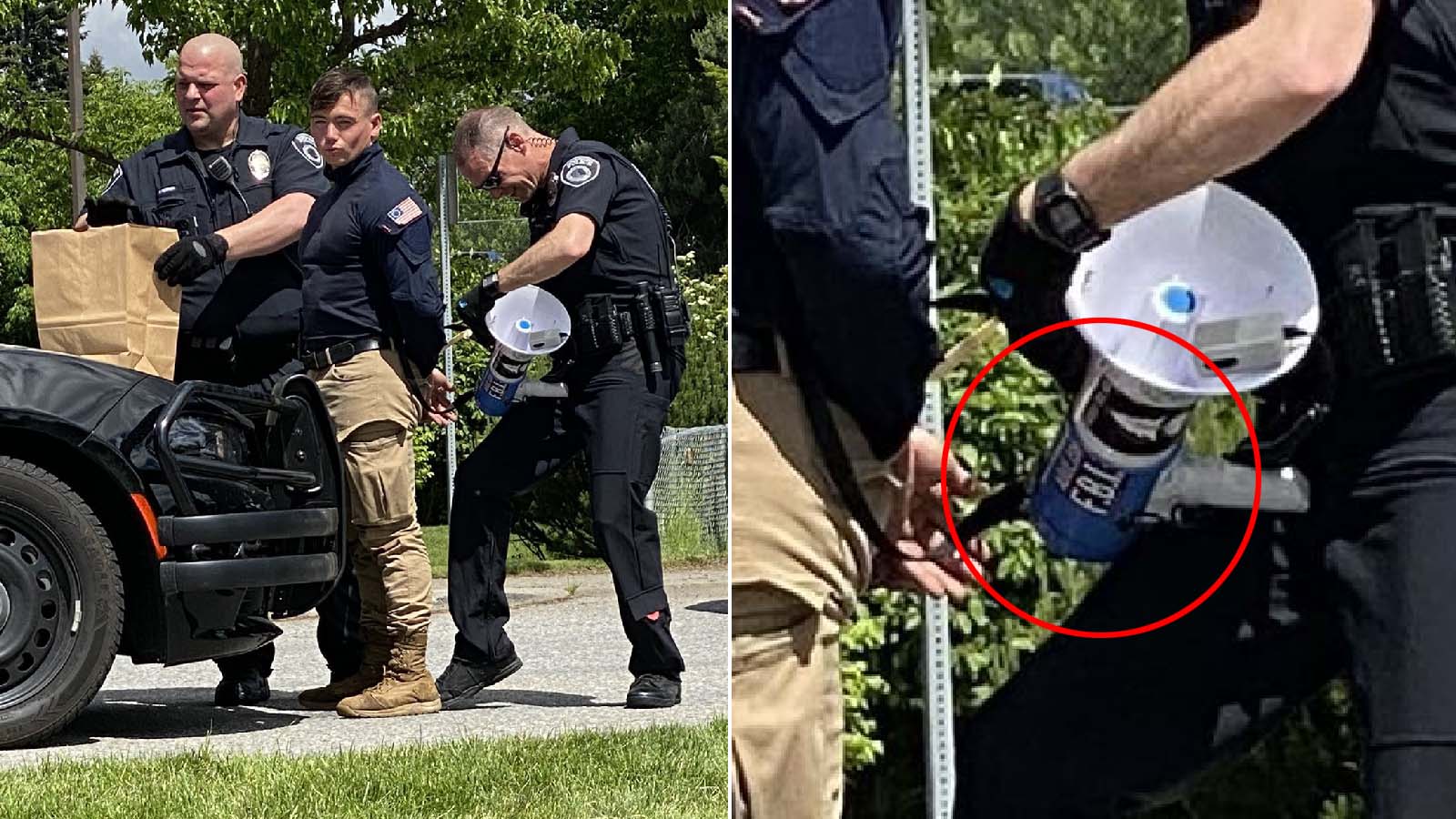 On Saturday 31 members of the Patriot Front group, an alleged white supremacist group, were arrested in Idaho on the way to a protest.

They were traveling to a gay pride event with shields in the back of a Uhaul.

Following the arrests today a local police officer admitted that they knew about the planned protests because the Patriot Front was infiltrated by law enforcement.

Here is video of their arrest – Count the feds.

It appears that one of them men arrested was carrying a megaphone marked “FBI.”

Here’s another view of the Patriot Front member and his FBI megaphone.

This was during his arrest in Idaho.

We were able to find these photos and sure enough — They’re real and not doctored.

Alissa Azar originally took the photo of the Patriot Front member with the FBI megaphone.

one by one still… there is now a wall of riot cops between them and us pic.twitter.com/nhHfgrAWqG

We do not know why this Patriot Front member was carrying this megaphone. We look forward to the FBI’s response.

Let’s hope the megaphone is returned to the feds when he’s done. The FBI may need it for their next rally.