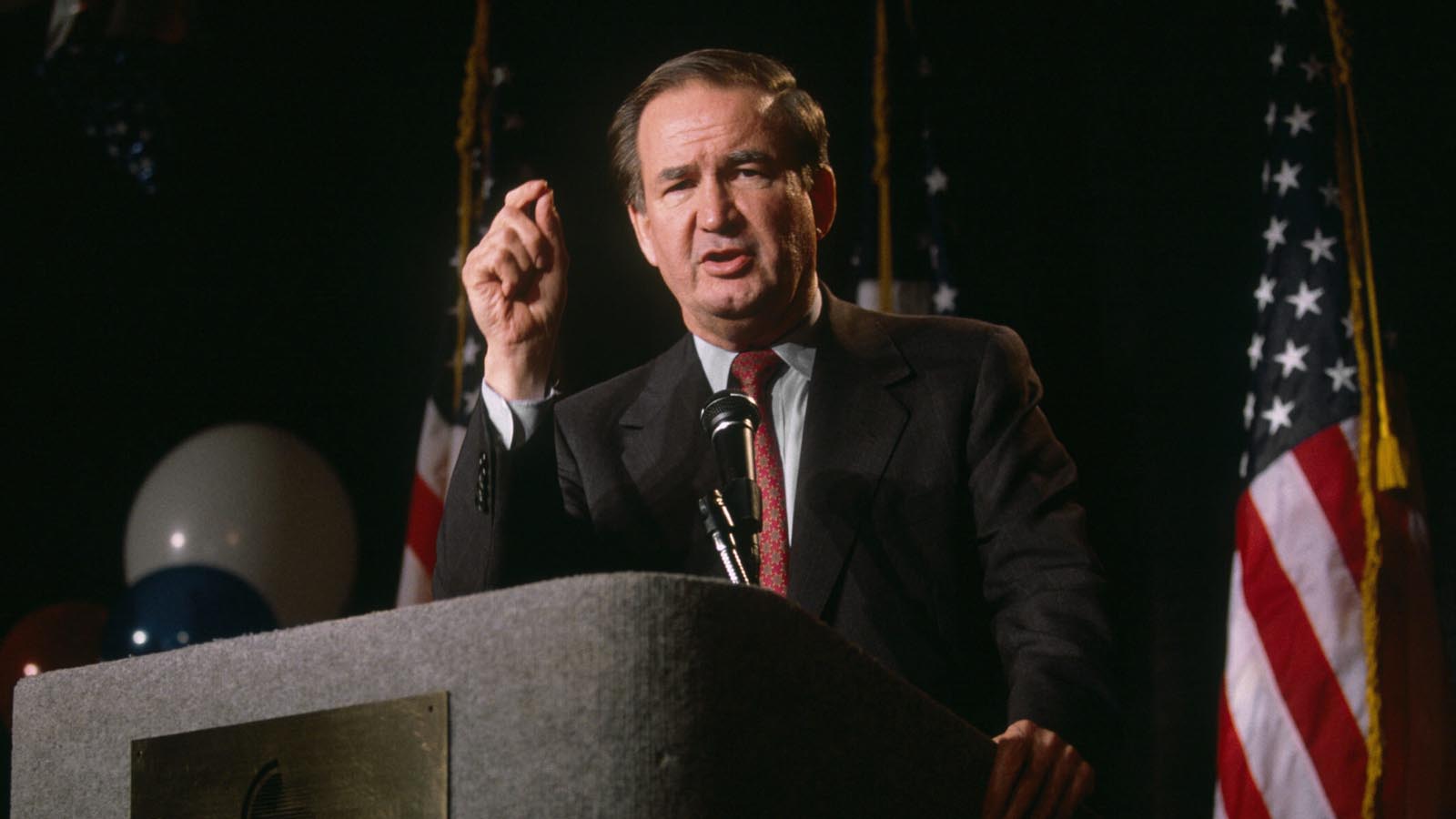 For the past several years the conservative icon offered “informed and critical insight on current events in his weekly political column,” but at age 84, he is passing the torch to the next generation. 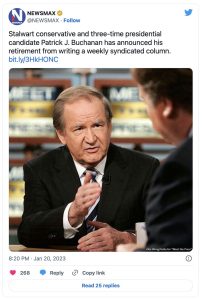 Buchanan began his storied career in the 1960s as an assistant to former President Richard M. Nixon. He continued on as an advisor to Nixon until the president’s resignation in 1974, at which point he worked briefly with former President Gerald Ford. Buchanan returned to the White House in the 1980s, serving as a communicators director during Ronald Reagan’s second term, Newsmax reported.

In 1982, Buchanan became a household name as a regular panelist on NBC’s “The McLaughlin Group” and CNN’s “Crossfire,” building his political reputation through media rather than public service, according to The New York Times.

In the 1990s, this resulted in him running for the GOP nomination in 1992 and 1996, before running a third time as a candidate for the Reform Party in 2000, Newsmax stated. Buchanan reportedly always believed “the greatest vacuum in American politics [was] to the right of Ronald Reagan,” and he hoped to take advantage of this to usher in a new era of Republican politics, according to The New York Times. Buchanan has been credited with coining the familiar phrase “silent majority,” Newsmax stated.

In addition to his lengthy career as a political advisor, politician and media host, Buchanan authored ten books, including four New York Times best sellers. He also served as a political analyst for MSNBC and helped found “The American Conservative” in 2003.