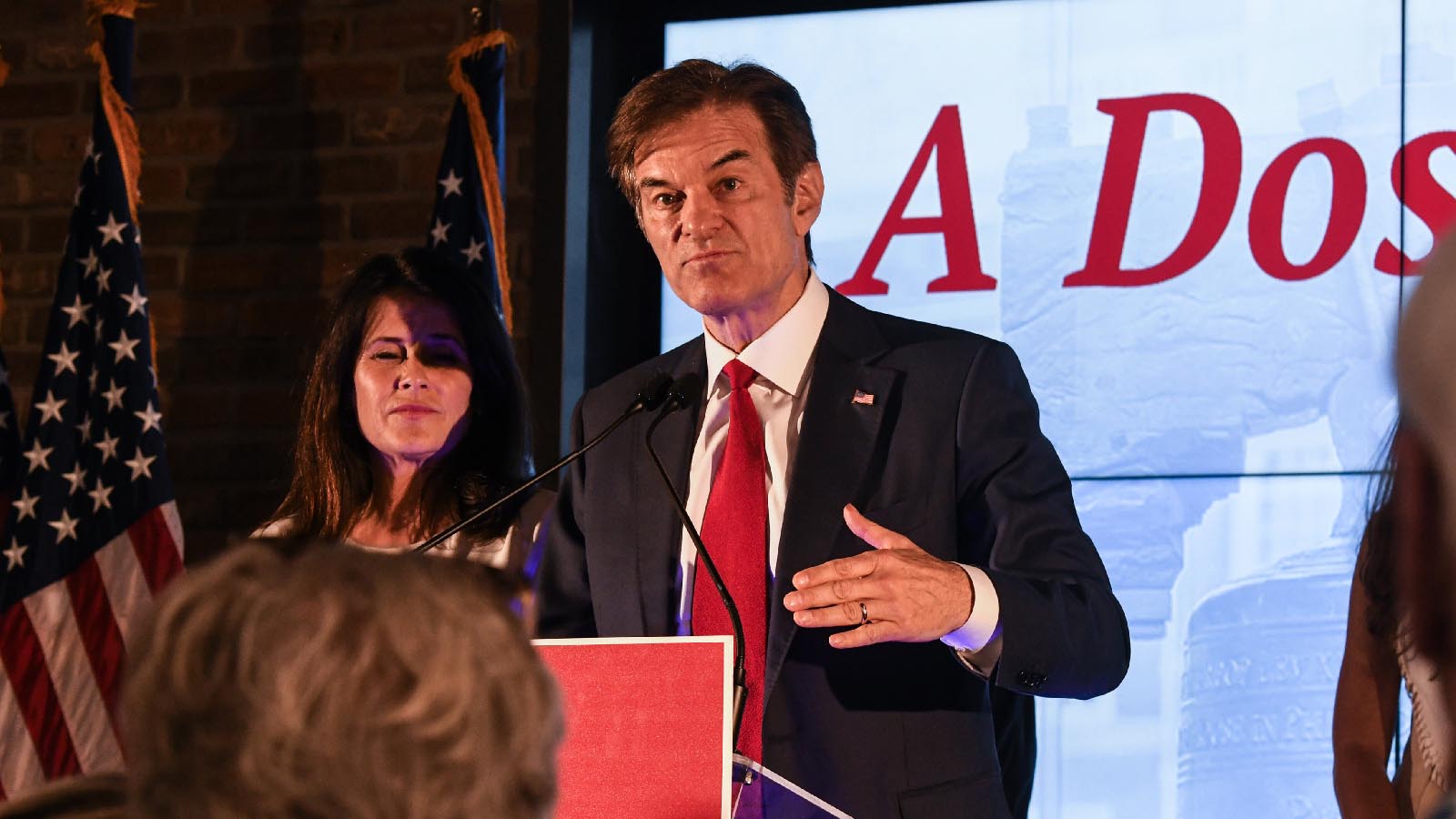 Literally and figuratively, every vote counts in the Pennsylvania Republican U.S. Senate race between Dr. Mehmet Oz and former hedge fund CEO David McCormick, which remains too close to call two days after the May 17 primary.

As of 3 p.m. local time on May 19, Oz, the heart surgeon-turned-TV celebrity who was endorsed by former President Donald Trump leads with 417,250 votes (31.16 percent), compared to 415,971 (31.07 percent) for McCormick. They’re competing to be the party’s nominee in the race to succeed retiring GOP Sen. Pat Toomey.

It’s unclear how many ballots remain to be counted. Late on May 18, the McCormick campaign estimated that around 20,000 ballots were outstanding; other projections say it could be as few as 12,000, according to PennLive.com.

Election officials are continuing to count ballots in parts of Allegheny County, where Pittsburgh is the county seat; Philadelphia County, and Delaware County.

In Allegheny County, 30 precincts didn’t return memory sticks from the voting machines. Each precinct gets two memory sticks. One is expected to be returned to the regional reporting center when the polls close. Another is to remain secured inside the polling location scanners.

According to county officials, the 30 precincts unintentionally locked both memory sticks in the scanners, which prevented them from uploading results on Election Day night.

It typically takes around six days for every voting machine scanner to be returned to the county. Election officials can retrieve the memory sticks that weren’t turned in on May 18 when the voting scanners are brought back, Downs added.

A portion of the remaining absentee ballots is based in Lancaster County, where a coding error delayed counting. The problem wasn’t detected until the initial mail-in ballots were opened and failed to scan on the morning of May 17.

“I want them to know that we’re doing it as fast as we can, but the fastness is not our first priority. Accuracy and making sure that every single ballot counts,” Christa Miller, the chief clerk of the Board of Elections in Lancaster County, told voters in a statement.

“We will get them counted. Unfortunately, we’ve done this before, but it worked, and we know how to do this. We’re good at it.”

According to a senior McCormick campaign official, Election Day vote totals still are yet to be finalized in 65 precincts—including 31 in Allegheny County, 30 in Philadelphia, and four in Delaware County.

The McCormick campaign spent “just under $1 million” to focus on absentee voters.

“We believe there are more than 15,000 absentees left to count,” the campaign official said.

His campaign believes the latter part of that resume will produce favorable results with the yet-to-be-tabulated military and overseas ballots.

“A significant portion is military and overseas—1,528 military and overseas so far have received, and that is a bipartisan number,” the campaign official added. “We think that the majority of those Republican voters will pick an 82nd Airborne paratrooper over the liberal Turkish army surgeon.”

“Between the absentee ballots that are left; what’s left outstanding of Election Day ballots in Allegheny County, Delaware County, and Philadelphia; and outstanding ballots from military and overseas voters, we feel confident that when every vote cast has been counted, David McCormick will be the Republican nominee for Senate in Pennsylvania,” the senior campaign official said.

On his social media site, Truth Social, Donald Trump criticized the mail-in ballots by posting, “Here we go again! In Pennsylvania, they are unable to count the mail-in ballots. It is a big mess. Our country should go to paper ballots, with same-day voting.”

Oz’s campaign has said little since the evening of May 17, though he told Fox host Sean Hannity on May 18 that he’s confident he will win.

Casey Contres, Oz’s campaign manager, had a similar belief about his candidate.

“While we look to get a better sense of the remaining votes today, we are optimistic Dr. Oz will win,” he wrote in a May 18 post on Twitter.

Trump encouraged Oz to “declare victory” and said “it makes it much harder for them to cheat with the ballots that they ‘just happened to find.’”

In mid-April, Trump endorsed Oz, claiming that he’s the only candidate who can defeat the Democratic primary winner in November.

“Our campaign had put a lot of energy and time into focusing on these absentee voters and focusing on our ground game. And so that has paid off, big dividends,” McCormick told Fox News’ Laura Ingraham on May 18.

“I have a lot of confidence I’m going to win this because there’s tens of thousands of outstanding absentee ballots, and I’ll win those disproportionately. And that‘ll put me over the top,” he added.

The Oz–McCormick winner will face Pennsylvania Lt. Gov. John Fetterman in the general election. Fetterman, who handily won the Democratic Senate primary, had a stroke on May 13 and was hospitalized during the final days of campaigning. On primary Election Day, he had surgery to implant a pacemaker with a defibrillator.

Fetterman’s campaign released a statement on May 17 that “he is resting at the hospital and recovering well. John continues to improve every day, and he is still on track for a full recovery.”

McCormick, who has publicly wished Fetterman a healthy recovery and said he “looks forward to seeing him on the campaign trail,” believes that he can prevail in November.

“I think there’s a great opportunity to bring our party together around an ‘America First’ agenda that can go into November and beat John Fetterman,” McCormick said.

“And the great news is, there are lots of independents and conservative Democrats who are deeply offended by the extreme liberal socialist agenda. And that’s an opportunity for us as Republicans to consolidate our party.

“I’ve met a number of Democrats, former Democrats, who came into our party because of President Trump, and there’s more opportunity there,” McCormick added.

Once all of the votes are tallied in the GOP Senate race, the race might be headed to a recount.

Under Pennsylvania law, an automatic statewide recount is triggered if the top two candidates in a race are within half a percentage point of each other.

The secretary of state will determine if a recount will take place by “the second Thursday following the day of the election,” which is May 26. The recount would be managed by individual counties, start no later than June, and be finished by noon on June 7. Counties would submit results to the state by June 8.

The high voter turnout across Pennsylvania can be attributed to dissatisfaction from Democrats and Republicans alike, Allegheny County Republican Chair Sam DeMarco said.

“There are a lot of people that are unhappy. You can be on the left, and you can’t sit there and tell me things are going well, with high gas prices and inflation,” DeMarco said.

“On our side, the Republican side, people are angry. There are people that have not gotten over the 2020 election. They are determined to have their say.”