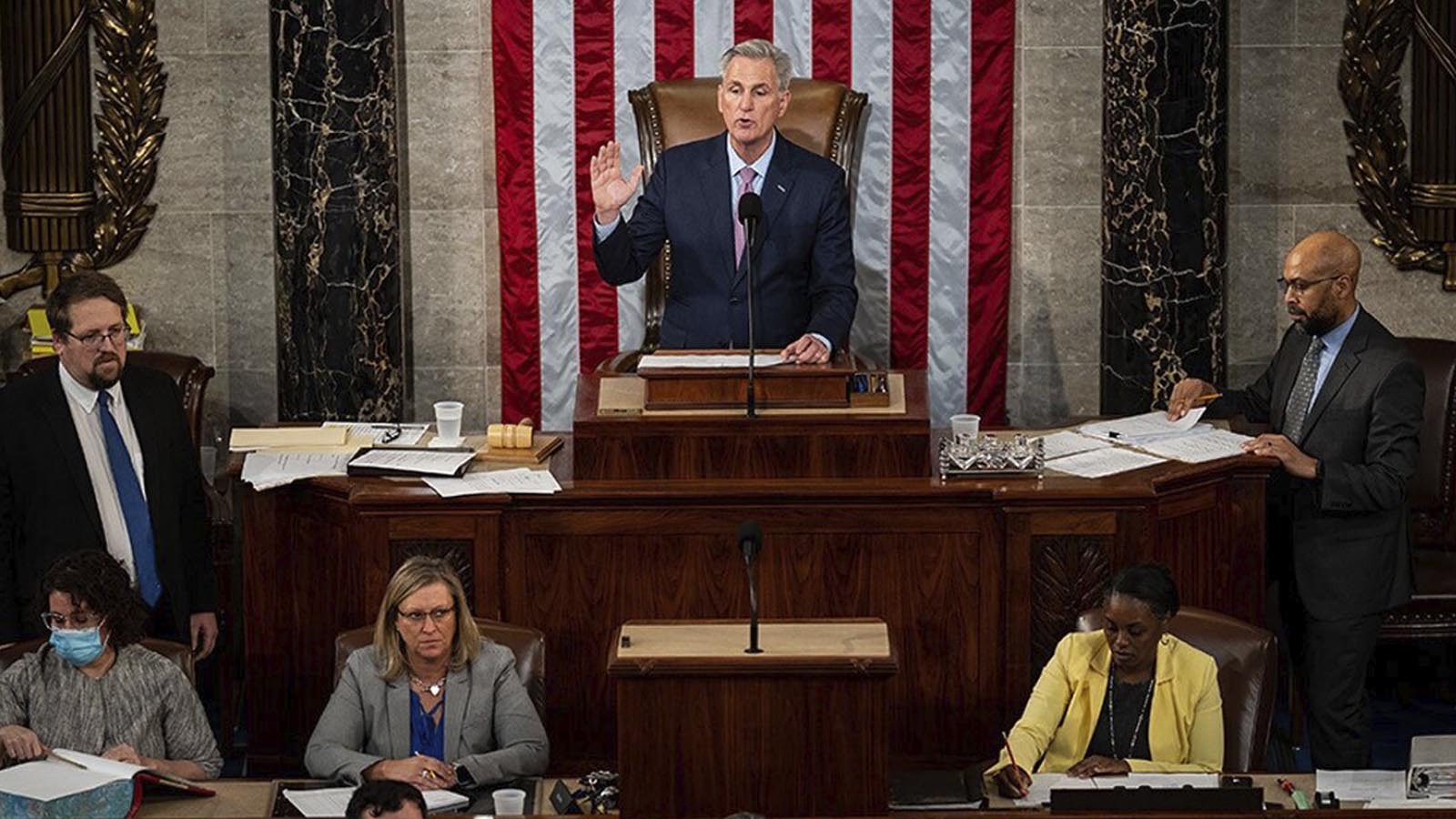 His speakership followed a dramatic week of him slowly winning over 20 Republicans who initially did not support his speakership and defected their votes to other members.

“Our nation is worth fighting for,” he added in his opening remarks.

Upon accepting the gavel as Speaker of the House, McCarthy thanked his colleagues for their support and shared his vision for uniting the legislative body.

“You know – my father always told me: It’s not how you start, it’s how you finish. And now we need to finish strong for the American people,” he said.

His remarks also included a warning for Hakeem Jeffries, D-NY, who was selected by the chamber’s Democrats to be House Minority Leader.

“If the son of a fireman and grandchild of immigrants can rise to the highest position in the most important legislative body in the world and if my colleague Hakeem Jeffries with his life story can rise to lead his party then opportunity and democracy still thrive in America,” McCarthy said.

He added: “To Leader Jeffries – there will be times we will agree and many times we will differ. I promise that our debates will be passionate, but never personal. And now the hard work begins. What we do here today, next week, next month, and next year will set the tone for everything that follows.”

“Hakeem – I need to warn you: I also won 100 percent of my conference vote on this floor two years ago. So, good luck!” McCarthy jokingly said.

McCarthy also revealed some of his priorities for this session of Congress, which included: investigating China, securing the country’s border, and attempting to eliminate some of the federal debt, which is over $31 trillion.

“We will also address America’s long-term challenges: the debt and the Chinese Communist Party. Congress must speak with one voice on both of these issues,” the House speaker said.

He vowed to build a “nation that is safe” and help form a “future that is built on freedom.” McCarthy also wanted to construct a “government that is accountable where Americans get the answers they want, need, and deserve.”

“Our system is built on checks and balances. It’s time for us to be the check and provide some balance to the President’s policies,” McCarthy added. “There is nothing more important than making it possible for American families to live and enjoy the lives they deserve.”

He also committed to “stop wasteful Washington spending to lower the price of groceries, gas, cars, and housing and stop the rising national debt.”

“We pledge to cut the regulatory burden, lower energy costs for families, and create good-paying jobs for workers by unleashing reliable, abundant American-made energy,” McCarthy added. “Our first bill will repeal funding for 87,000 new IRS agents. Because the government should be here to help you, not go after you.”

The Republican also said he would reopen the U.S. Capitol Building, which remained behind additional security measures and was mostly inaccessible to the public following the riots on Jan. 6, 2021.

“My friends – this chamber is now fully open for all Americans,” he said, which was met with thunderous applause from Republicans. Democrats in the chamber remained silent.