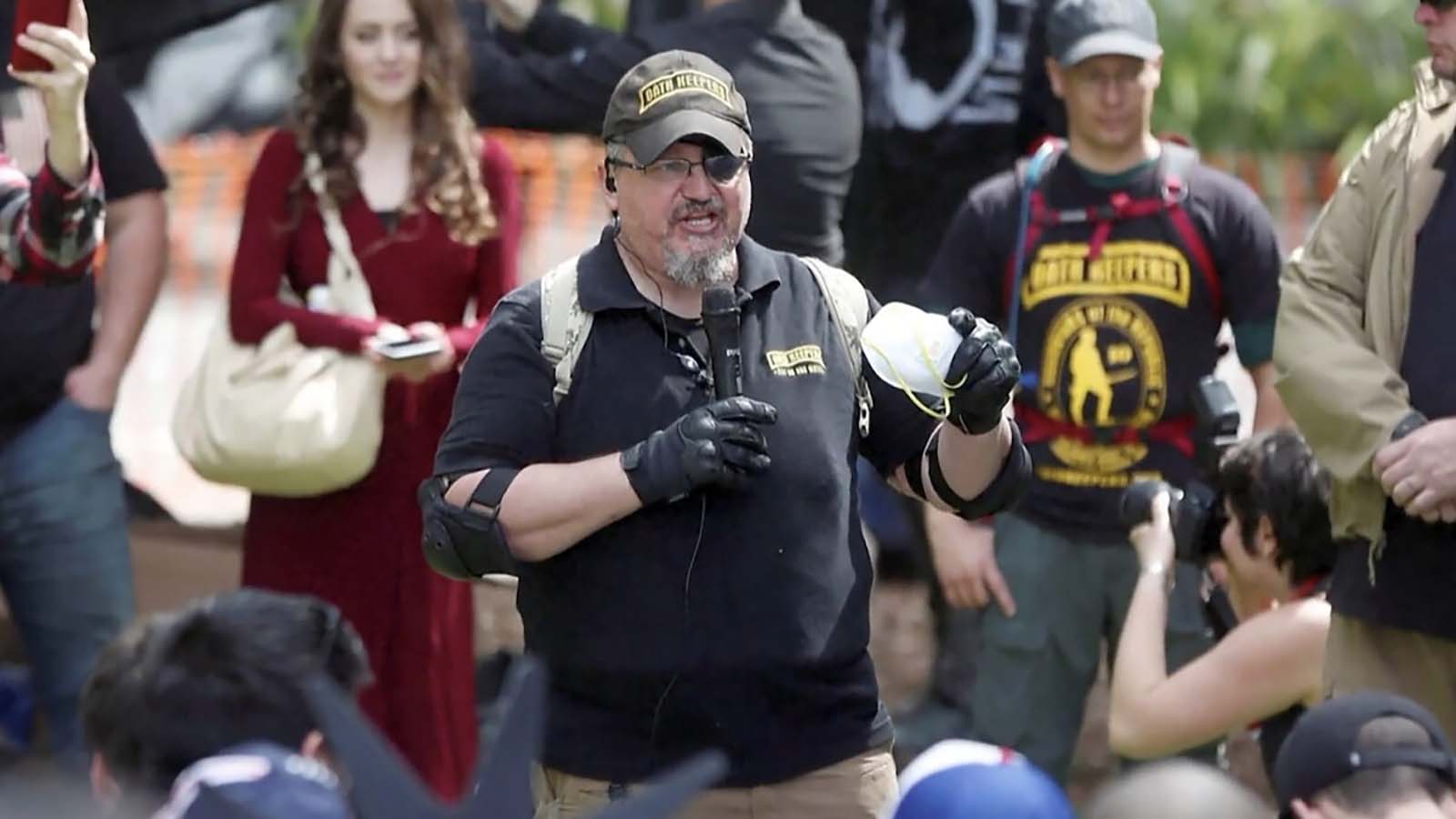 Oath Keepers founder Stewart Rhodes told a federal court on Nov. 4 that the 2020 presidential election was invalid, spoke of his love for America, and his motivations for starting the Oath Keepers.

Rhodes, 57, is one of the defendants in the highest-profile trial related to the events of Jan. 6, 2021. On Nov. 4, he described himself as a patriotic quarter-Mexican born in Fresno, Calif., with both sides of the family serving in different military branches.

Although he wanted to join the Marines, Rhodes served in the Army doing special operations and became a weapons expert. He wa injured training in parachute jumping and was honorably discharged as a disabled veteran.

In a packed courtroom, under direct examination with his attorney, Rhodes summarized his life journey as talking to a friend. Rhodes looked relaxed, smiled, and made constant eye contact with the jurors, who listened attentively to his testimony. Some took notes.

Judge Amit Mehta, who usually keeps his body posture facing everyone in the courtroom, tilted his body to the right and watched Rhodes closely.

“Do you believe the [2020 presidential] election was stolen?” asked Rhodes’ defense attorney.

“I believe the election was unconstitutional,” Rhodes responded, explaining it was invalid since it didn’t comply with Article 2 of the Constitution. Under COVID-19 restrictions, he said, swing states changed their laws which made the election invalid.

Rhodes testified that he founded the Oath Keepers organization in 2009 to educate the military and law enforcement on distinguishing between legitimate and illegitimate commands. He wanted people to be aware of their constitutional rights. His main concern was how authorities responded to natural disasters and how citizens were treated.

He mentioned officers helping restrain George Floyd should have disregarded orders to restrain him.

Despite the recent label of the Oath Keepers organization as a racist white supremacist far-right group, Rhodes said the organization has members who are native Americans, Filipino Americans, African Americans, and others. He denied having any racist members. “We wouldn’t tolerate that,” he said.

After his discharge, Rhodes had various jobs: he parked cars at night and trained security guards during the day; he said he taught women and LGBT groups self-defense techniques.

The suicide rate among former military members is high, he said. Many Oath Keepers, primarily elders, find their purpose in his organization since they desire to serve the country.

Rhodes recounted various times when he and other Oath Keepers provided security services, including for African Americans, and did volunteer work in different parts of the country. He said he against the heavy tactics used by law enforcement to restrain protestors. However, Rhodes added he doesn’t support violent rioters who destroy property and other goods.

The defense attorney asked Rhodes about why the Oath Keepers wear helmets and tactical vests. Rhodes said they use the gear for self-defense because rioters use weapons such as frozen water bottles, chains, knives, and clubs;

Rhodes told the court that he graduated from Yale Law School and received an award for his paper on the Bill of Rights.

“America is the best example of democracy because of our Constitution,” Rhodes said.

The U.S. government charged Rhodes, the three Oath Keepers on trial, and an affiliate with seditious conspiracy, conspiracy to obstruct an official proceeding, aiding and abetting, conspiracy to prevent an officer from carrying out any duties, destruction of government property, civil disorder, and tampering with documents.

The prosecution has officially started to rest and won’t bring any new witnesses.

Rhodes will finish his direct testimony on Nov. 7 and will the face questions from prosecutors.