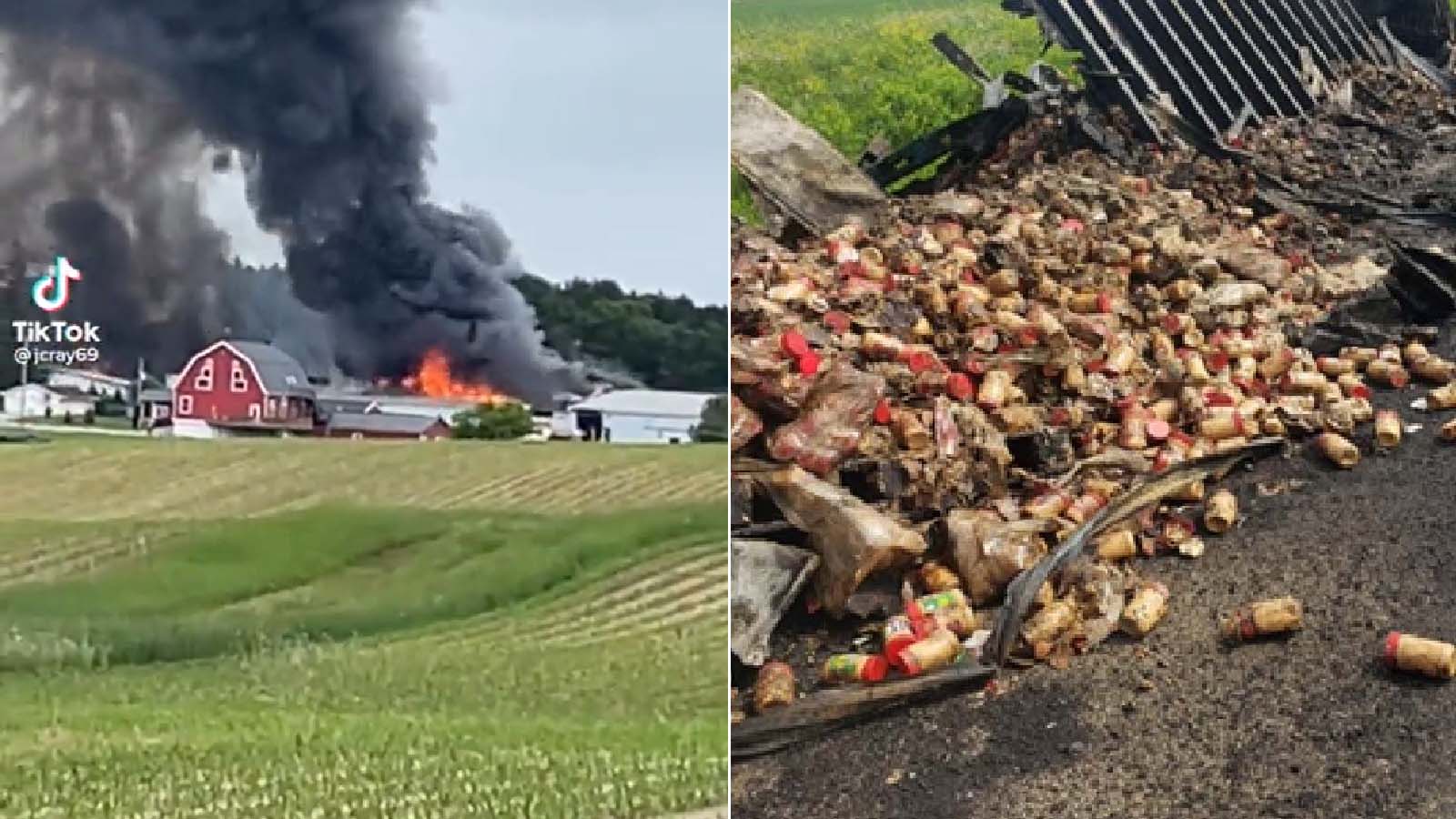 “Charred jars of peanut butter could be seen scattered across the side of the road,” according to WCIA-TV in Champaign. “Officials have not yet announced what caused the fire.”

Feldkamps Towing of Urbana worked with the Illinois Department of Transportation and a local fire department to clean up the gooey mess, which was exacerbated by oppressive heat.

“What a hot day it was today between lowboy jobs and a recovery job we got later in the day 44k of peanut butter having the correct equipment get the job done fast and Efficient thanks to everyone that worked today to get everything done today for customers even in the terrible heat,” the company wrote on Facebook last Wednesday.

“[A]lso huge thanks to District 10 fire departments and idot you guys were awesome.”

As of Thursday morning, officials still had not revealed the cause of the June 15 truck fire — more than a week after it occurred.

This is the second big problem during the past two months for J.M. Smucker, the maker of Jif peanut butter.

At least 10 people reported getting sick after eating Jif peanut butter manufactured at Smuckers’ Lexington, Kentucky, facility, according to the Food and Drug Administration.

These disruptions — coupled with the runaway inflation that has become the hallmark of Biden’s presidency — undoubtedly have caused peanut butter prices to skyrocket.

You probably see a significant spike in the cost of peanut butter at your local supermarket (all brands are about $2 higher per jar in Manhattan, from my experience).

Between the peanut-butter debacle, 10,000 cows dying in Kansas, escalating baby formula shortages and mysterious farm fires, the stage is being set for an unprecedented food shortage.

As a reminder, food shortages have ignited mass rioting and civil wars numerous times throughout history.

Another plant burned. 10,000 cattle dead. Chicken farm burned. Egg plant burned. Chemtrails and jabs. And they want us without our 2nd? pic.twitter.com/6PN9JVyNq0

NEW – Biden: "With regard to food shortage… it's gonna be real."pic.twitter.com/iGqFVC3UUb

BIDEN: "We need more money to plan for the second pandemic. There's going to be another pandemic." pic.twitter.com/MoMemMRxZL

Sadly, things will get much worse before they can any better. So buckle up, patriots.