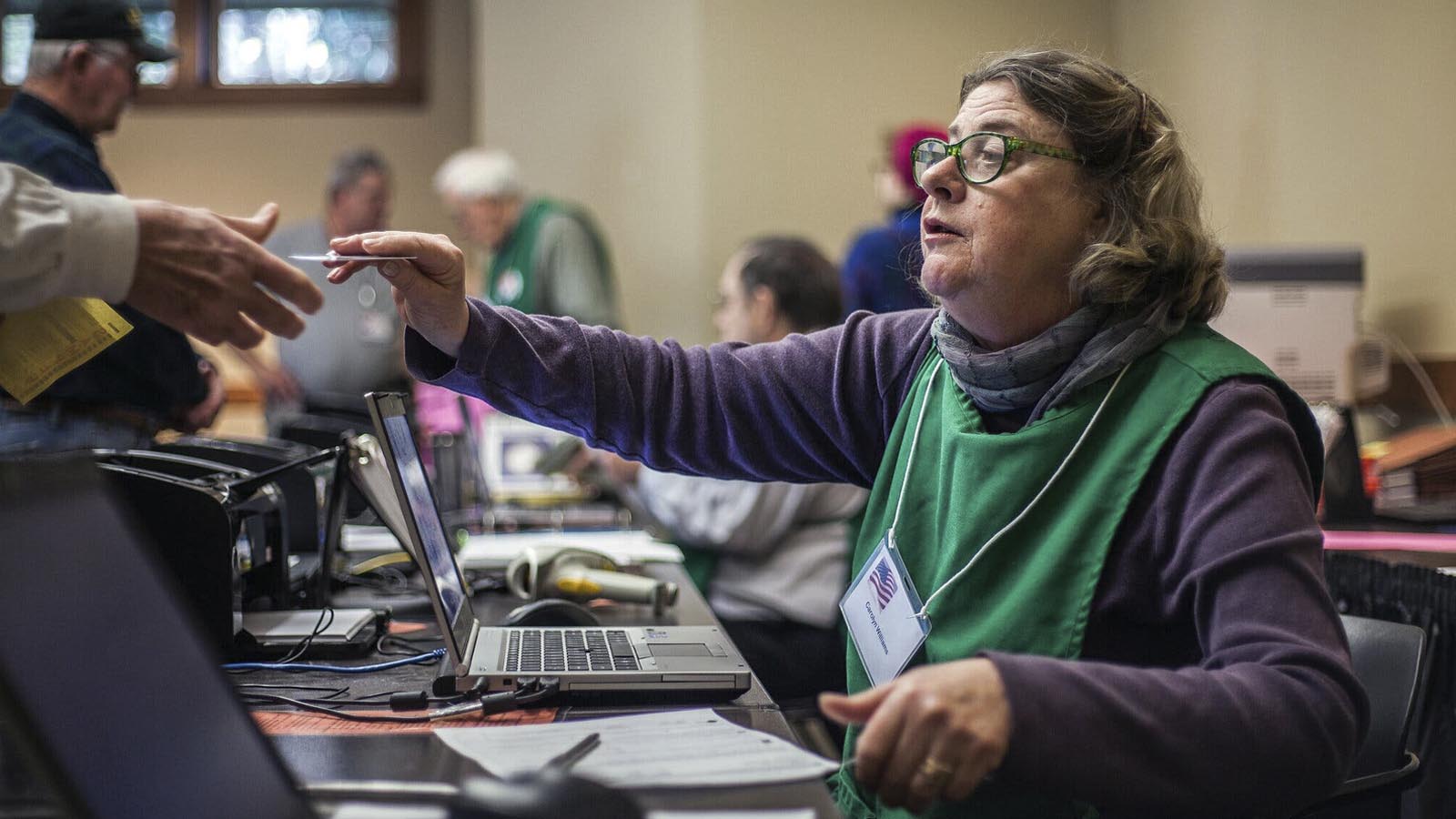 North Carolina’s top court has upheld the permanent block against a voter identification law, finding that lawmakers enacted it with “discriminatory intent.”

More African American voters lack the identification required under the law, Senate Bill 824, and a previous voter identification law was determined to be unconstitutional for that reason. That was part of the reason a panel of North Carolina judges used to conclude in September 2021 that Senate Bill 824 ran afoul of the equal protection clause in North Carolina’s Constitution. The clause states that “no person shall be denied the equal protection of the laws; nor shall any person be subjected to discrimination by the State because of race, color, religion, or national origin.”

In a narrow 4–3 ruling on Dec. 16, the North Carolina Supreme Court upheld that earlier conclusion.

“We hold that the sequence of events leading up to S.B. 824’s passage supports the determination that S.B. 824 was enacted with the discriminatory intent to target African-American voters,” said Justice Anita Earls, writing for the majority. “In doing so, we do not conclude that the General Assembly harbored racial animus; however, we conclude just as the trial court did, that in passing S.B. 824, the Republican majority ‘targeted voters who, based on race, were unlikely to vote for the majority party.’”

The law was enacted in late 2018, with supermajorities of Republican lawmakers in both legislative chambers overriding a veto of then-North Carolina Gov. Roy Cooper, a Democrat. The law came after voters approved a constitutional amendment to require voter identification.

Before its passage, several Democrats said data showed that a larger percentage of black voters than white voters lacked the identification allowed under the proposal, but their concerns didn’t result in any changes to the legislation.

Before the passage of the previous law, House Bill 589, lawmakers reviewed state data that showed more Democrat voters lacked the appropriate identification when compared to Republicans and that most of the Democrat voters were black.

Most of the same lawmakers who voted for House Bill 589 voted to override Cooper’s veto of Senate Bill 824, the panel noted. It found that Republicans supported the bill “with limited analysis and scrutiny” in order to approve it before the party lost its supermajorities in the next session, a development that came because Democrats flipped a number of seats in the 2018 election.

Also counted against the defendants, including North Carolina House Speaker Tim Moore, a Republican, were “limited Democratic involvement” in the bill, the rejection of many Democrat-proposed amendments, and a lack of intent to help address the racial differences in identification holders.

Defendants have argued that provisions that were included in the bill, such as ordering county boards of elections to issue voter identification cards for free upon request, undercut the claims in the case. But prospective voters would have to go to a different location than a voting place to obtain the IDs, which could prove burdensome, the panel found.

The majority of the North Carolina Supreme Court said their ruling shouldn’t be taken as saying that no voter identification requirement laws are allowed but that such laws should be less restrictive.

All three Republicans on the court dissented from the new ruling.

“The plain language of S.B. 824 shows no intent to discriminate against any group or individual, and there is no evidence that S.B. 824 was passed with race in mind, let alone a racially discriminatory intent. The majority relies, as it must, on a misapplication of relevant case law and on its own inferences to reach a contrary,” Berger said.

He also noted that the new law enabled voters to vote without an ID if they produced a declaration that they suffered from a “reasonable impediment” to obtaining an acceptable form of identification.

“If Democrats on the state Supreme Court can’t respect the will of the voters, the General Assembly will,” he said in a statement.

Dan Blue, leader of the state Senate Democrats, said, “We need to go back to the drawing board and work in good faith to pass a voter ID law that will pass constitutional muster.”

Makeup to Change; Another Ruling

An open seat was won by Republican Richard Dietz.

Republicans will soon hold a 5–2 majority.

A remedial House map was approved, as was a congressional map.

In a dissenting opinion, Newby said the majority was trying to usurp the role of the legislative branch, which is charged with redistricting.

In an earlier ruling, he said, “The majority effectively amended the state constitution to establish a redistricting commission composed of judges and political science experts. When, however, this commission, using the majority’s redistricting criteria, reached an outcome with which the majority disagrees, the majority freely reweighs the evidence and substitutes its own fact-finding for that of the three-judge panel.”