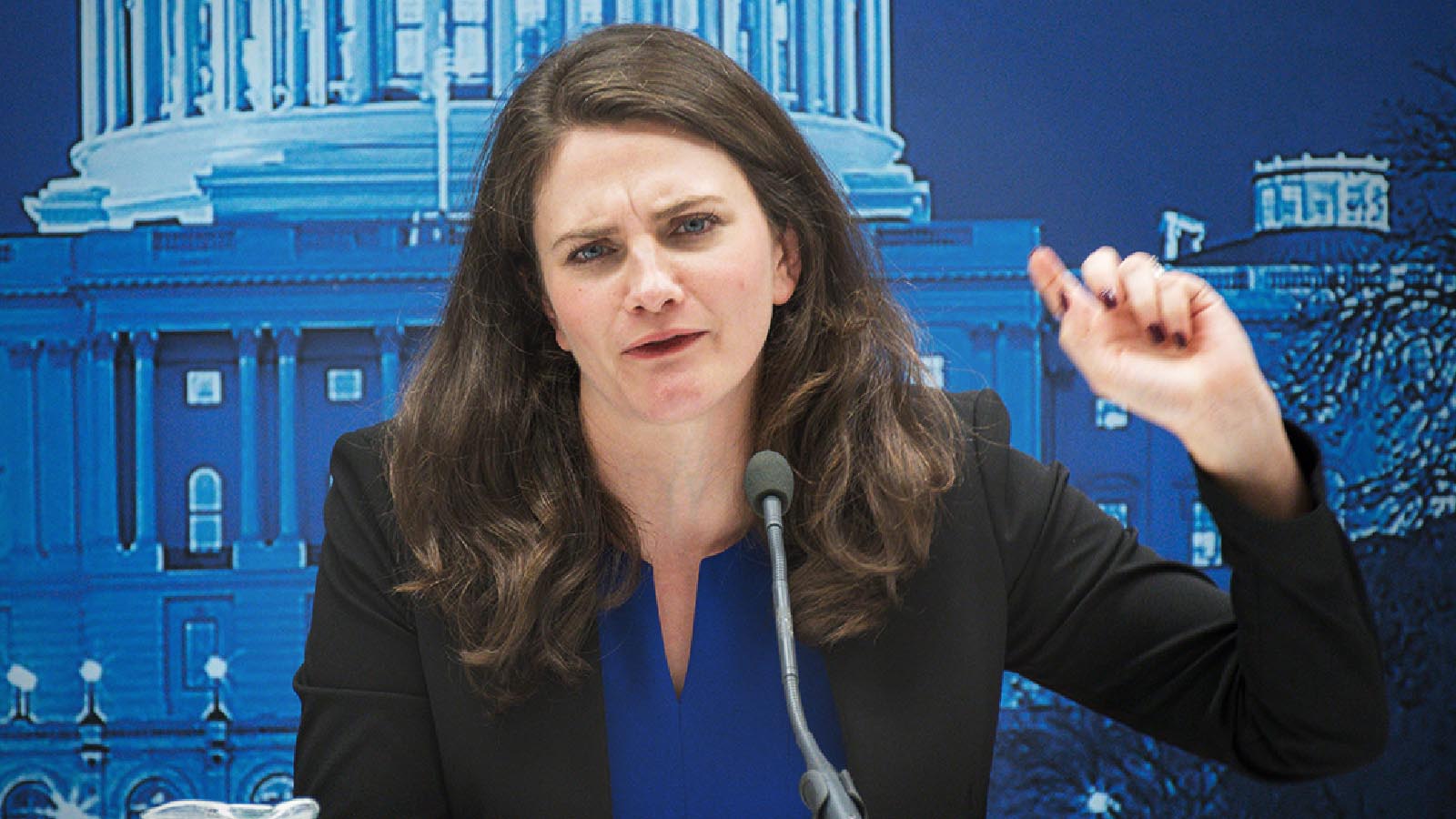 After a rough three weeks in which conservatives landed significant hits on and exposed major flaws with the Department of Homeland Security’s “Disinformation Governance Board,” the much-mocked Ministry of Truth has been “paused” and Disinfo Czar Nina Jankowicz is looking to the exits.

This news, comes from a new “scoop” reported by none other than The Washington Post’s Taylor Lorenz. Most of permanent-victim Lorenz’s post is the same pablum we’ve seen from the mainstream media about how extremely qualified Jankowicz is and how critical the threat of so-called disinformation is to democracy — all without mentioning that Jankowicz has been a leading voice pushing debunked narratives and outright false information. Her rather laughable headline for the piece is: “How the Biden administration let right-wing attacks derail its disinformation efforts.” Sure, Taylor.

As Lorenz writes in the piece published Wednesday morning:

…the Disinformation Governance Board is being “paused,” according to multiple employees at DHS, capping a back-and-forth week of decisions that changed during the course of reporting of this story. On Monday, DHS decided to shut down the board, according to multiple people with knowledge of the situation. By Tuesday morning, Jankowicz had drafted a resignation letter in response to the board’s dissolution.

But Tuesday night, Jankowicz was pulled into an urgent call with DHS officials who gave her the choice to stay on, even as the department’s work was put on hold because of the backlash it faced, according to multiple people with knowledge of the call. Working groups within DHS focused on mis-, dis- and mal-information have been suspended. The board could still be shut down pending a review from the Homeland Security Advisory Council; Jankowicz is evaluating her position within the department.

Another interesting tidbit in the WaPo report is that the woman who was in charge of determining which speech was allowable and which wasn’t — and even said she believed elites like herself should be allowed to add context to other users’ online posts — was told to shut up by the Biden administration.

Described by Lorenz as enduring “attacks” (aka legitimate criticism of a terrible idea), “Jankowicz herself was told to stay silent. After attempting to defend herself on Twitter April 27, she was told by DHS officials to not issue any further public statements, according to multiple people close to her,” Lorenz reported.

It’s worth noting as well that Jankowicz had tweeted her support for Lorenz in the past, so the whole piece seeks to make a victim out of Jankowicz in order to come to her rescue like some sort of hero. “Girlcode,” or something. To be clear, Jankowicz made herself a target, and almost all of the criticism of the Disinfo board’s chief and its mission was based on publicly available information.

And the result of what Lorenz describes — a textbook example of Dems in Disarray — shows that the Biden administration somehow didn’t see opposition coming when it announced what amounted to a Federal Bureau of Stopping Wrongspeak:

Democratic lawmakers, legislative staff and other administration employees who sought to defend Jankowicz were caught flat-footed. Administration officials did not brief the relevant congressional staff and committees ahead of the board’s launch, and members of Congress who had expressed interest in disinformation weren’t given a detailed explanation about how it would operate. A fact sheet released by DHS on May 2 did nothing to quell the outrage that had been building on the Internet, nor did it clarify much of what the board would actually be doing or Jankowicz’s role in it.

Now that the American people are aware of and against a government-ordained ministry of truth, the Biden administration is scrambling to deal with another internal crisis of their own creation. But all Biden’s men, it seems, were unable to turn the tide.

UPDATE: Following a report detailing the death-rattle of the Biden administration’s Disinformation Governance Board, Executive Director Nina Jankowicz has officially resigned her post with the disinfo board and Department of Homeland Security.

UPDATE: Nina Jankowicz has officially resigned from Disinformation Governance Board and the DHS. https://t.co/rLi3FvUNMw https://t.co/z4hdwTBFIB