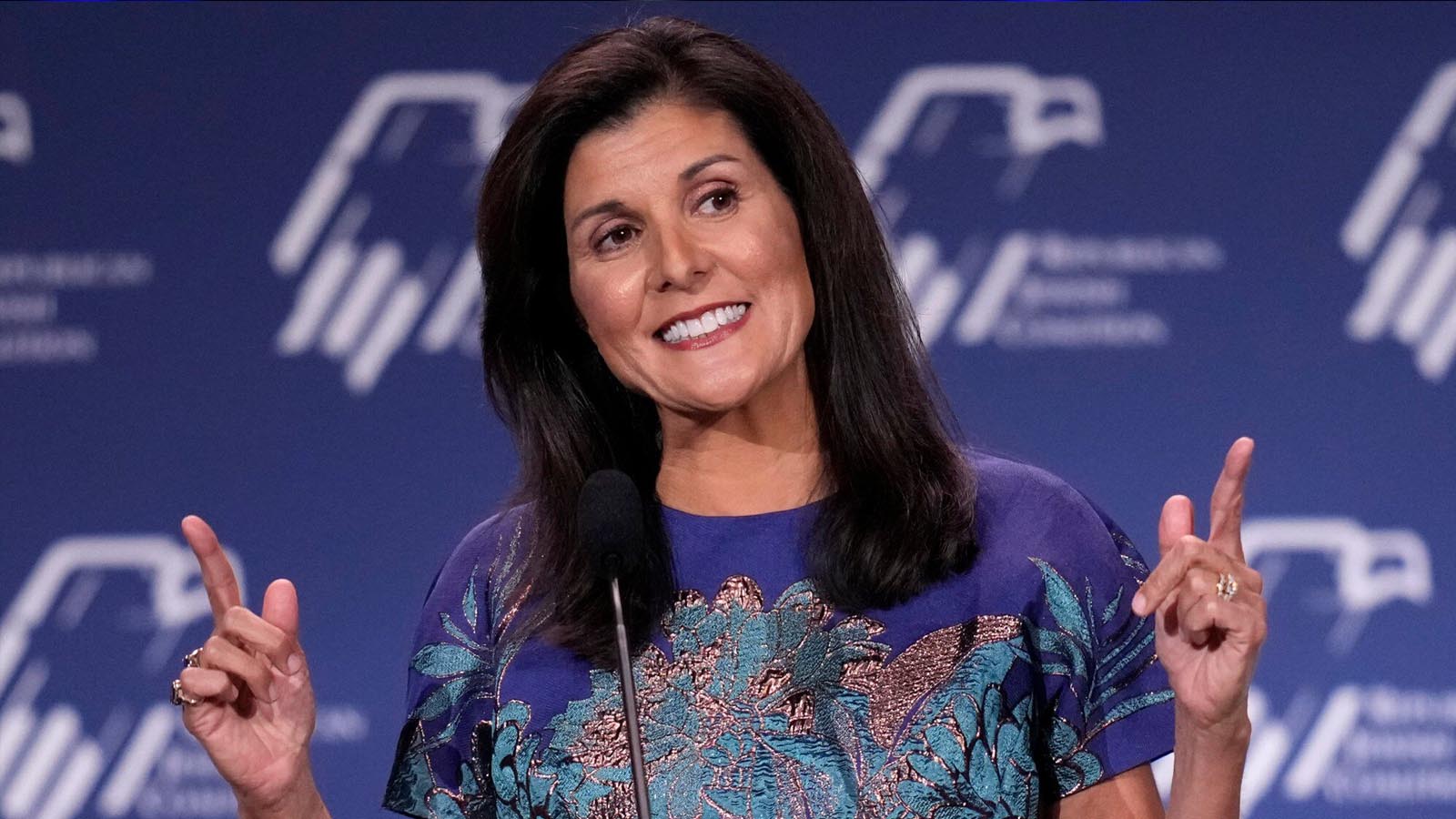 She told the audience, “A lot of people have asked if I’m going to run for president now that the midterms are over. I’ll look at it in a serious way and I’ll have more to say soon.”

She added, “If my family and I decide to continue our life of service, we will put 1,000 percent into it and we’ll finish it. For now, I’ll say this. I’ve won tough primaries and tough general elections. I’ve been the underdog every single time.”

Fmr. UN Ambassador @NikkiHaley gets a standing ovation from the @RJC pic.twitter.com/p62PWThU4S

Haley continued, “When people underestimate me, it’s always fun. But I’ve never lost an election. And I’m not going to start now.”

Fmr. UN Ambassador @NikkiHaley on running for president in 2024

If Haley declares it will set up a challenge for the Republican nomination with former President Donald Trump. Haley was the US Ambassador to the United Nations in the Trump administration and had previously ruled out a White House bid if Trump was a candidate.

Haley was an effective spokeswoman for Trump’s foreign policy agenda, especially with regard to withdrawing from the disastrous Iran nuclear deal and defending the Jewish state of Israel in the UN.

Israel shouldn’t have to wonder whether America stands with it after every election. I was proud to stand up to the bullies and haters of Israel at the UN. And it should never be partisan. And I’m proud to say I was the 1st governor to sign a law banning BDS! #RJCinVegas

However, the pair had a falling out over Trump’s reaction to losing the 2020 election and reportedly did not speak for several months. Over time they have worked to repair the relationship.

The Democrats of today no longer want a colorblind society. Just the opposite: They want to judge people by the color of their skin. And they have the gall to tell us that America is racist. My Indian-American parents taught me better. #RJCinVegas

Trump addressed the convention via live video feed and is so far the only Republican candidate currently in the race after he officially announced his bid Tuesday at Mar-a-Lago.

Haley also discussed the problems she felt prevented Republicans from capitalizing on a favorable political environment in the midterm elections, noting that the party failed to win the national popular vote in seven out of the last eight presidential contests.

After the midterms, I’m more determined than ever to fight with everything I've got to bring strength back to our country. We can’t allow ourselves to fall short again. Now is the time to expand our tent… It will make us a stronger & better party. #RJCinVegas

“The truth is, Americans weren’t feeling or trusting the state of our party. They don’t want chaos. They want stability and strength and unity. We didn’t have that. We have to look in the mirror.”

“The Republican Party has lost the popular vote in seven of the last eight presidential elections. That’s saying something,” She continued. “We’re behind the times. And we have to be honest with ourselves. Joe Biden turns 80 years old tomorrow. Happy birthday, Mr. President, but it’s time for a younger generation to lead!”

The GOP has lost the popular vote in 7/8 of the last presidential elections… We’re behind the times. And we have to be honest with ourselves. Joe Biden turns 80 years old tomorrow. Happy birthday, Mr. President—but it’s time for a younger generation to lead. #RJCinVegas

In another indication of her intention to run, Haley stated, “If Biden succeeds in getting us back in the Iran deal, I will make you a promise. The next president will shred it — on her first day in office!”