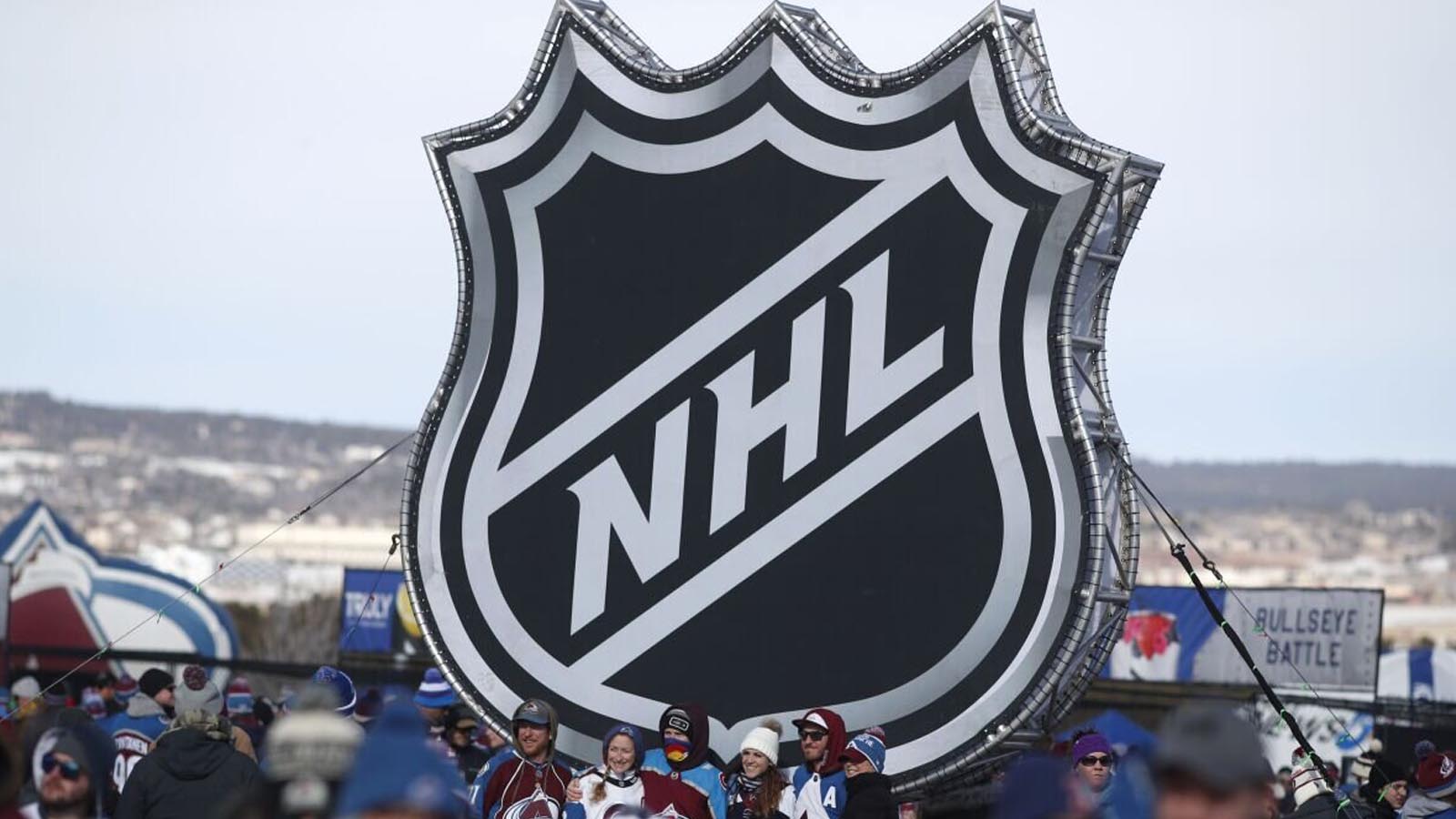 The NHL shut off its comments after social media users skewered the league for jumping on the woke bandwagon.

After celebrating the first tournament held in Middleton, Wisconsin, over the weekend for transgender and nonbinary players, the National Hockey League responded to a critic who clarified, “So, men playing on womans team? [sic]” 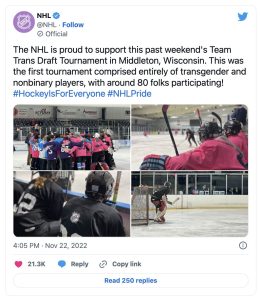 Those statements were met with fierce backlash, prompting the NHL to limit who could respond.

No. A man wearing a dress is not a woman. A woman who cuts off her breasts is not a man. You can’t change your sex.

And living things don’t have a gender, they have a sex. https://t.co/YWHkn3e2DJ

No. A man wearing a dress is not a woman. A woman who cuts off her breasts is not a man. You can’t change your sex.

And living things don’t have a gender, they have a sex. https://t.co/YWHkn3e2DJ

<1% of people woke up wondering what hockey thought of transgenders.And yet major U.S. brands continue to virtue signal to a minuscule percent of the country on LGBTQ & race-related topics.

While the majority country finds these messages unnecessary and annoying grandstanding. https://t.co/aJ11LJJOVJ

The NHL got destroyed in the comments so they turned them off.🤣 https://t.co/PdjbyVvgKZ

Totally! Would love to see a group of “trans men” play hockey against a team of men. Should be a nail-biter!! https://t.co/4DeSKPyEy9

Not hockey too…. Canada is definitely doomed 🙂 https://t.co/5cRYTKlFn3

Amazing to watch sports leagues that rely on extraordinary performance by biological men (as well as the viewership of disproportionately male audiences) parrot the idiotic anti-biological garbage of the woke coterie https://t.co/BLd00rAB3x

The NHL becomes the latest organization to totally debase itself for the sake of pandering to people who aren't their customers and never will be https://t.co/1H7G9d7Rj6