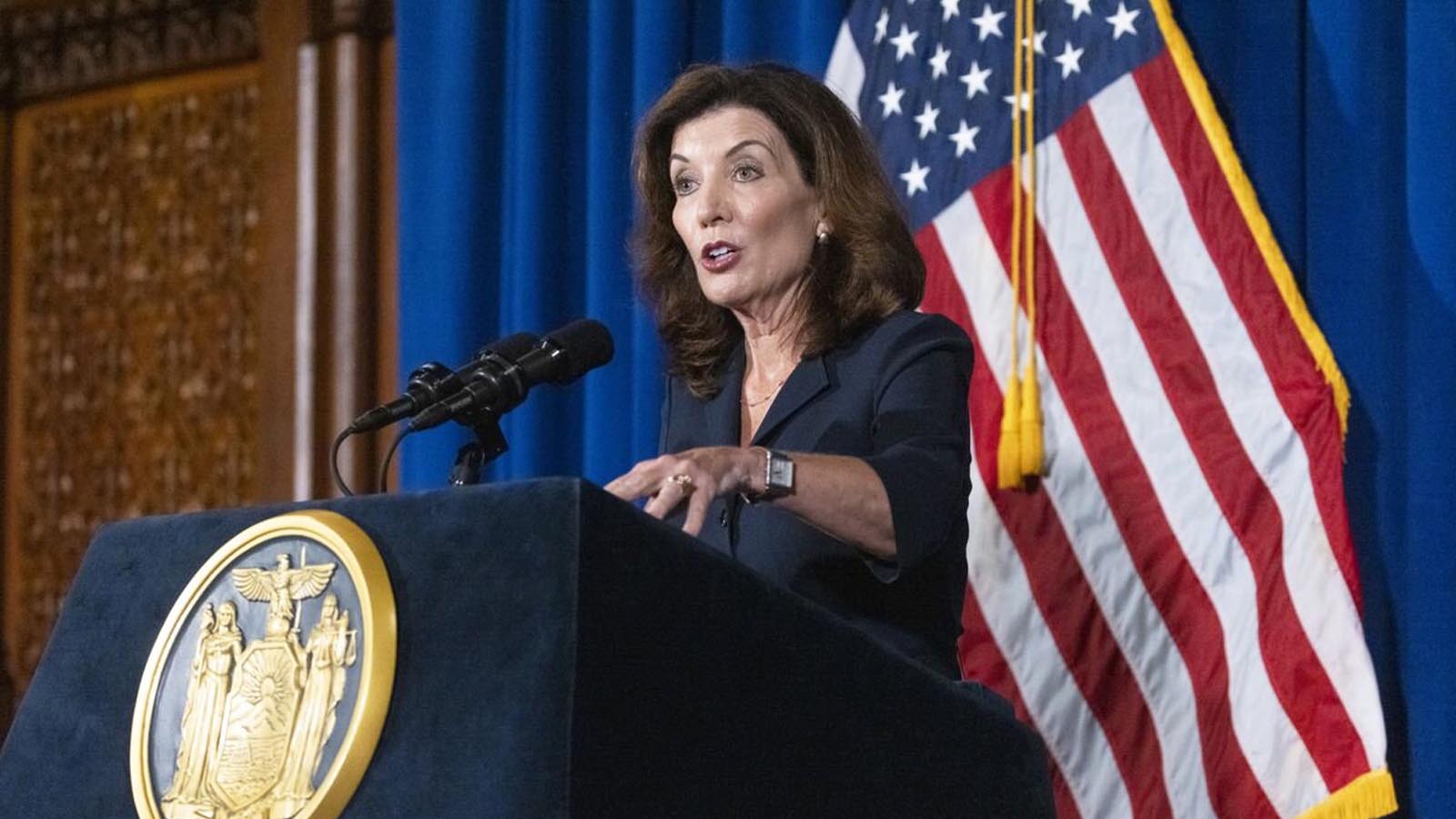 New York Democratic Gov. Kathy Hochul on Friday signed legislation into law to limit the use of concealed carry guns in “sensitive locations” such as schools and places of worship in response to a U.S. Supreme Court ruling.

Hochul called lawmakers to Albany for an extraordinary session of the state legislature this week to change gun laws after the Supreme Court struck down a 100-year-old state law that required applicants for conceal carry gun permits to show “proper cause.”

The state law was deemed unconstitutional because the state and licensing officers had too much discretion in approving permit applicants.

“I just signed a new law to keep New Yorkers safe—even in the face of a monumental setback from the Supreme Court,” Hochul wrote on Twitter Friday, thanking lawmakers for their “quick work” to pass the reforms.

But New York Republicans disagreed that the bill is about protecting New Yorkers.

“This is NOT a public safety bill under debate in Albany’s ‘extraordinary’ session,” the New York Senate GOP declared on Twitter. “This is a callous, vengeful bill meant to put law-abiding New Yorkers in their ‘rightful place.’”

With a Democrat-controlled state legislature, the bill moved quickly through both chambers, with lawmakers deliberating on Thursday before it went to a vote on Friday.

The state Senate passed the bill (pdf) 43-20 in a party-line vote on Friday before the Assembly passed it later that night.

In addition to other requirements, people applying for a firearms permit will need to hand over to licensing officers personal information about their home life and social media activity.

New Yorkers will need to provide information about their current partner or spouse and any adults or minors living with them.

The names of four people will also be required for reference checks to determine the applicant’s “moral character” and if there are any red flags that suggest they might be a harm to themselves or others.

The law requires that firearm permit seekers also complete 16 hours of firearm safety training and hand over information about their social media accounts for the last three years which will be used “to confirm … character and conduct.”

Some of the other requirements under the new law means firearm permit holders will undergo regular checks for criminal convictions. A state-wide license and ammunition database will also be created.

Concealed carry will also be prohibited at government buildings, places of worship, libraries, playgrounds, public parks, schools, and a number of other locations which have often been the location of mass shootings.

Anyone who violates the law at sensitive locations faces criminal penalties.

New York GOP Chair Nick Langworthy decried the law, saying that “New Yorkers’ constitutional freedoms were just trampled on by Kathy Hochul and her pawns in the legislature.”

“This bill is a political charade that makes New Yorkers less safe. Only under the insanity of New York Democrats can you get out of jail free for possessing an illegal firearm, but be targeted by the government for being a law-abiding citizen exercising your constitutional rights,” Langworthy said in a statement.

This is NOT a public safety bill under debate in Albany’s “extraordinary” session.
This is a callous, vengeful bill meant to put law-abiding New Yorkers in their “rightful place.”

We will remember in November. The end of One Party Rule can’t come soon enough.

The law comes into effect on Sept. 1, and anyone denied a permit will be able to appeal from April 1, 2023.