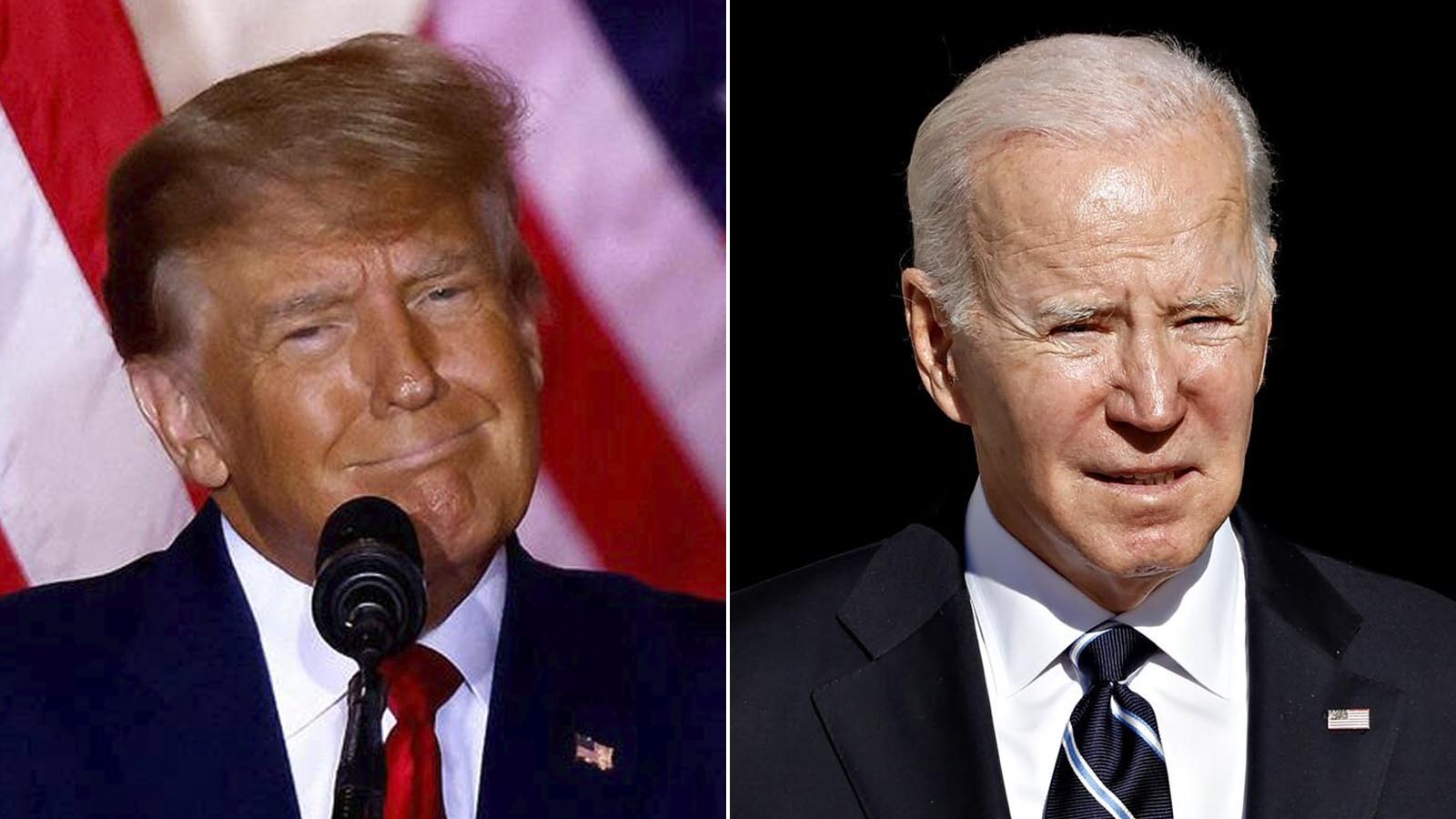 Trump at 46 percent leads Biden’s 41 percent in the survey, with 13 percent who said they were unsure.

Trump also leads Vice President Kamala Harris by even more, with Trump at 48 percent, Harris at 40 percent, and 12 percent undecided. 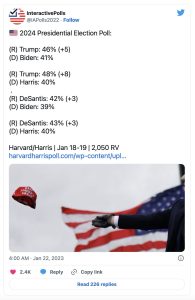 It is also worth noting that Trump is outperforming Florida Gov. Ron DeSantis in both hypothetical contests, against either Biden or Harris. While DeSantis still also leads both, he leads by less in each instance. Against Biden, DeSantis leads by just three percent—with 42 percent to Biden’s 39 percent and 18 percent undecided—and against Harris, DeSantis also only leads by three percent, 43 percent to 40 percent with 17 percent undecided.

In the GOP primary, Trump has a 20-percent lead over DeSantis as well, at 48 percent to DeSantis at 28 percent. No other candidate gets double digits in this survey, with former Vice President Mike Pence coming in at seven percent, Sen. Marco Rubio (R-FL) and former United Nations ambassador Nikki Haley at three percent, and Sens. Ted Cruz (R-TX), Tim Scott (R-SC), and former Secretary of State Mike Pompeo each at one percent, while two percent said someone else and six percent are unsure.

The survey from Harvard University’s Center for American Political Studies (CAPS), The Harris Poll, and HarrisX was taken Jan. 18 to Jan. 19 and polled 2,050 registered voters.

This poll is certainly welcome news for Trump, as it comes after a month plus of him releasing videos of his policy platform, previewing his vision for how he would handle a number of issues should he return to the White House. It also comes just before his first major early state campaign event next weekend in South Carolina, where he will appear with Sen. Lindsey Graham (R-SC) and Gov. Henry McMaster.

Interestingly, the number one most supported issue in this survey is protecting Social Security. Trump, in an interview with Breitbart News at his Doral golf course in Miami, pledged to always protect Social Security. He reiterated that promise in a policy video released last week, the latest such video. This position from Trump is something that separates him from many establishment Republicans, including former House Speaker Paul Ryan, among others. Ryan has championed throughout his entire adult life efforts to cut Social Security.

When asked questions on what things Congress should pass this year, 85 percent of survey respondents said they wanted a measure to protect Social Security for the next two decades to pass Congress. Only 15 percent said they did not want such a measure. That is far higher than the support, for instance, for a measure repealing the hiring of 87,000 IRS agents, which while still at majority support, got 59 percent of respondents to back it with 41 percent opposed.

The survey also comes in the wake of a brutal week for Biden as revelations that he hoarded classified documents at his home in Wilmington, Delaware, and a university center at the University of Pennsylvania that is housing thousands of pages of documents from his time as Vice President has rocked his White House. The matter has led to the Department of Justice appointing a special counsel to investigate him and comes just as Republicans are taking control of the U.S. House of Representatives with their new majority, fueling a likely litany of investigations that the GOP has planned.