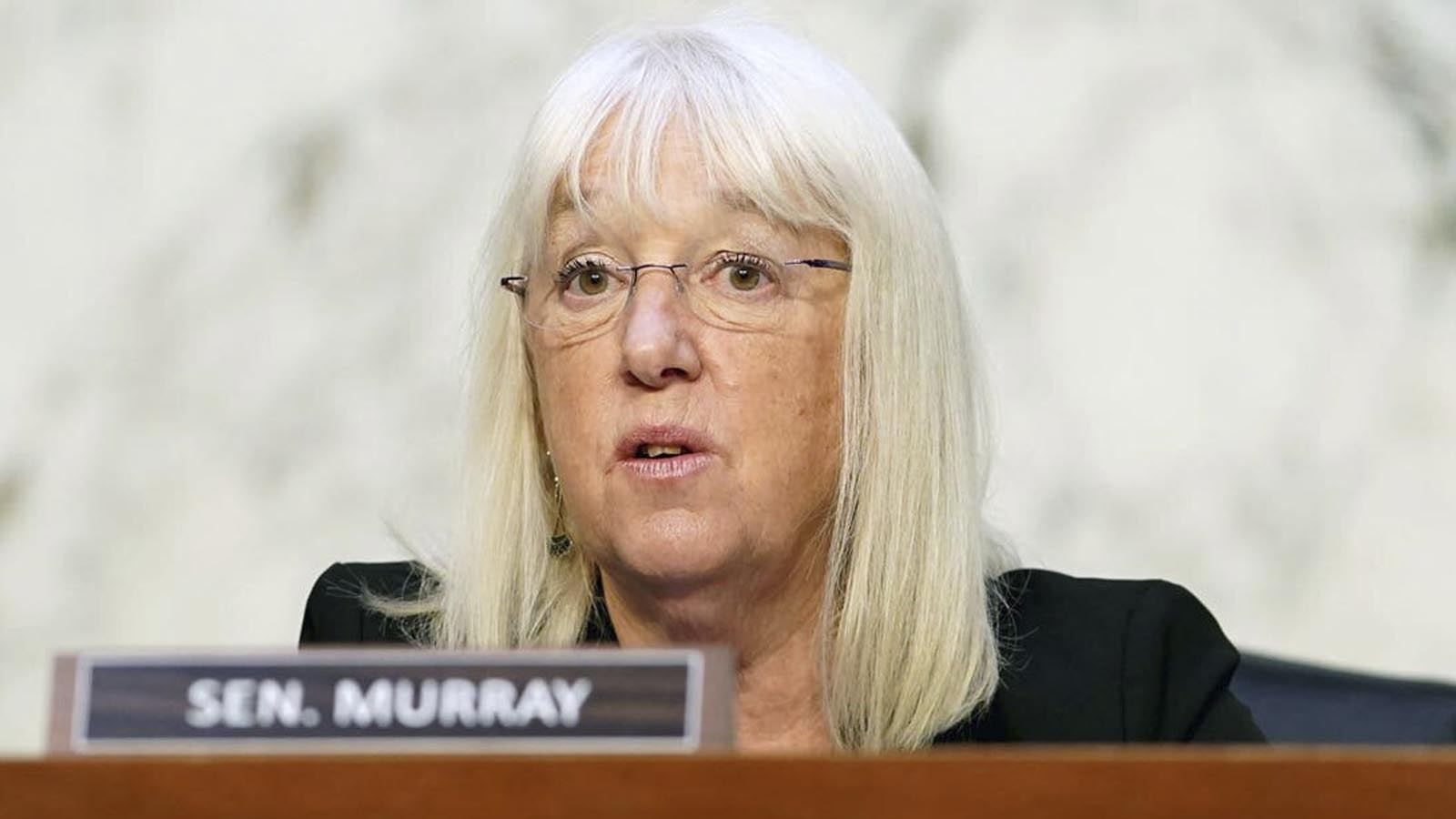 The poll released by The Trafalgar Group on Saturday shows that 49.4 percent of 1,200 likely voters support Murray while 48.2 percent are in favor of Smiley. The poll has a margin of error of 2.9 percentage points. Less than 3 percent of voters said they were undecided. 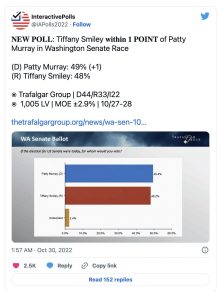 Broken down by political party, 44.2 percent of respondents were Democrats, 33.4 percent were Republicans, and 22.4 percent said they belong to no party or “other.”

Murray was first elected to the Senate in 1992. The New York Times published a report on Thursday showing that Murray is facing a “stiff challenge” from Smiley.

“We need Democrats to vote,” Murray told the Times. The report noted that she’s been trying to “ward off complacency” within her party.

“We are a Democratic state,” Murray reportedly told a group at a “pro-choice, pro-Patty, pro-coffee” event at a local Seattle coffee shop. “If people vote.”

“Ms. Smiley has out-raised the incumbent senator and polls have tightened in recent weeks, rattling some Democrats,” the report added. Smiley would be the state’s first Republican senator in more than 20 years if she were to win.

Reportedly, Democrats have considered Washington a “safely Democratic seat until this month.” Vice President Kamala Harris and Massachusetts Sen. Elizabeth Warren have come out to rally supporters for the incumbent.

Murray has focused on abortion on her campaign, though several polls have shown that abortion is not a top issue for voters.

Angela Dabb, a small business owner who is supporting Smiley, told the Times that “[Smiley’s] probably the one and only person in the state who can beat Patty Murray.”