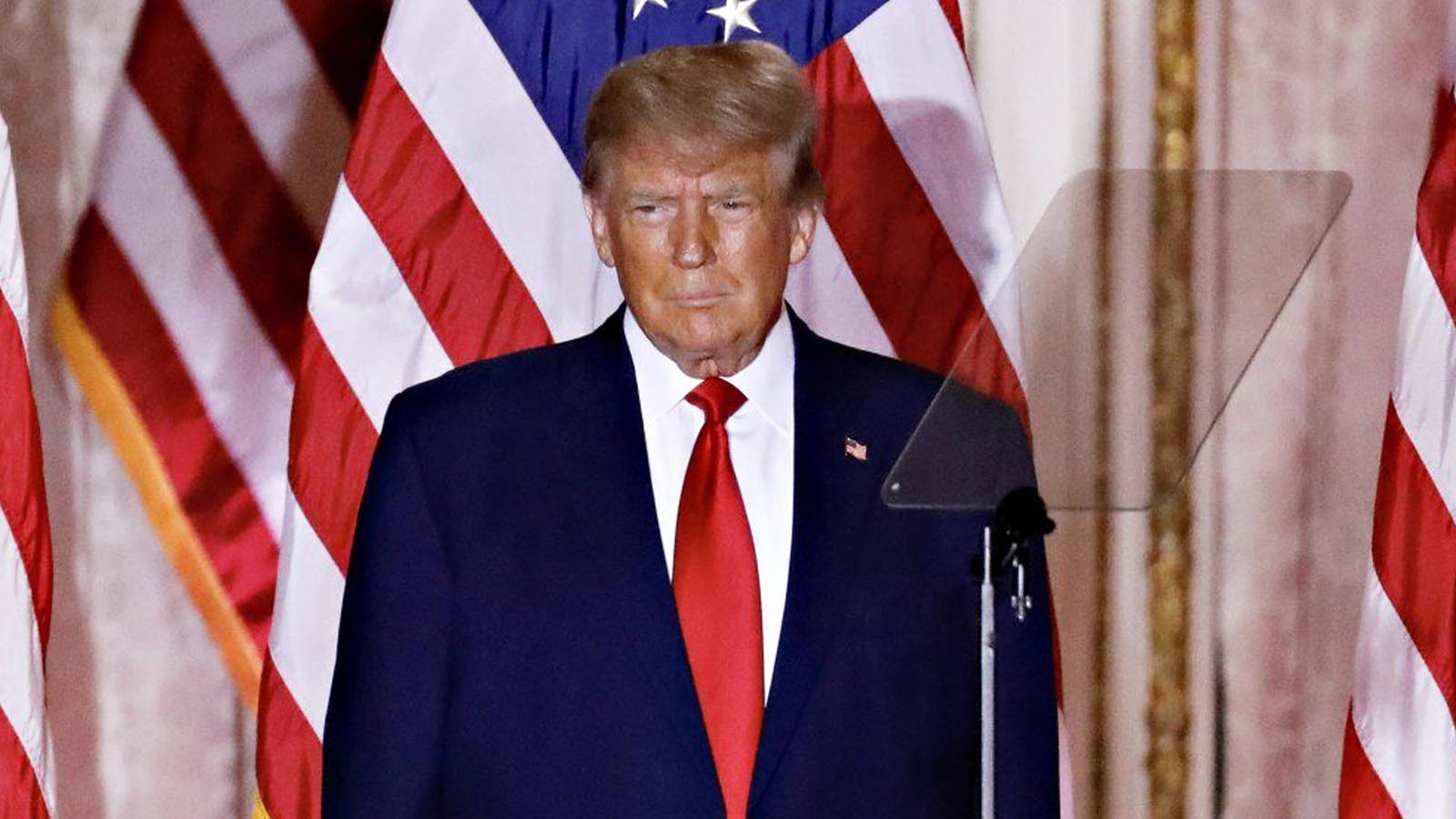 Former President Donald Trump announced in November that he was making another run for the White House. The 45th president filed the formal paperwork and told a crowd at Mar-a-Lago that “America’s comeback starts right now.”

While Trump settled the issue of whether he would run again, new questions emerged about who he may choose as a running mate. Politico previously reported that according to an unnamed Trump adviser, the former president is likely to choose a running mate “from three general lanes of candidates: women, conservatives of color, or a trusted adviser.”

A new report speculated that Trump allies are floating former Democrat Rep. Tusli Gabbard, who is now a Fox News contributor, as a potential running mate.

“Trump hasn’t started campaigning for the nomination and few people have been hired to run his operation in the early primary states, but allies have still been considering names for VP, The Daily Beast reported. After running for the Democratic nomination in 2020, Ms. Gabbard left the party last year. Gabbard has grabbed the attention of Mr. Trump during her appearances on Fox News, specifically when she stepped in to host Tucker Carlson’s show,” the Independent reported.

A Republican strategist was not fond of choosing Gabbard, saying it would be similar to President Joe Biden removing Vice President Kamala Harris from the ticket and choosing a former Republican like Adam Kinzinger or Liz Cheney.

“Sure, they stand up for you on a couple of issues, but they hate you on everything else. Cool, but let’s not give away the farm here,” the strategist said.

A few other names have also been pushed in the media as being on Trump’s 2024 “shortlist.”

In a recent Foreign Policy story titled, “Elise Stefanik Is Most Likely to Succeed,” the authors’ detail, “A young woman once hailed as the future of the Republican Party embraces Trumpism to stay that way.”

Meanwhile, in late May, CNN published a report speculating that Stefanik is high on the “running mate list.”

While talk about a 2024 vice-presidential pick is of course premature, conversations about adding Stefanik to a future Trump ticket have gained steam in recent weeks at Mar-a-Lago and in other Republican circles, sources said. Current and former advisers and others in Trump’s orbit have privately argued that the New York Republican, who replaced Rep. Liz Cheney as the no. 3 House Republican last year, is a fierce and loyal attack dog, and Trump would benefit from tapping a woman for vice president should he run again.

Two people familiar with the matter said Trump has been surveying close friends and allies on what they think of Stefanik, one of several Republican women he is possibly eyeing for the potential VP slot, though he has not ruled out a few male contenders, too. One of these people said the former President believes Stefanik has undergone a genuine transformation – leaving the moderate wing of the party to join its increasingly powerful “America First” flank.

“There is a part of Trump who thinks he needs a female VP. He definitely likes her, likely because of how effusive she is to him,” an adviser to the former president said.

Scoop — A look at Trump’s VP shortlist for 2024. Leading the entirely premature veepstakes are:

According to Robert Draper, a correspondent for The New York Times Magazine, Trump is eying Greene.

Draper said in an interview with The Daily Beast’s “New Abnormal” podcast “that Greene had risen quickly in her first term in Congress by using the same tactics she honed as a right-wing social media influencer harassing Democratic staffers, and she could shoot to the second-highest office in government,” Raw Story reported.

“Republicans kind of wanted to kick her to the curb immediately,” said Draper, per the outlet. “But instead, she became a fundraising dynamo, came to have this huge social media influence, and ultimately came to be very influential within the party itself.”

Draper went on to say that Trump has been seriously discussing Greene as a potential VP since February, and though he has likely considered others as well, Greene has another quality that may propel her to the top, the report said.

“She has been unflaggingly loyal to Trump throughout,” Draper said. “What is Trump concerned about most of all in a VP after the Mike Pence experience? Loyalty. He knows that if he needs someone to fight for him to overturn a presidential election. He has every reason to expect that Greene would be by his side and would be his proximate warrior.”