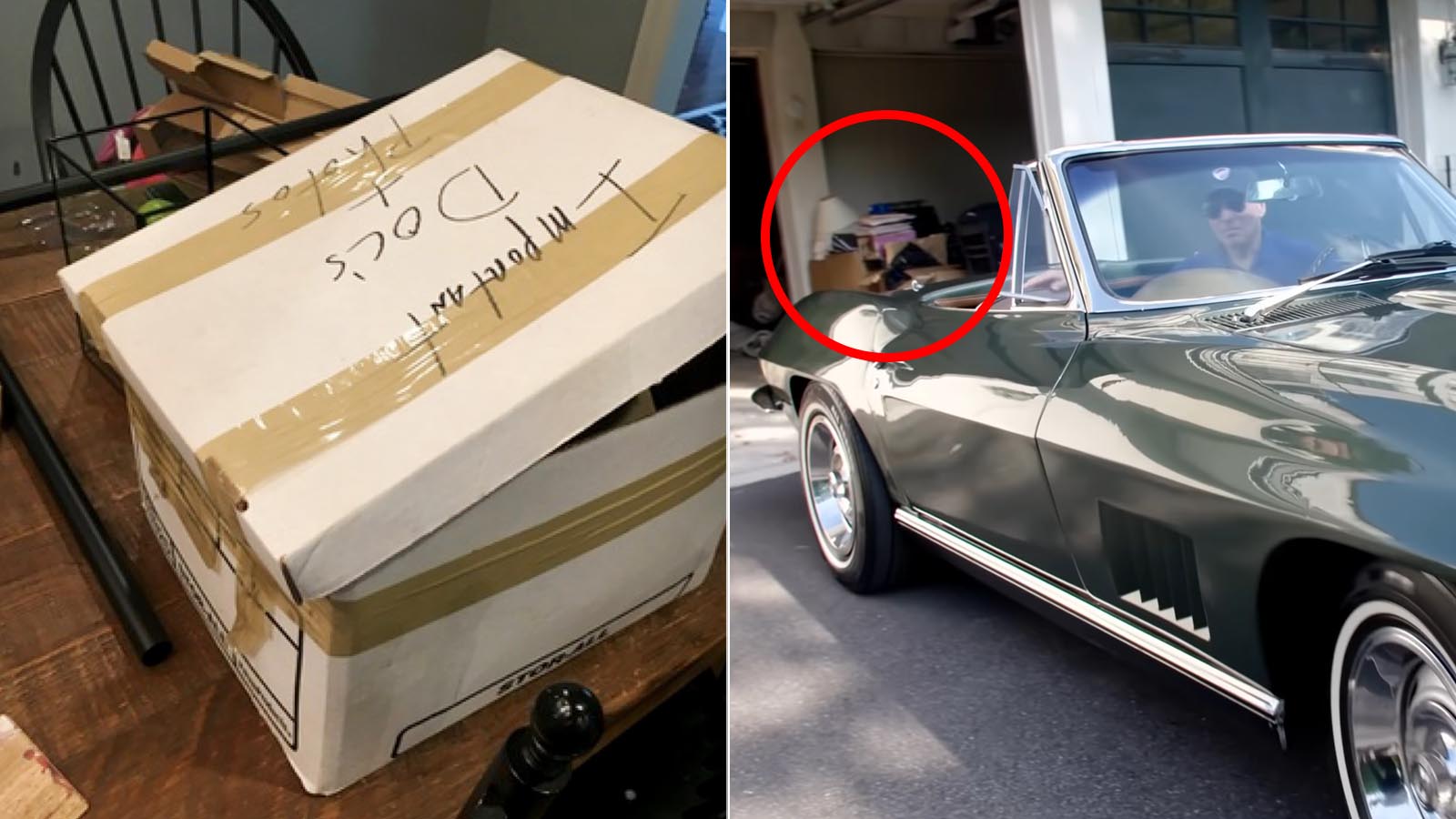 This can’t really be where Joe Biden kept classified documents he took from the White House — or can it?

A box labeled “Important Doc’s + Photos” was left unsealed on a table ahead of a child’s birthday party in the Delaware home where the 80-year-old president has been discovered to have stashed sensitive government records, a photo from his son’s laptop, discovered by The Post Friday reveals.

Another image on the infamous laptop reveals that Hunter Biden apparently made more than 160 trips to the sprawling, lakeside house in just 52 days during the same time he was involved in controversial business dealings with a Chinese energy conglomerate — and while the home contained the discovered classified documents.

During one visit, the first son — who has a history of drug and alcohol addictions — texted “Mom,” aka first lady Jill Biden, hours after midnight and asked “R u awake.”

After she responded, “Ok,” Hunter Biden wrote back, “My key fell off in the house. Ughhh I’m sorry.”

The event took place a little more than a week after Page Six exclusively revealed that the troubled first son was having an affair with his widowed sister-in-law, Hallie Biden, following the death of his brother, Beau Biden, from brain cancer in 2015.

A screenshot of text messages shows Hunter Biden invited the three daughters he shares with his wife to the party “at nana/pops.”

He was rebuffed, however, by the youngest, Maisy Biden, who wrote, “We are not ready to see adults yet.”

Images from Hunter Biden’s laptop show an array of family photos spread out on a dining table surrounded by chairs hours before the gathering, as well as a white cardboard file box with brown packing tape on it.

But the lid — which was covered with the words “Important Doc’s + Photos” written in black — had been opened and was ajar in the shot Hunter Biden snapped.

While it’s unknown what was actually in the box, reports have suggested Joe Biden may have taken the White House documents for use in writing his memoir, “Promise Me, Dad,” which was published in November 2017.

Another snapshot from later in the day shows his nephew sitting in front of a rectangular cake covered with white icing and burning candles as Joe Biden stood to the side and tilted it toward the camera.

President Biden has been engulfed in controversy since CBS News reported on Jan. 9 that the US Justice Department was looking into how classified documents from his time as vice president wound up at the Penn Biden Center for Diplomacy and Global Engagement in Washington DC.

President Biden’s lawyers alerted the feds to the discovery on Nov. 2, six days before the midterm elections, but it wasn’t made public until sources spilled the beans to CBS.