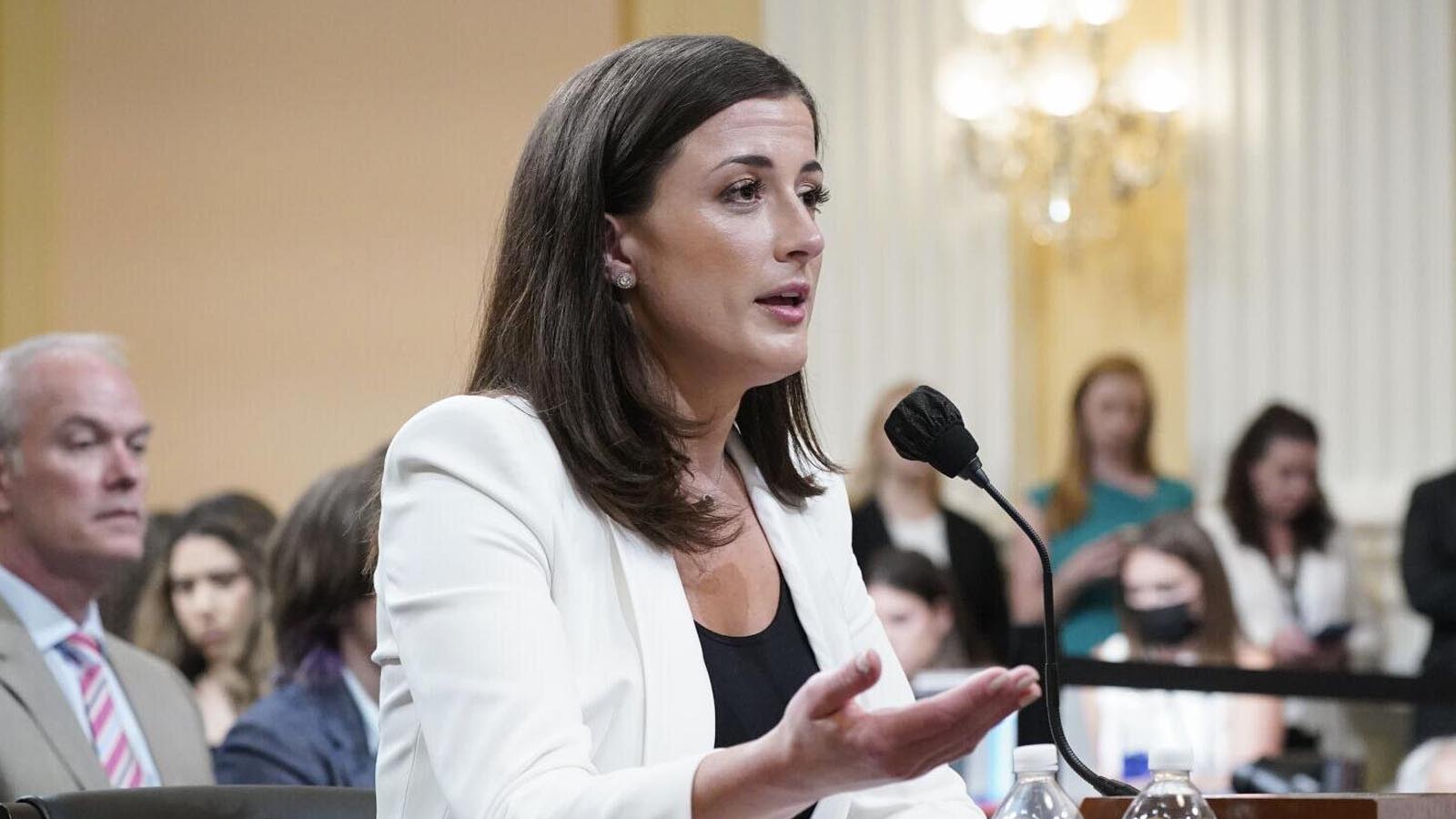 If you listened to Jan. 6 Committee witness Cassidy Hutchinson during her testimony before the Jan. 6 Committee — and granted, many people didn’t, since the Committee isn’t getting many viewers — you would have heard her tell a fantastic story about President Donald Trump supposedly lunging toward a Secret Service agent and grabbing the steering wheel of The Beast. Superhuman powers for a man in his 70s, able to leap tall Secret Service agents in a single bound, apparently.

But then Hutchinson’s testimony was shot down by alleged reports from the Secret Service agents she mentioned in her tale, and other parts of her story have also been called into question.

As we reported, she also had previously called the Jan. 6 Committee “B.S.”

Now, emails obtained by the Daily Caller may give us some indication.

“I was subpoenaed by the 1/6 Committee on November 9, 2020 [sic 2021], but was not formally served until Wednesday, January 26, 2021 [sic 2022]. I’ve had difficulty securing a legal team, and was hoping you may be able to put me in contact with any fundraising organizations and/or attorneys that are involved in this process,” Hutchinson said in the email to the former senior Trump official.

“My aunt and uncle applied to refinance their house to loosen up some money since I don’t have much immediate family, but they weren’t approved,” Hutchinson said in a separate email.

Former White House Chief of Staff Mark Meadows didn’t return her calls because he wanted to avoid the appearance of improperly influencing her testimony,

“Cassidy Hutchinson reached out to various people in Trump world asking for both financial assistance and help finding a lawyer. She told us she was in significant financial distress, had no family that could help, and couldn’t even afford food. She also told us Mark Meadows wouldn’t return her calls. To our knowledge, she spoke with multiple lawyers and chose Stefan Passantino to represent her,” a person with first-hand knowledge told the Daily Caller.

The person with first-hand knowledge also said that Trump officials were sympathetic because of her age and lack of employment and said at her request, Trump’s PAC agreed to help her financially and, at her request, suggested attorneys she could interview. The person also said Hutchinson made derogatory comments about the Jan. 6 committee to multiple people in Trump world.

So, how offended is she by Trump’s “actions,” if she’s calling the Committee B.S. and still going to the Trump team for help — lawyer and financial assistance? It doesn’t match her alleged story.

Further, it raises another question — how desperate for money was she?

“She was in horrible shape financially. She had no employment prospects because like, you know, coming out of the Trump White House election wasn’t exactly, you know, a great line on the resume. And she was desperate,” the other Trump official told the Caller.

“Every conversation that she described that she had with people from McCarthy to Ratcliffe to Cipollone never happened,” the official added.

“She made it sound like all these people, I mean, I was in that West Wing, that these people basically were reporting to her and she was giving Meadows advice. And I’m like, What? I was there … But here’s the part that I do know firsthand she was supposed to take a job in Palm Beach,” the former senior Trump official said.

“All I know. She was thrilled to go down there. Thrilled. Thrilled. This is after January 20!” the former official continued.

“I was in D.C. and I met her and she was distraught because she was told she couldn’t go to Palm Beach anymore. And she was told that because they heard she couldn’t be trusted and she’s a leaker and not honest and all of these things. And I will tell you, that was coming from all her contemporaries.”

Hutchinson then allegedly told the former senior Trump official that all she wanted was to be sure that Trump does not think she is the person people were saying she was.

“It really was sad to me. At that point, all she cared about was making sure, she (Hutchinson) goes, ‘I just want to make sure President Trump doesn’t think I’m that person that people are saying I am.’ And I, frankly, I never talked to him about it,” the former official added.

So, she was so offended by Trump’s actions on Jan. 6, she wanted to go work for him? But then was upset when people would doubt her veracity? Sound like those people were right on target. But then maybe that explains now why she’s suddenly flipped.