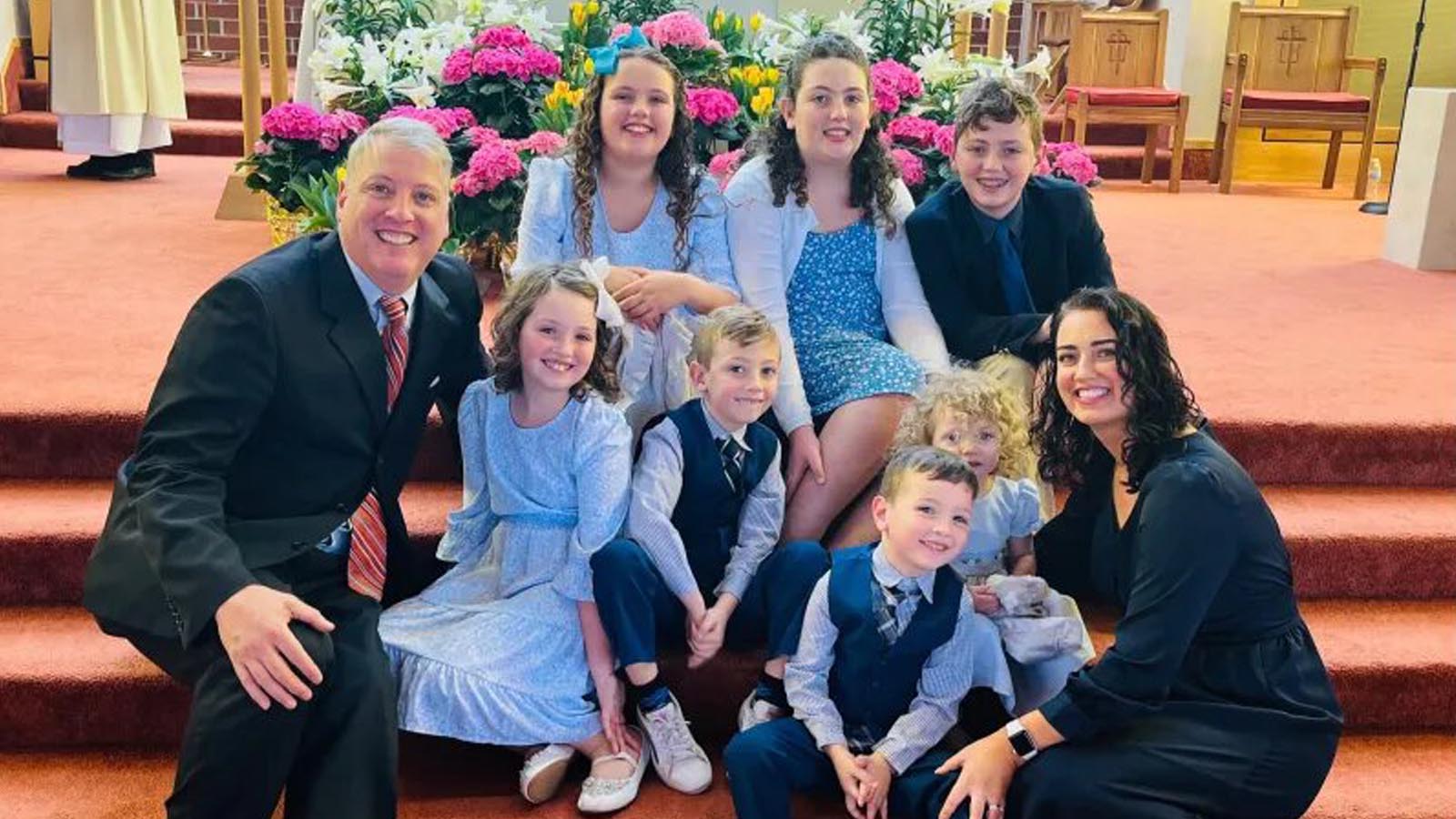 RedState brought you the story last week of how between 20-30 armed FBI agents showed up early on the morning of September 23 at Catholic activist Mark Houck’s home, pounding relentlessly against the door until he opened it, flashing semi-automatic weapons at his wife and seven children, then taking him away—handcuffed with a belly-chain—while his terrorized, screaming family cried in the background. His crime? He allegedly shoved a man who was verbally abusing his 12-year-old son and getting up into his face.

What in the world is going on here? We all know that you can throw someone in front of a moving subway car in NYC and be back out on the streets by lunchtime, so why bring down the full power of the federal government on this guy?

Just the other day, a drunken man drove over and killed an 18-year-old because he thought he might be a MAGA Republican. Was this man surrounded by heavily-armed Merrick Garland troops and hauled away, shackled and humiliated? No, he was let out after just a few days.

This CR would hand over billions of taxpayer dollars to the authoritarian bureaucrats the Biden administration is using to TARGET Americans. It includes:

The 47-year-old Houck is the Co-Founder & President of The King’s Men, a pro-Catholic, pro-masculinity advocacy group. He pleaded not guilty Tuesday to federal charges of violating the Freedom of Access to Clinic Entrances (FACE) Act.

The lunacy on display here is mind-boggling: A) local officials and the Philadelphia district attorney declined to press charges last October when the encounter took place. Why? Because there wasn’t enough evidence of a crime. B) When Houck found out the Department of Justice was investigating, he offered to turn himself in. The DOJ however, declined that option and decided a full military assault was the better way to go. C) The charges are obviously bogus and trumped up. It is an unbelievable stretch to imagine that Mark Houck was deliberately preventing someone from obtaining an abortion when he was simply protecting his son from an unhinged protester. He now faces up to 11 years in prison, if you can believe it.

It is once again, sadly, another example of the wholesale politicization and militarization of our Department of Justice.

The FBI tried to downplay the incident, saying that no SWAT operators were involved and that no weapons were pointed at the family. That lame retort does not explain why the heavily-armed agents were needed in the first place.

You might be wondering how Mark Houck's family's doing. I talked with Brian Middleton and this is what he told me. pic.twitter.com/zYsUYqu3hM

To me, what’s so terrifying about this incident is that Houck has no ties to Q-Anon, has no criminal record, had nothing to do with Jan. 6, and is not a known Trump associate—he’s just a guy. Meaning that Attorney Merrick Garland is now using the awesome powers of the federal government to go after regular American citizens for the crime of not agreeing with Joe Biden.

Houck’s wife Ryan-Marie Houck and the family’s lawyer are now speaking out, appearing on Tucker Carlson’s show Tuesday night to describe the chilling details of the Stalinist raid:

BREAKING: Catholic leader Mark Houck's wife Ryan-Marie describes the moment 20-30 armed FBI agents showed up to their house to arrest her husband and they have pictures:

"My entire front yard you could barely see it. It was covered in 15 cars and trucks." pic.twitter.com/AZ2ynlbKPS

It was devastating. I mean just as you could imagine, I mean, it’s hard to even express the victimization and you know how traumatized we all are due to this unnecessary thing that happened to us…

Asked how many agents showed up, she replied:

It had to have been 20, 25, 30. I mean we have a large property, my entire front yard, you could barely see it. It was covered with at least 15 big trucks and cars, and there were, you know, like I said, 20, 25, 30, men, women, completely in jackets with shields and helmets and guns and they were behind cars. It was, I mean, something I would never expect to see on my front lawn. It was crazy.

Asked how her kids were doing after watching their father be escorted away by faceless paramilitary forces, Mrs. Rouck said:

It’s hard to tell… The older ones, we can talk, we can cry. You know, we’ve had some counseling…

We’ve seen the amphibious assault on Roger Stone, the Mar-a-Lago raid, and so many other examples of the use of disproportionate force against non-violent “suspects.” To me, this latest raid is the scariest of all, because it was against an everyday citizen—it could be you or me—who was involved in what could at most be described as a minor incident.

The message from the Biden Administration is loud and clear: espouse anti-abortion views, or any views contrary to the regime’s, and you stand a good chance of finding a phalanx of agents with semi-automatics at your door. This is not the U.S.A.