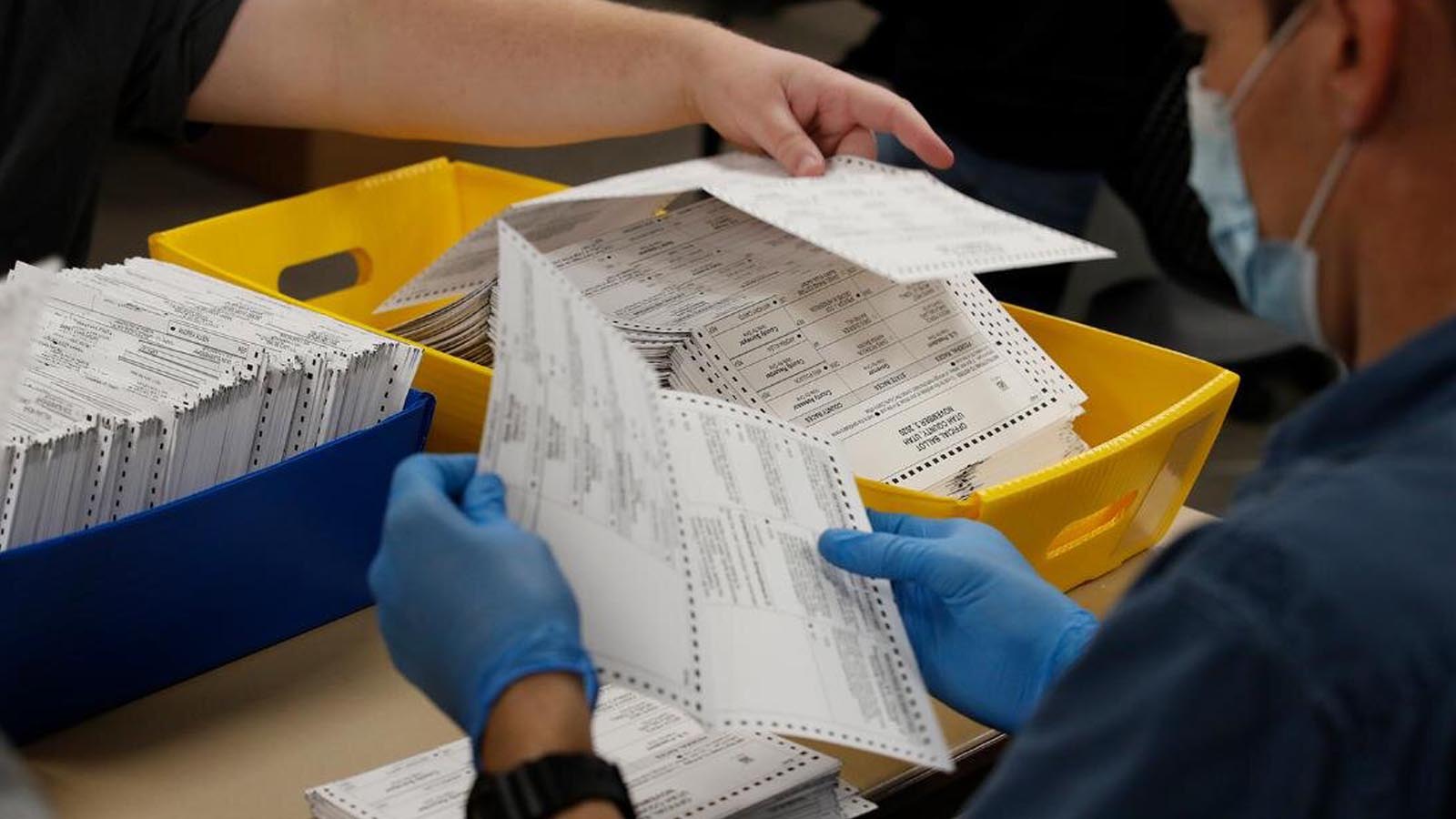 As previously reported, hand counts of ballots were supposed to take place in rural Nye County, Nevada. The Nye County Commission had voted to ditch electronic voting machines and use hand-counted paper ballots.

The 4-1 vote led to the resignation of Nye County Clerk, Sandra “Sam” Merlino. The commission then voted to appoint an interim clerk, Mark Kampf, to oversee the election. Kampf is a Republican on the midterm ballot running for the county clerk seat.

In August, the Nevada Secretary of State held a virtual workshop for the public’s input on proposed regulations for tabulating ballots by hand, ahead of a virtual hearing on August 26.

During the August hearing, an amendment was prompted by Kampf’s opposition to the proposed language during the workshop. The regulation should only apply to counties that use only hand counting, while Kampf’s proposal runs ballots through mechanical tabulators and checks results by hand count. So, the SOS guidance did not apply to Nye County’s “parallel tabulation” method. Mark Wlaschin, the deputy secretary of state for elections said,

“If a county election official decides they’re interested in conducting a hand count audit, or a hand count tabulation, but are going to use as the primary method of tabulation a mechanical system, then these regulations are in essence recommendations, but not required,”

Now, the Secretary of State’s office has ordered the counting of ballots in Nye to stop, following a Nevada State Supreme Court ruling that held the method violates state law. CNN reports:

The shutdown stems from the state Supreme Court requiring that the hand count be conducted in a way that prevents the public release of early results. The American Civil Liberties Union of Nevada, which had gone to court to stop the counting, said that reading aloud the votes each candidate received within ear shot of public observers violates state law.

The state’s high court, in a ruling Thursday evening, sided with the ACLU’s arguments and left it up to the secretary of state’s office and Nye officials to determine the next steps.

Nye County Clerk Mark Kampf tells me that the hand-count of ballots has STOPPED.

The Secretary of State’s office sent a letter today stating that the process must cease immediately.

This morning, the @ACLUNV filed an emergency motion arguing that observers could access results. pic.twitter.com/lAkRfvDt8i

Lawsuits from the ACLU of Nevada had been anticipated. During the Aug 26 hearing, approving the temporary regulations, the ACLU’s concerns and arguments were not about leaking election results early. During the hearing Sadmira Ramic, an attorney with ALCU of Nevada said,

“I think this is a slippery slope that will have dire consequences for the state. It’s just a recipe for chaos, and this backward direction in our process of voting is something that we should be fighting against vigorously.”

When Washoe County considered a hand-counting proposal similar to the one in Nye County, Holly Welborn with the ACLU of Nevada called the proposal “patently illegal”.

On the first day of counting the midterm election votes, ACLU claimed in a lawsuit that one of their observers was removed by an armed volunteer who asked to see their notes to assure they were not keeping tally of the votes. Nye County’s residents are 15.6 percent military veterans and are firearm friendly. This year, rural Nye approved carrying firearms in certain parts of courthouses. Nevada is a permitless open-carry state. Armed civilians in Nye County, or anywhere in Nevada, are not uncommon or considered alarming.

While I was observing, Nye Co. Clerk Mark Kampf asked to speak w/ me outside of the room. I stepped out. He asked if I was recording results.

I showed him my notebook. He could see that I was not recording results. I went back inside the room.

The exchange was brief

The Executive Director of the ACLU of Nevada, Athar Haseebullah, said the first day of counting was, “an embarrassing day for our democracy,” and that “a historic disaster is brewing in Nye County” while condemning the process as being “at a snail’s pace.”

On October 4, the ACLU sued over the hand counting. On October 12, the lawsuit was dismissed. The ACLU appealed the lawsuit to the Nevada Supreme Court. On October 21, the court ruled that Nye County couldn’t live stream as had intended to do and required observers to not release information regarding the election results before Election Day. The Nevada Current reports:

At the request of the secretary of state’s office, attorneys with Marquis Aurbach, which represents Nye County and its interim election clerk Mark Kampf, submitted a letter Monday agreeing to provide new conditions going forward with the count that including setting up six different rooms tallying ballots to prevent observers from learning the results.

On Wednesday the ACLU filed an emergency motion after the first day of hand ballot counting in Nye.

Following the state Supreme Court’s ruing, in a Thursday night letter, Wlaschin told Nye County’s interim clerk that local officials counting ballots “must cease immediately.” The letter indicates that counting “may not resume until after the close of polls on November 8, 2022.”

On Thursday, Ramic called the counting cessation, “a victory for all who believe in democracy.” In a statement she said,

“Our position has always been that a general election is not an appropriate avenue for conducting experiments with election processes, and it has become increasingly clear that there is no path forward for this hand-counting process under the law,”

Nye County spokesman Arnold Knightly said they will cease counting ballots, pending approval of their plan with the SOS, saying,

“We will not conduct hand counting today, but will resume as soon as our plan is in compliance with the Court’s order and approved by the Secretary of State,”

Jim Marchant, who is the Republican nominee for Nevada Secretary of State, who lobbied Nye County to adopt the hand counting method believes it has improved voter confidence and turnout. Marshant told 360 News,

“Nye County Commissioners showed great courage and today the results are clear. More people in Nye County are voting than ever before because they have confidence that their vote will be counted and their voice will be heard.”

While Republican strong-hold Nye County continues to develop a process for hand counts with a goal of future permanence, the ACLU aims to stop them from being conducted or adopted in the future.