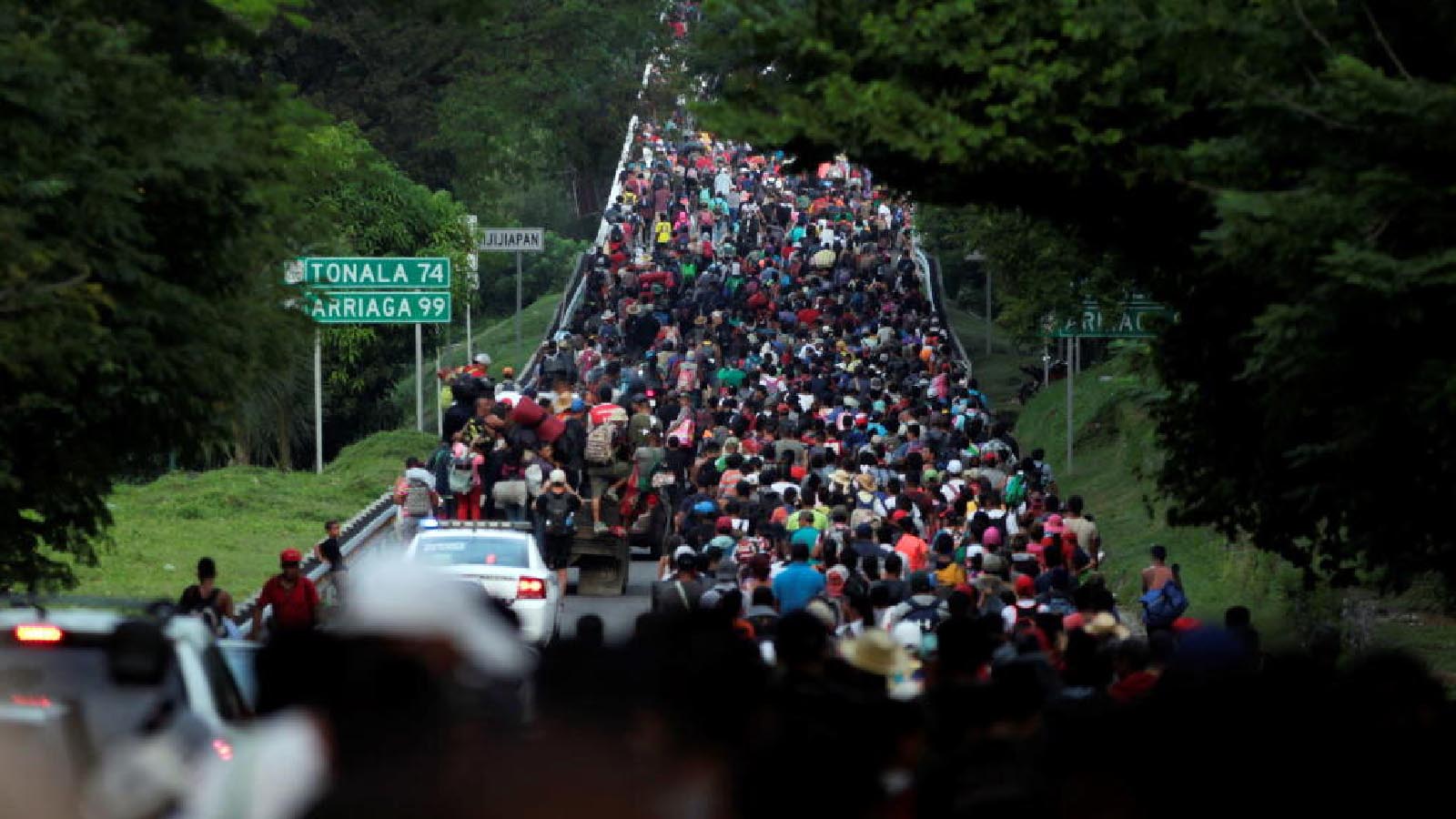 A migrant caravan numbered at nearly 10,000 people, possibly the largest ever, departed from the Mexico-Guatemala border Monday and is headed to the United States.

The caravan left Tapachula on Monday and currently has about 9,500 migrants mostly from Venezuela, Cuba, and Nicaragua. It is predicted to add several thousand more people before it reaches the southern border by a coastal route, according to Fox News.

One of the caravan members, a Haitian migrant, told Fox News they expect President Joe Biden to keep his campaign promises and permit them to seek asylum in the U.S.

“He promised the Haitian community he will help them,” the migrant said. “He will recall Title 42. He will help us have real asylum.”

Luis Villagran, the caranvan’s organizer, gave more details to Fox News on the size and progress of the caravan.

“We consider we are around 9,500, it measures 51/2 km from the start to the end, people keep on joining, in the first police check there were approx 100-150 national guard, INM, state police and let us through freely,” Villagran said.

A federal judge in May prevented the Biden administration from rescinding the public health order known as Title 42, a pandemic policy that requires migrants seeking asylum to the U.S. to wait outside the country for processing. Title 42 also grants immigration enforcement extra authority to deport migrants that enter the country illegally.

Immigration activists and left-wing groups have accused the Trump-era Title 42 order of being xenophobic and anti-immigrant. They have put pressure on the Biden administration to lift the order, but 24 Republican-led states filed a lawsuit to prevent the president from doing so. These states say lifting Title 42 would lead to a massive surge in illegal immigration, which would overwhelm state resources and worsen the humanitarian crisis at the border.

Homeland Security Secretary Alejandro Mayorkas has repeatedly stated his department will continue to enforce Title 42 and has warned migrants not to make the dangerous journey to the United States.

“The restrictions at our southwest border have not changed. Single adults and families encountered will continue to be expelled, where appropriate, under Title 42. And those who are unable to establish a legal basis to remain will be removed,” Mayorkas said last month.

Though Mayorkas insists immigration laws are still being enforced, President Joe Biden has sought to undo many of his predecessor Donald Trump’s strict immigration policies. Upon assuming office, Biden canceled construction of a wall on the southern border, prioritized immigration enforcement against known criminals and terrorists instead of all illegal immigrants, reinstated catch-and-release policies, and worked to end Title 42.

Republicans have accused Biden’s policies of encouraging illegal immigration, while the administration insists crime, corruption, and natural disasters in south and central America are causing people to come to the U.S. in increased numbers seeking a better life.